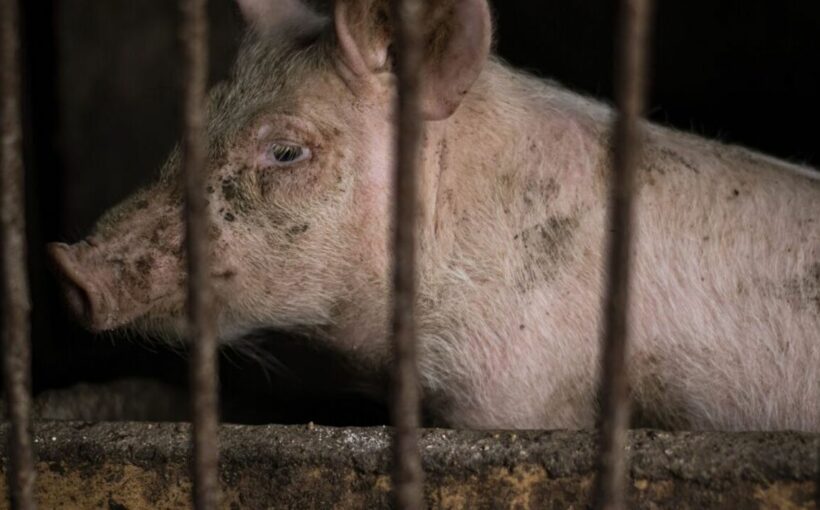 A butcher was killed by one of his pigs after it lashed out at him just after he had stunned it in an abattoir. The 61-year-old suffered a wound from a 15-inch meat cleaver after the pig knocked him to the ground – although his precise cause of death is yet to be determined.

Hong Kong police say the butcher worked at the Sheung Shui Slaughterhouse near the city’s border with China. He had just shot the pig with an electric stun gun, when it regained consciousness and knocked him to the ground.

A colleague later found him unconscious with the cleaver in his hand and a wound on his left foot. He was taken to hospital, where he was later found dead.

The local region’s labour department has launched a probe into the freak event, and expressed its “deepest sympathy” to the butcher’s family.

In a statement, the department said: “The Labour Department is saddened by the death of the person and expresses its deepest sympathy to his family,” it said in a statement.

“We will complete the investigation as soon as possible to identify the cause of the accident, ascertain the liability of the duty holders and recommend improvement measures. We will take actions pursuant to the law if there is any violation of the work safety legislation.”

The status of the pig is not currently known.

It comes shortly after a report by the Animal Equality and the Animal Law Foundation stated that less than three in 100 of the UK’s roughly 291,000 farms had an annual inspection by a public body between 2018 and 2021, amid mounting concerns around animal welfare in the country.

The report added that just one in 300 complaints about animal welfare in UK farms led to a prosecution over the last four years – adding, crucially, that half of the accused holdings were not even inspected. There is only one inspector for every 205 farms in the UK.

Data was gathered for the report from 65 investigations, conducted by several animal protection organisations between 2016 and 2021.

Some of their more shocking findings included evidence of cows being unable to walk or stand, hens crammed into overcrowded cages, and pigs having their tails cut off – but in over 69 percent of cases, no formal action was taken.

It is very unusual for pigs to be violent, and usually they are only when protecting their young. The animals are considered highly intelligent, with an aptitude for social interaction, emotional cognition, the ability to feel pain and hygiene routines.