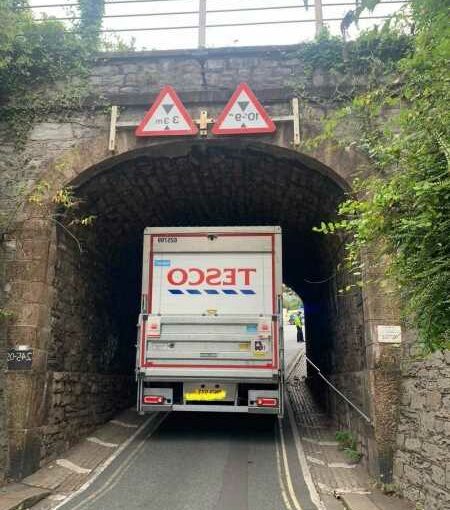 PLYMOUTH and Cornwall have been "cut off" after a Tesco lorry crashed into a railway bridge, leaving holidaymakers stranded on platforms.

Trains are unable to enter Cornwall after the supermarket lorry got stuck underneath the railway bridge on Bank Holiday Monday. 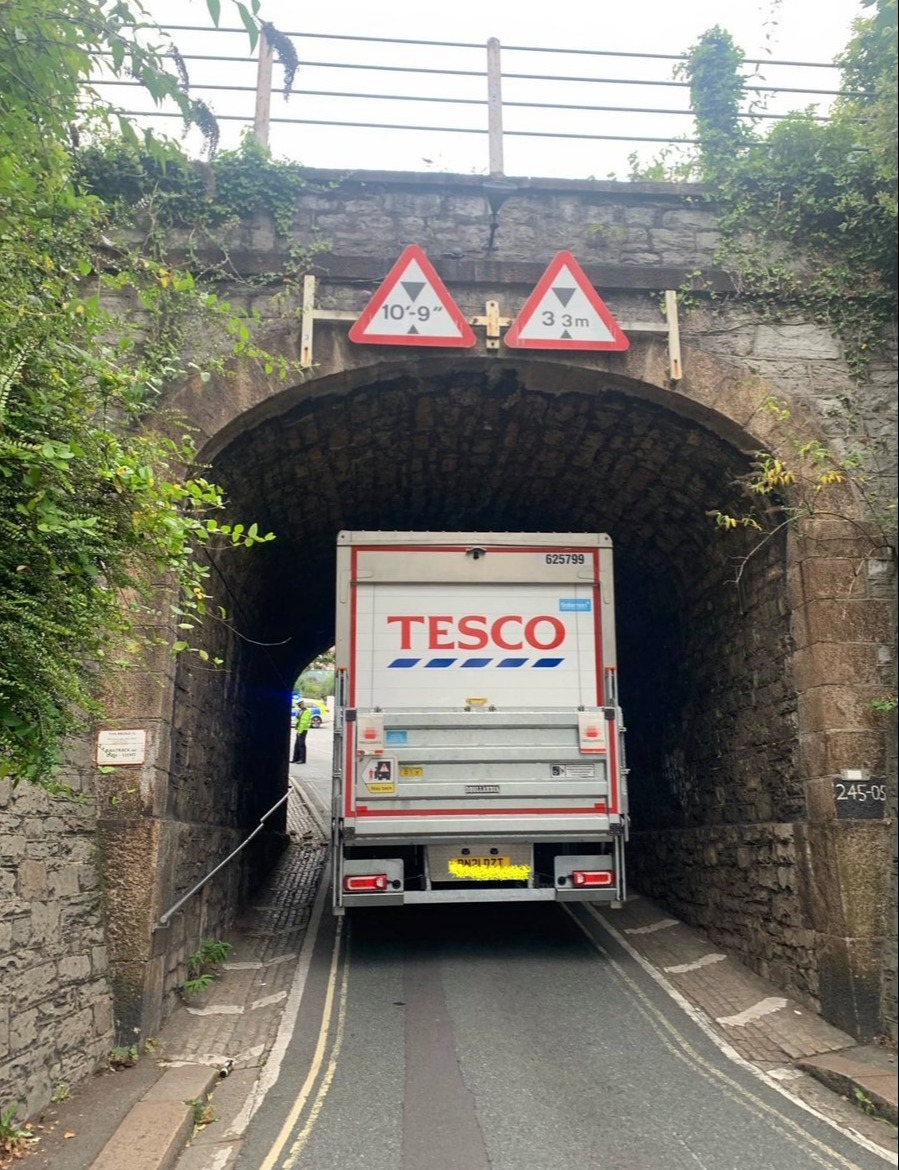 The Tesco truck first got wedged Monday afternoon at 3.30pm after hitting the bridge in Mannamead, Plymouth.

Network Rail have since confirmed that train services would be affected between Plymouth and Totnes through to Wednesday, September 1 at the earliest.

A Network Rail spokesperson said on Monday: "Services to and from the south west continue to be delayed or cancelled.

"It's because a lorry hit a bridge near Plymouth this afternoon."

We're sorry for the delays and advise passengers to check at @GWRHelp before travelling – tickets for today are valid for tomorrow."

And Great Western Railway said this morning: "Due to a lorry hitting a railway bridge between Plymouth & Totnes only 1 line is open.

"Train services running through these stations may be cancelled, delayed or revised."

Yesterday evening, one affected traveller said: "GWR need to get their act together.

"Hundreds of people allowed to board trains to London from Cornwall which terminate at Plymouth with no hope of any trains to Paddington tonight."

Limited replacement road transport is running between Plymouth and Exeter St Davids and Plymouth and Tiverton Parkway, but will not be stopping at the intermediate stations.

But others are finding alternative ways to get home – and praised the rail staff for their help after the "unfortunate" end to the Bank Holiday.

One person wrote: "Just got home to Norwich after getting the train from Exeter instead of Plymouth.

"All @GWRHelp staff were so helpful after the unfortunate end to a bank holiday."

Other vehicles can not get through the road or bridge as a result of the lorry-shaped blockage.

One eyewitness told Plymouth Live: "How could he not know the size of his brand new Mercedes lorry?"

"A lorry is stuck underneath the bridge.

"Service suspended on CrossCountry and Great Western Railway between Plymouth and Totnes due to road vehicle hitting a bridge." 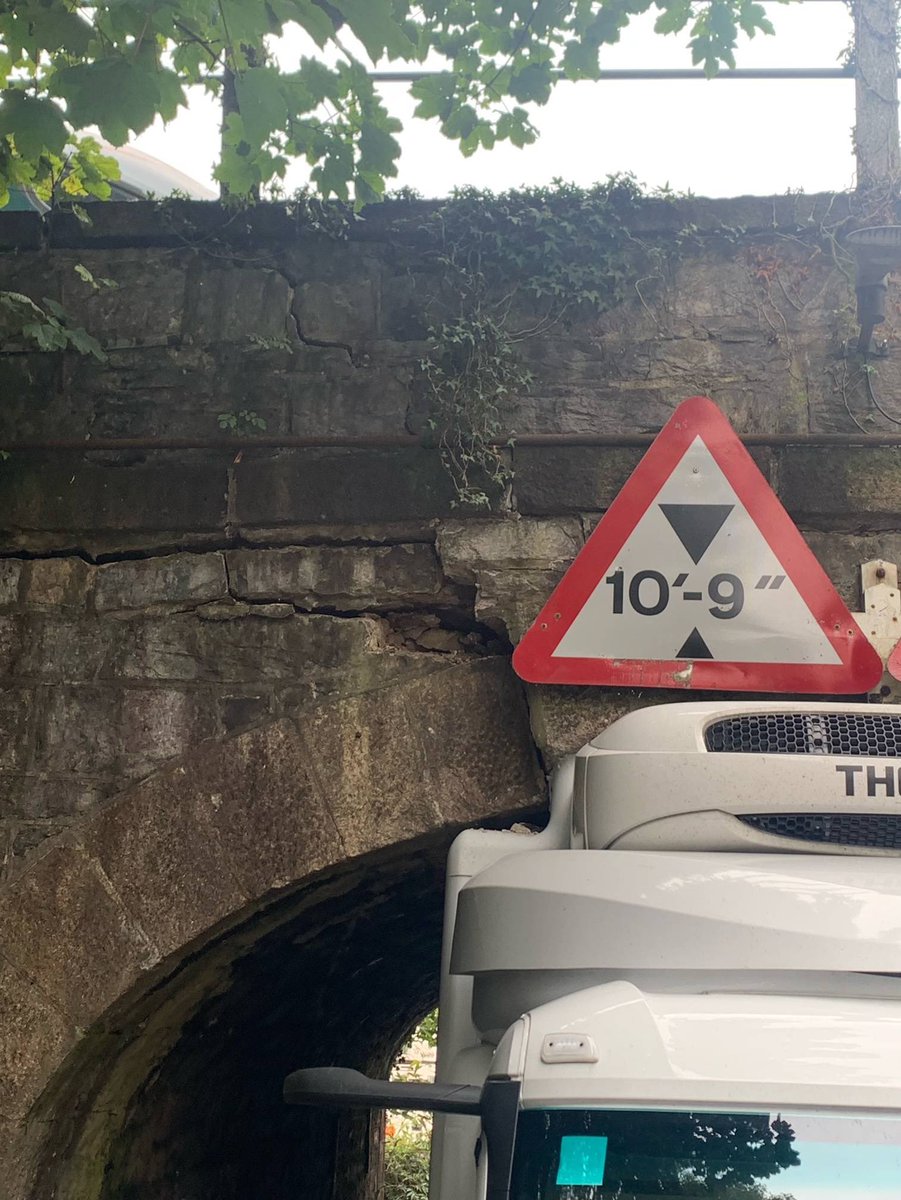