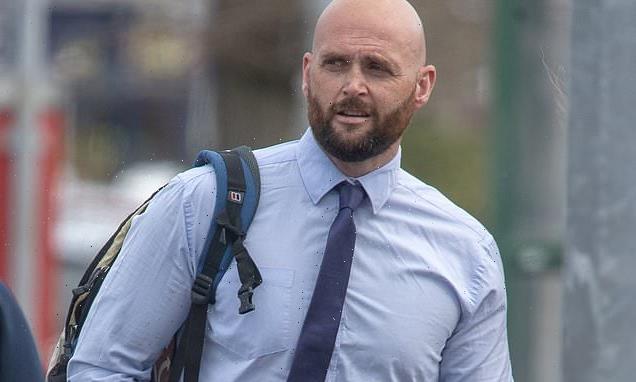 Police officer, 43, faces misconduct hearing and the sack after being caught on a country walk 20 miles from his home during lockdown while on sick leave

A police officer is facing the sack for going on a mountain hike 20 miles from his home while on sick leave and in breach of Covid restrictions.

Mark Lee, 43, travelled to Cwm Idwal in Snowdonia, north Wales, with his partner and her autistic child on December 29, 2020, when Wales was an Alert Tier 4 area.

But he was spotted by a sergeant colleague at a petrol station on his day-trip jaunt.

PC Lee, who had served as a police officer for 12 years, was previously fined £600 at Llandudo Magistrates Court after pleading guilty to being away from his home, which was then in Colwyn Bay, without a reasonable excuse.

The officer, who was also landed with £700 prosecution costs, is now facing a misconduct hearing for his day out. 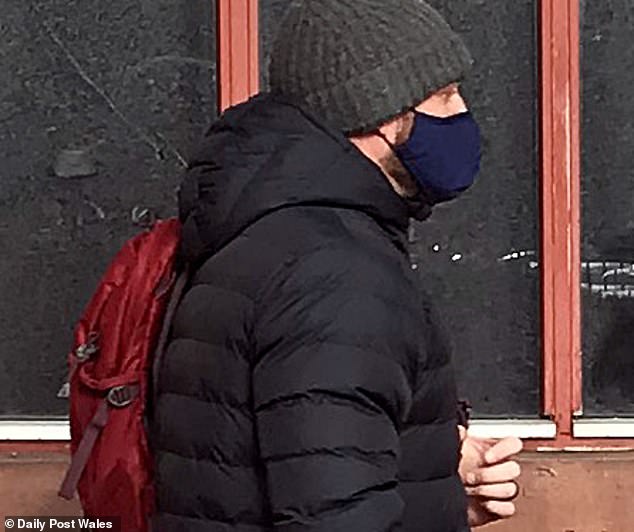 PC Mark Lee, 43, pictured leaving court after his sentencing last October, when he was fined £600 with £700 prosecution costs 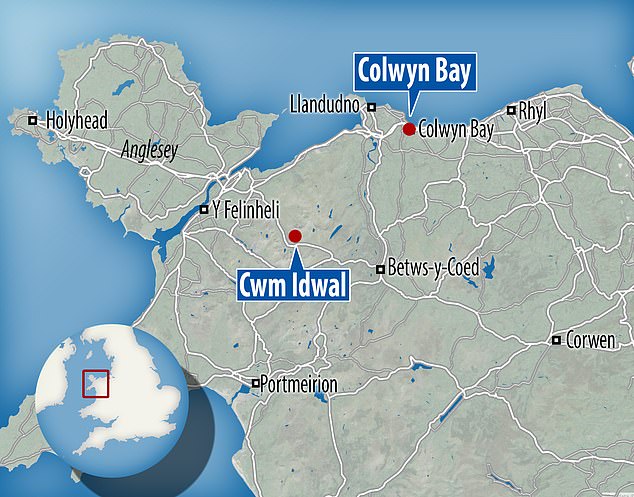 PC Lee traveled 20 miles with his partner and her son from their home in Colwyn Bay to Cwm Idal in December 2020, when Wales was in Tier 4 restrictions

During his court case, PC Lee of Trefor, Porthmadog, claimed he was unaware of the restrictions that had come into force and had been on sick leave.

Prosecutor Helen Hall said: ‘There were plenty of other open spaces where he could have exercised. Ignorance of the law is no defence.’

But Richard Orme, defending Lee, stated: ‘It beggars belief that we have a police officer who has served the locality and members of he public to the best of his ability with decency and candour.

‘It is to his credit that he’s someone who has pleaded guilty to breaching coronavirus regulations by walking in the wrong place. It’s a mightily brave guilty plea before this court today.

‘He’s aware that locally and nationally officers have issued tickets for breaches.  He readily accepts that he must abide by the regulations too.’

PC Lee is now set to face a misconduct hearing at North Wales Police headquarters in Colwyn Bay on Thursday.

It is alleged he breached the ‘standards of professional behaviour relating to discreditable conduct which constitutes gross misconduct’.