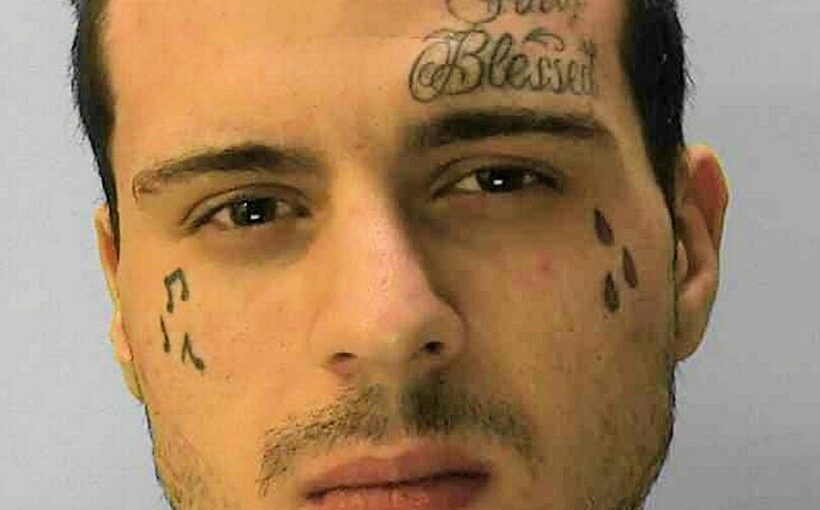 A man allegedly told Buckingham Palace staff "I want to see the Queen" before police handcuffed him for trespassing.

Westminster Magistrates' Court heard Attridge refused to stop as he made his way onto royal grounds behind an authorised car.

Attridge made it as far as three to five metres beyond the palace boundary when he is said to have told a member of household staff: "I want to come in. I want to see the Queen."

The defendant who has a facial tattoo reading "truly blessed", appeared in the dock on Tuesday charged with trespassing on a protected site on May 29.

Attridge's arrest comes amid heightened security around the palace in the run-up to the extended bank holiday to celebrate the Queen's 70-year reign.

On June 2, Trooping the Colour, the sovereign's official birthday parade, will kick-start the four days of festivities, with the expectation the Queen will join working members of the royal family on the Buckingham Palace balcony.

"This is one of the most high-profile weeks in history, with it being the 70th anniversary," said prosecutor Leila Nahaboo-Osman.

She said the area where the defendant allegedly trespassed is "one of the most heavily guarded places in London".

Daniel Mullin, defending, said his client suffers from mental health issues, did not use "stealth" and had "no motive or desire to go further than he did", having allegedly breached the boundary by just metres.

"This was at worst reckless and at best bordering on an accidental offence," he said.

District Judge Nina Tempia adjourned the case to June 28 for the Crown Prosecution Service to obtain consent from Attorney General Suella Braverman, which is required in cases involving trespass on a protected site.

She granted Attridge, from Eastbourne, East Sussex, bail with conditions, including a curfew monitored by electronic tag and exclusion from London, except to attend court.

The alleged incident is the latest involving the Royal Mews – which houses the royal family's horses.

Earlier this year, American tourist Joseph Huang Kang, 24, was fined £200 after jumping over the fence into the Mews on the afternoon of December 10 last year in the midst of a psychotic episode.