Pope Francis updated the Catholic Church’s criminal code on Tuesday, making it a crime to groom children or vulnerable adults for sexual abuse.

Laws around sexual abuse were also extended to make possessing child pornography a crime in the most extensive revision since the current code was approved by Pope John Paul in 1983.

It comes after decades of sexual abuses scandals involving Catholic priests around the globe – a stain the Argentine pontiff has striven to tackle since becoming pope in 2013. 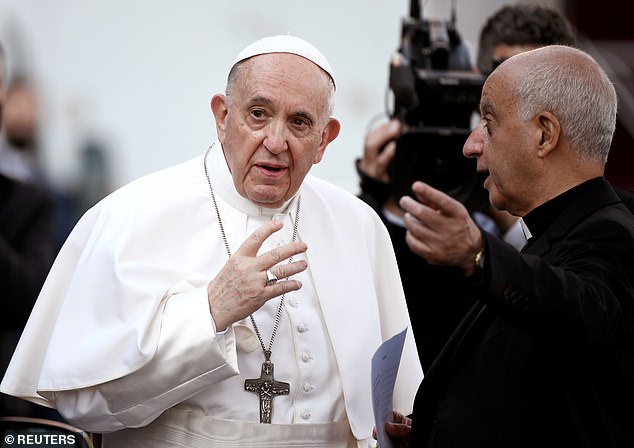 Pope Francis arrives to leads Holy Rosary prayer in Vatican gardens to end the month of May, at the Vatican, May 31

The purpose of the revision, wrote Francis in introducing the changes, is ‘restoration of justice, the reform of the offender, and the repair of scandal.’

The revision, which has been in the works since 2009, involves all of section six of the Church’s Code of Canon Law, a seven-book code of about 1,750 articles.

In the overhaul, sexual abuse of minors was put put under a new section titled ‘Offences Against Human Life, Dignity and Liberty,’ instead of the previously vague ‘Crimes Against Special Obligations’.

The new section, involving about 80 articles concerning crime and punishment, incorporates some changes made to Church law since 1983 by the popes and introduces new categories. 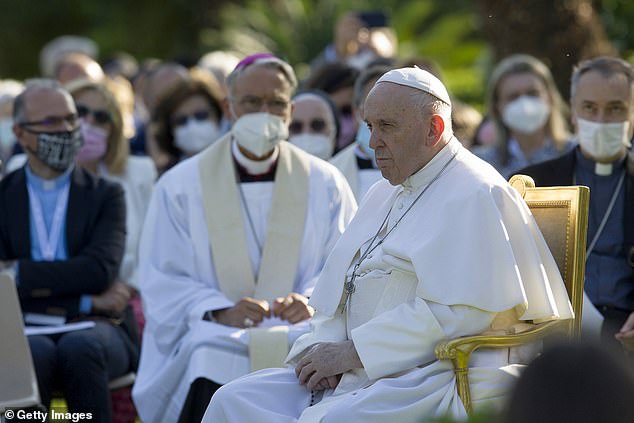 Pope Francis leads recitation of the Holy Rosary in the Vatican Garden’s Grotto of Lourdes on May 31, in Vatican City, Vatican

The changes come after repeated complaints that the code’s previous wording was outdated and intransparent.

Monsignor Filippo Iannone, head of the Vatican department that oversaw the project, said there had been ‘a climate of excessive slack in the interpretation of penal law,’ where mercy was sometimes put before justice.

The pontiff also reminded bishops that they were responsible for following the letter of the law and that one aim of the revisions was to ‘reduce the number of cases in which the imposition of a penalty was left to the discretion of authorities’.

He convened an unprecedented summit on clerical sex abuse in 2019 while lifting secrecy rules that hindered investigations of abusing priests, among other measures.

A priest is to be stripped of his office and punished ‘with other just penalties’ if he commits such offences with a minor, the new code says.

Similarly, a priest who grooms or induces a minor ‘to expose himself or herself pornographically or to take part in pornographic exhibitions’ will be similarly punished. 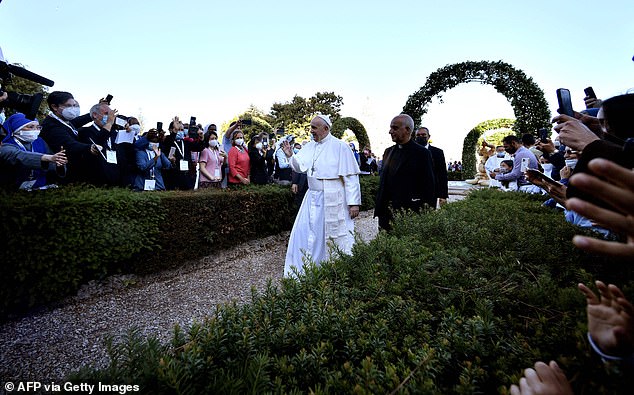 Pope Francis leaves after leading the last prayer of the global prayer marathon for the entire month of May, praying for an end to the coronavirus (Covid-19) pandemic, in the gardens of The Vatican on May 31

One aim of the revision, wrote Francis, was to reduce the number of penalties left to the discretion of judges, especially in the most serious cases.

‘The new text introduces various modifications to the law in force and sanctions some new criminal offences, which respond to the increasingly widespread need in the various communities to see justice and order reestablished that the crime has shattered,’ he wrote.

Other technical improvements related to ‘the right of defence, the statute of limitations for criminal action, a more precise determination of penalties,’ added Francis.

The changes will take effect in December.

Despite recent measures to root out abuse by priests and increase transparency, some victims say the Vatican still has not gone far enough to protect children even in the West, where intense media coverage of paedophile priests has led to greater scrutiny of church practices.