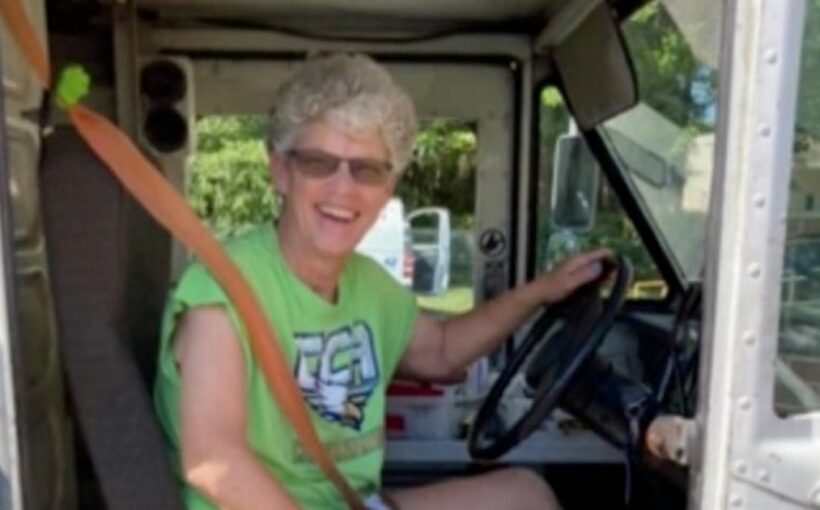 A postwoman was mauled to death by a group of five dogs in a horrific attack after her vehicle broke down .

Pamela Jane Rock, 61, of Melrose, was attacked while out on her route in Puttnam County, Florida on Sunday, authorities said.

Her delivery truck had broken down in Interlachen, according to the Putname County Sheriff's Office.

Local residents told police that they heard screaming and saw Ms Rock lying on the ground being attacked by the dogs.

Some tried to help her by attempting to pull the dogs off of her, with one firing a rifle into the ground to scare off the animals.

Cops arrived at the scene and found Ms Rock lying on the ground bleeding.

She was taken to a hospital and then was flown to a trauma centre in Gainesville, Florida, as she was in critical condition, but later died from her wounds.

The dogs were being held behind a fence at a nearby residence and were taken by the county's animal control unit on Sunday.

Following the county taking the dogs, their owner turned over custody and the animals will be humanely euthanised.

It is currently unclear if the owner will be held criminally liable for the dogs’ actions.

Sheriff HD DeLoach said in a news release: “Our hearts are with the victim and her family as they navigate through this tragic event.

“It is imperative that dog owners take responsibility in keeping their animals in a secured location for their safety and those around.

A US Postal Service statement said: “A postal family member lost her life in a dog bite attack.

"The U.S. Postal Service is deeply saddened at the loss of our employee.

"Our thoughts and prayers are with her family and her co-workers at this time."

According to CBS47/FOX30, the sheriff's office was contacted in the past regarding the dogs, but the nature of those calls is currently unknown.