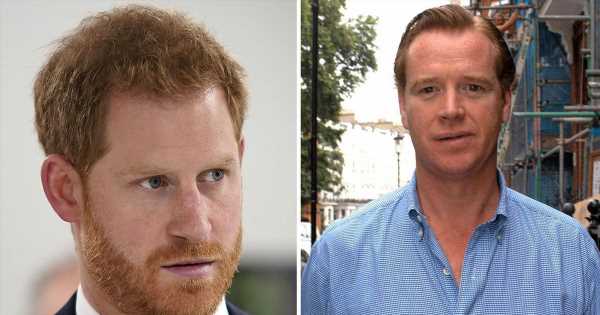 Prince Harry has finally broken his silence on the long-standing rumours James Hewitt is his dad.

Speculation over the Duke of Sussex's lineage have circulated ever since his mother, the late Princess Diana, confessed to having an affair with the former cavalry officer while she was still married to King Charles III.

Both Diana and Hewitt have repeatedly denied the claims, and in his upcoming memoir Spare, the Prince has finally spoken out himself.

In upcoming his memoir Spare, which has been published early in Spain, The Duke wrote: "The joke was damn funny in light of the rumour going around at the time that my real father was one of my mother's ex-lovers: Major James Hewitt.

"One cause of the rumour was Major Hewitt's red hair, but another was sadism.

The Prince added that his father would joke: "Perhaps your father really is in Broadmoor, my dear son!"

The idea that Hewitt is Harry's biological father had been repeatedly rehashed and republished "with some seriousness", the prince added, and said any accounts of Charles having to reassure him that Hewitt was not his dad are "invented".

A series of bombshells have already emerged from the memoir, set to hit UK shelves on January 10, after the long-awaited book was published early in Spain and obtained by the Guardian.

One such claim is that his brother, Prince William, pushed him to the ground during a heated row about Harry's wife, Meghan Markle.

In an alleged hostile exchange in 2019, the Prince of Wales is said to have called the former Suits star "difficult", "rude" and "abrasive".

Harry added that William "grabbed me by the collar, ripping my necklace, and… knocked me to the floor".

During the argument, William allegedly said he was trying to help Harry, who accused his older brother of acting like an heir.

Harry said he responded: "Are you serious? Help me? Sorry – is that what you call this? Helping me?"