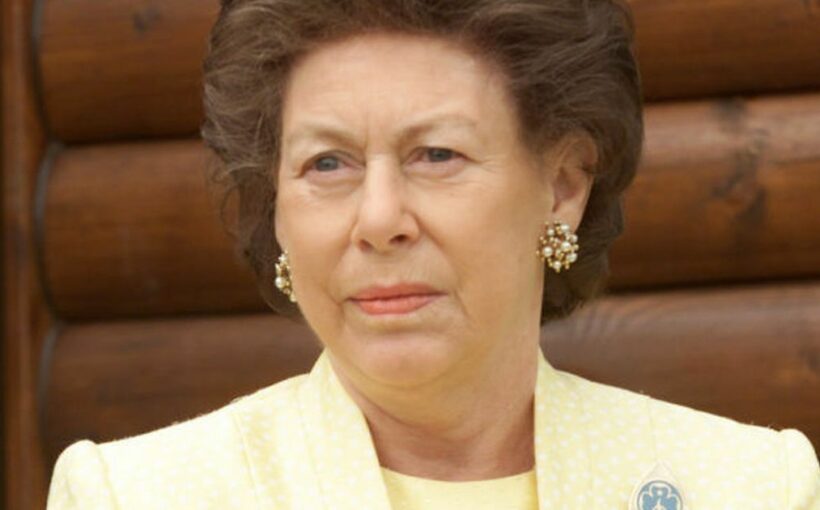 Susannah Constantine has revealed that Princess Margaret, the late Queen’s sister, came to her rescue by helping to flush a troublesome No2 – using an ivory-handled silver cake slice.

The late Queen’s sister employed the posh cutlery to chop up the troublesome turd which threatened to cause a stink at a VIP lunch at The Old Royal Naval College.

What Not To Wear star Susannah – who became Margaret’s pal after dating her son Viscount Linley – said the Royal “wasn't embarrassed by anything” and was happy to help.

The telly star said she still has the keepsake cutlery – though it has been thoroughly washed.

“Anyway," she added, "I was gone too long for her liking, clearly she thought I was being incredibly rude and she came to find me.

“And she kind of kicked the door open and I was sitting on the loo with my pants down around my ankles.

“She looked at me and she said g’o and get me a knife'.

“So off I went back into the dining room and I got a knife and I found this really gorgeous ivory handled cake slice.

“And I thought, oh that's rather nice' so I went back like the good foot soldier and I gave it to her.

By that time Susannah and the princess had became such good pals that Margaret threw an engagement party for the TV star and Bertelsen.

The mum-of-three said after the loo rescue she tucked the clean cake slice `up my sleeve’.

“But that just showed her resourcefulness.

“She wasn't embarrassed by anything.’’