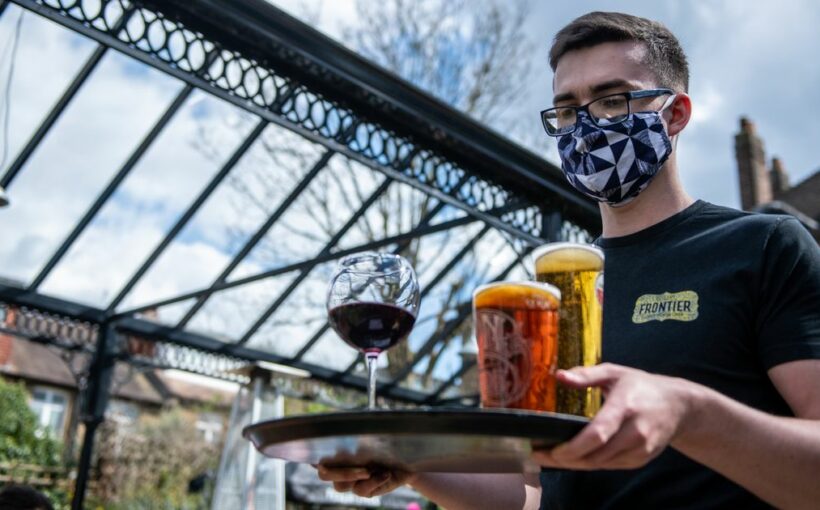 Breweries are advising pubs to hike pint prices by 40p under the nose of unsuspecting punters, according to reports.

Star Pubs and Bars, a group owned by Heineken UK that provides advice and support for 2,500 British pubs, sent landlords an email on March 24 suggesting a way they could recoup some of the losses suffered during lockdown.

"If you haven't already, now is the ideal time to consider reviewing your pricing," the email reads as reported by the Daily Mail.

"There was a price rise in January and research by KAM Media and CGA reveals almost two thirds of pub-goers expect price increases in pubs when they return.

"They will pay more to help support their local pub following restrictions – as long as they get value for money, so our advice is to do so.

"If you are planning on opening on April 12 and would like advice on the price increase prior to re-opening, especially around how much you should be putting your prices up by to maintain your current margins, please contact me by phone or email and I will be happy to help and discuss this with you."

The email was sent only to "tied pubs", which rent premises and buy from specific breweries. Many such establishments are facing enormous debt from paying rent over the winter while pubs had to stay closed.

One pub landlord said he wholeheartedly disapproves of Star Pubs & Bars' advice around pint hikes, and challenged the research around price expectations the group mentioned.

"I took it as trying to get money out of people's pockets after a very difficult year and point black refused," they told the Daily Mail.

"They also said that most people pay by card now and they don't really check it, so are putting up prices now as people won't notice.

"They recommended hiking the prices by about 10%, so roughly 40p on a pint. I don't know whether other pub companies will follow suit, but it seems to be a push for extra money within Star Pubs and Bars.

"I certainly haven't heard of anybody else pushing their prices up."

A Star Pubs & Bars spokesperson told the Daily Star: "It's not up to us to dictate pricing in our pubs, it's up to individual pub landlords and our advice is there to help their livelihoods. "We know from research that people are prepared to pay a bit more for a pint and are looking forward to getting back to the pub with their friends and family."

A number of social media posts in the week since pubs were allowed to reopen suggest some establishments may have gone ahead and inflated the prices of their beverages.

Twitter users in both London and Manchester claim to have been charged an eye-watering £5.75 per pint of Heineken.

It comes as the beer giant announced on Wednesday that UK sales plummeted by about 3% in the first quarter of 2021.

As part of its effort to stay afloat in the pandemic, Heineken announced it would axe thousands of jobs around the world in February.