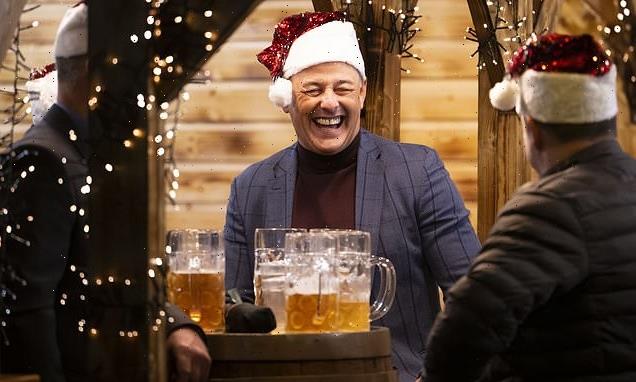 Cheers to the Queen! Pubs to stay open until 1am under plans for ‘blockbuster’ celebrations to mark Platinum Jubilee

Pubs will stay open until 1am as part of plans for a ‘blockbuster’ series of celebrations to mark the Queen’s Platinum Jubilee next year.

Pubs, clubs and bars would all be able to stay open two hours longer from Thursday, June 2 to Saturday, June 4.

The Home Office will shortly launch a public consultation on extending the licensing hours from the usual 11pm to 1am on those days. 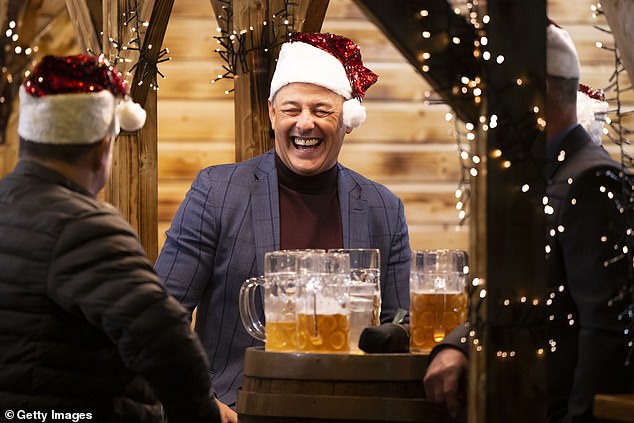 The plans mirror similar licensing relaxations for the Queen’s 90th birthday in 2016, as well as her Diamond Jubilee in 2012 and the Royal Wedding in 2018.

To mark the historic royal milestone next year, Government officials are promising a major programme of events, including a specially extended four-day Bank Holiday weekend from Thursday, June 2 to Sunday, June 5.

And last night, Ms Patel said the proposed licensing extension ‘will enable families, friends and communities across England and Wales to raise a glass to toast Her Majesty the Queen and mark her incredible service to our country’.She added: ‘Her Majesty is an example to us all. She has served the UK and the Commonwealth with the utmost dignity, steadfastness and resolve throughout her remarkable reign.

‘The Platinum Jubilee is a truly historic occasion and it is right that the country should mark this celebration in a special way.’

Culture Secretary Nadine Dorries said the Jubilee would be ‘an unprecedented milestone in our national life’. She added: ‘No other British monarch has served for 70 years and it is fitting that, as part of the Platinum Jubilee celebrations in June, we toast Her Majesty for her dedication and service.

‘2022 will be a year of pride, celebration and coming together with the Platinum Jubilee alongside our other blockbuster events including the Birmingham 2022 Commonwealth Games and Unboxed, championing creativity in the UK.’

Officials said last night that the licensing-hours extension would be subject to a month’s public consultation, giving people the opportunity to submit their views on the proposals as well as seeking those of the police, licensing authorities and alcohol awareness groups and other ‘stakeholders’.