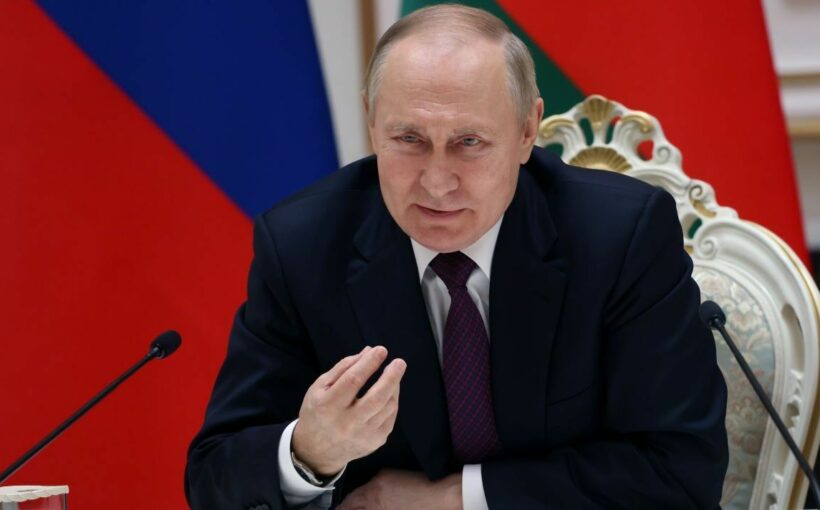 Ukraine is being 'ground into the dust' says John Bolton

As President Volodymyr Zelensky flew to the US, where Joe Biden handed him a $2billion aid package including an advanced rocket ­system, Putin went on the attack.

In a speech to his top defence chiefs in Moscow, the Russian despot warned that the Satan II nuclear ­missiles – able to hit the US – will soon be deployed.

He also promised to give commanders whatever they required to pursue the war, which is now nearing the end of its 10th month.

And Putin stressed there were no financial limits on what the government would provide in terms of equipment and hardware.

He added: “We have no funding restrictions. The country and the government are providing everything that the army asks for.”

But as Ukraine claimed up to 100,000 Russian troops have so far perished in the war, Putin simply claimed such battlefield losses were “a common tragedy”. However, he acknowledged the call-up of 300,000 reservists, which he ordered back in September, had not gone smoothly.

He said: “The partial mobilisation that was carried out revealed certain problems, as everyone knows, which should be promptly addressed.”

The call-up drew criticism, even from Kremlin allies, as it emerged military leaders were enlisting men who were physically unfit or too old and recruits lacked basic equipment.

Putin also referred to other unspecified problems in the military.

He said: “I ask the Ministry of Defence to be attentive to all civilian initiatives, including taking into account criticism and responding correctly, in a timely manner.

“It is clear the reaction of people who see problems can be emotional, but we need to hear those who do not hush up existing problems, but strive to contribute to [a] solution.”

Meanwhile, Kremlin spokesman Dmitry Peskov attacked the arrival of Mr Zelensky in the US.

He said that nothing good would come from it, adding: “The supply of weapons leads to an aggravation of the conflict. This does not bode well for Ukraine.”