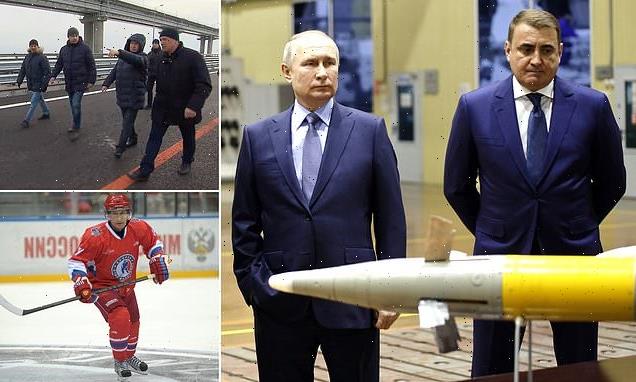 Vladimir Putin’s declining health was responsible for his pulling out of several planned events and appearances in December, it has been claimed.

Telegram channel General SVR, which purports to have insider sources in the Kremlin, said Putin’s doctors recently noted a ‘significant deterioration in his health’ and recommended that he step away from appearances to rest.

Putin, who turned 70 this year, ‘gets tired quickly’, suffers ‘frequent bouts of dizziness and headaches’ and is also prone to ‘clouding of consciousness’, it added. 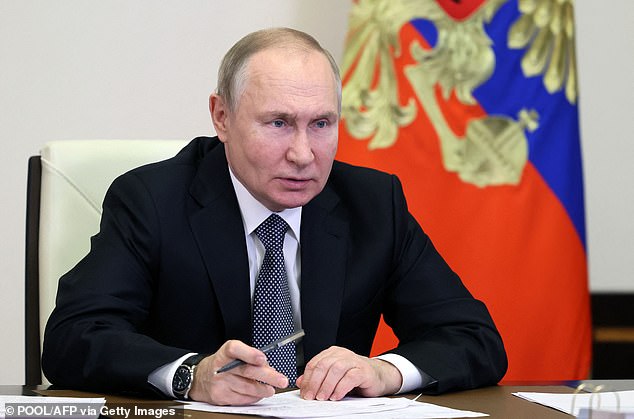 Russia’s President Vladimir Putin chairs a meeting with members of the government, via a video conference at the Novo-Ogaryovo state residence, outside Moscow, on December 14, 2022 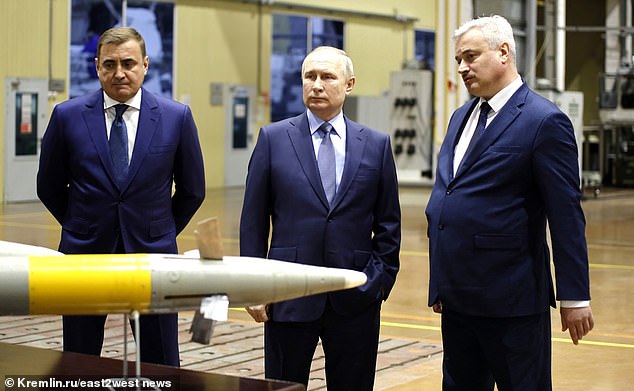 The stresses of his failing war in Ukraine are also taking a toll, it is claimed.

‘Constant nervous tension and immersion in problems at the front created a negative environment for the course of [his] diseases.’

While the Russian president has appeared to be busy and today held a short video conference with Chinese leader Xi Jinping, he has cancelled planned appearances at a number of significant events.

These include the last minute pullout from a presidential trip to Pskov on December 28, which was officially blamed on ‘unfavourable flying conditions’ despite weather forecasts suggesting the skies were clear.

A week ago the Russian president was reported to have shelved a visit to Russia’s biggest tank plant in Nizhny Tagil, in the Ural mountains, and also cancelled his usual appearance at an end of year meeting of his government ministers.

Putin refused to go-ahead with his traditional December press conference, which typically sees the president speak for up to four hours and field questions from journalists and viewers, and even cancelled his beloved end-of-year ice-hockey game. 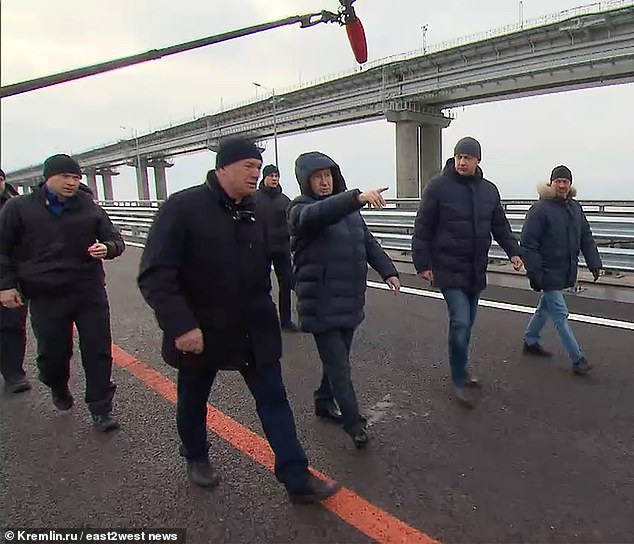 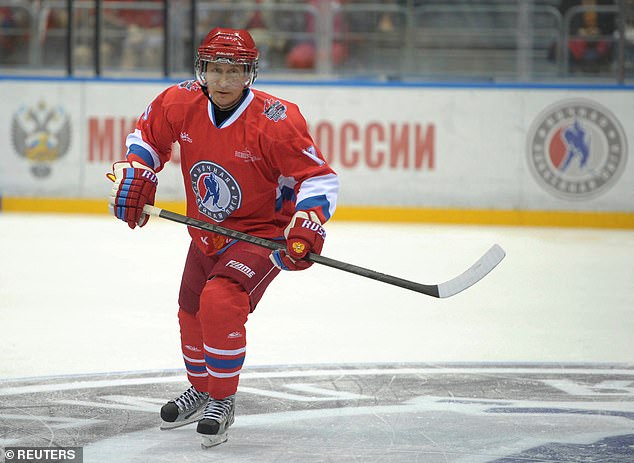 The aged despot did attend a meeting of leaders from ex-Soviet states in St Petersburg earlier this week, but the formal session was far shorter than usual.

Putin is rumoured to be suffering from cancer, Parkinson’s Disease and other ailments including a schizoaffective disorder.

The General SVR channel has claimed he regularly records canned speeches and interactions with other Russian officials to be broadcast when he is ill in order to keep up appearances.

It has also been suggested the Russian president uses ‘body doubles’ for some events – General SVR suggested a recent visit by Putin to the Crimea Bridge was in fact conducted by a doppelganger.

‘The president has increasingly resorted to the use of ”doubles” to participate in various public events, and ”deepfake” technology is used for video conferencing, which allows meetings to be held without Putin’s direct participation,’ claimed the channel.

The extraordinary claims cannot be verified but the channel, which boasts insider Kremlin knowledge, said: ‘Next week there will be a consultation of doctors about the treatment of Parkinson’s Disease.

‘Again they will try to find an effective therapy.

‘The temporary improvement in the president’s health in the summer and until mid-autumn was replaced by serious problems that are simply impossible to ignore.’