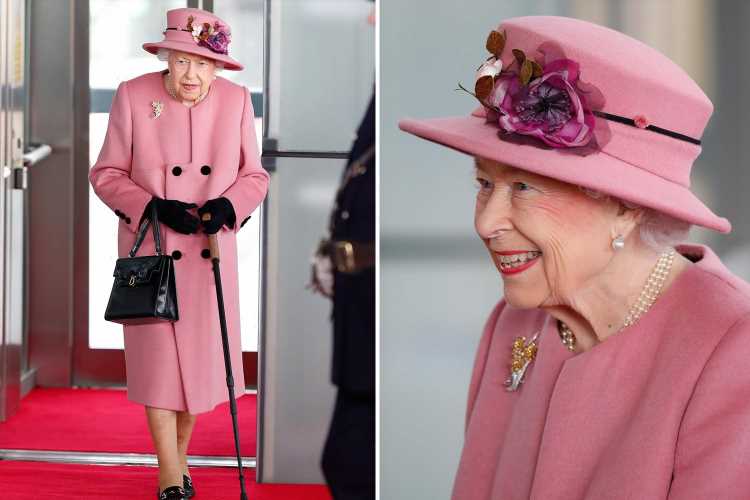 THE QUEEN beamed she arrived in Cardiff wearing pink to officially open the Welsh Senedd this morning.

Her Majesty, 95, was joined by Prince Charles, 72, and Camilla, 74, on her first visit to Wales in five years. 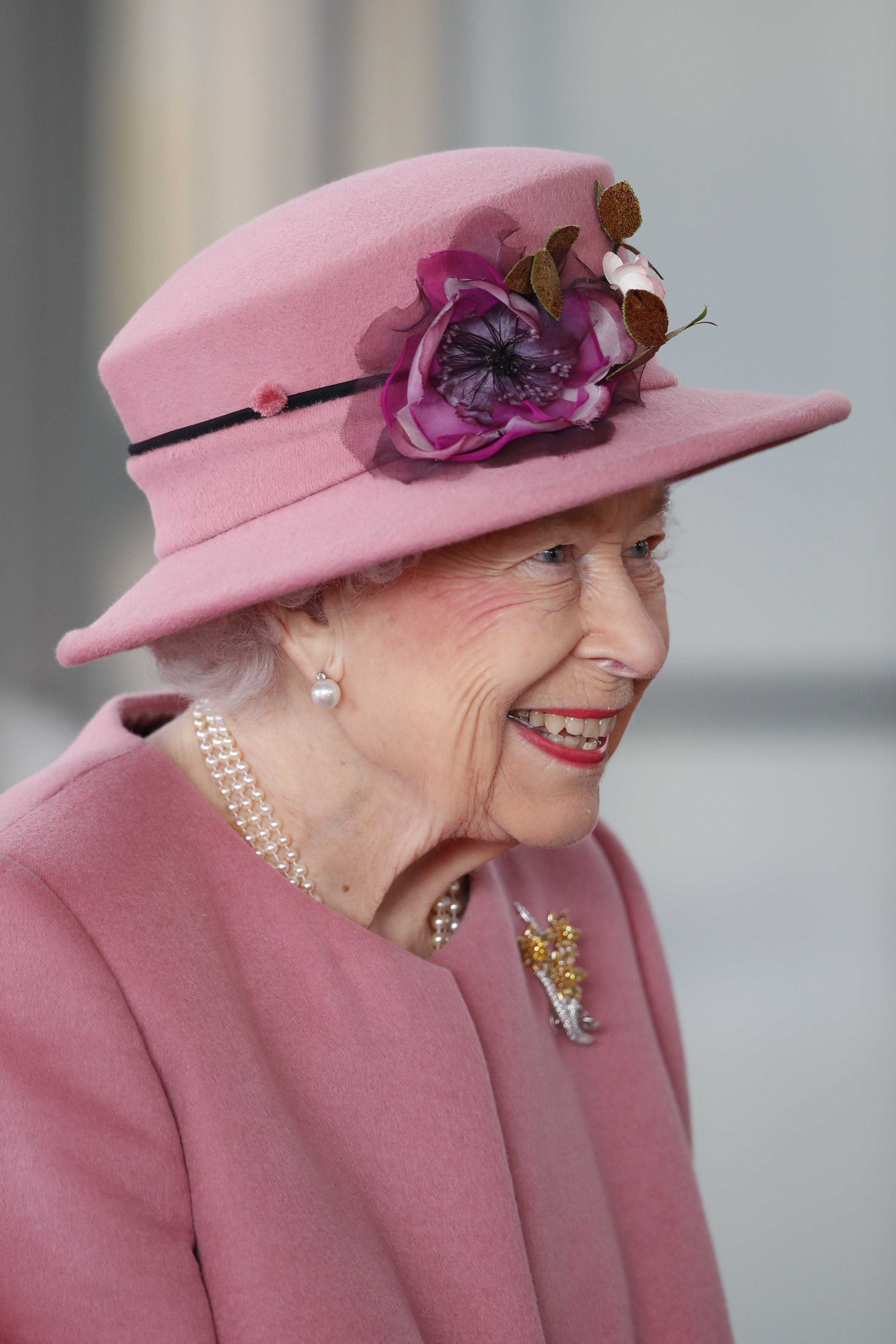 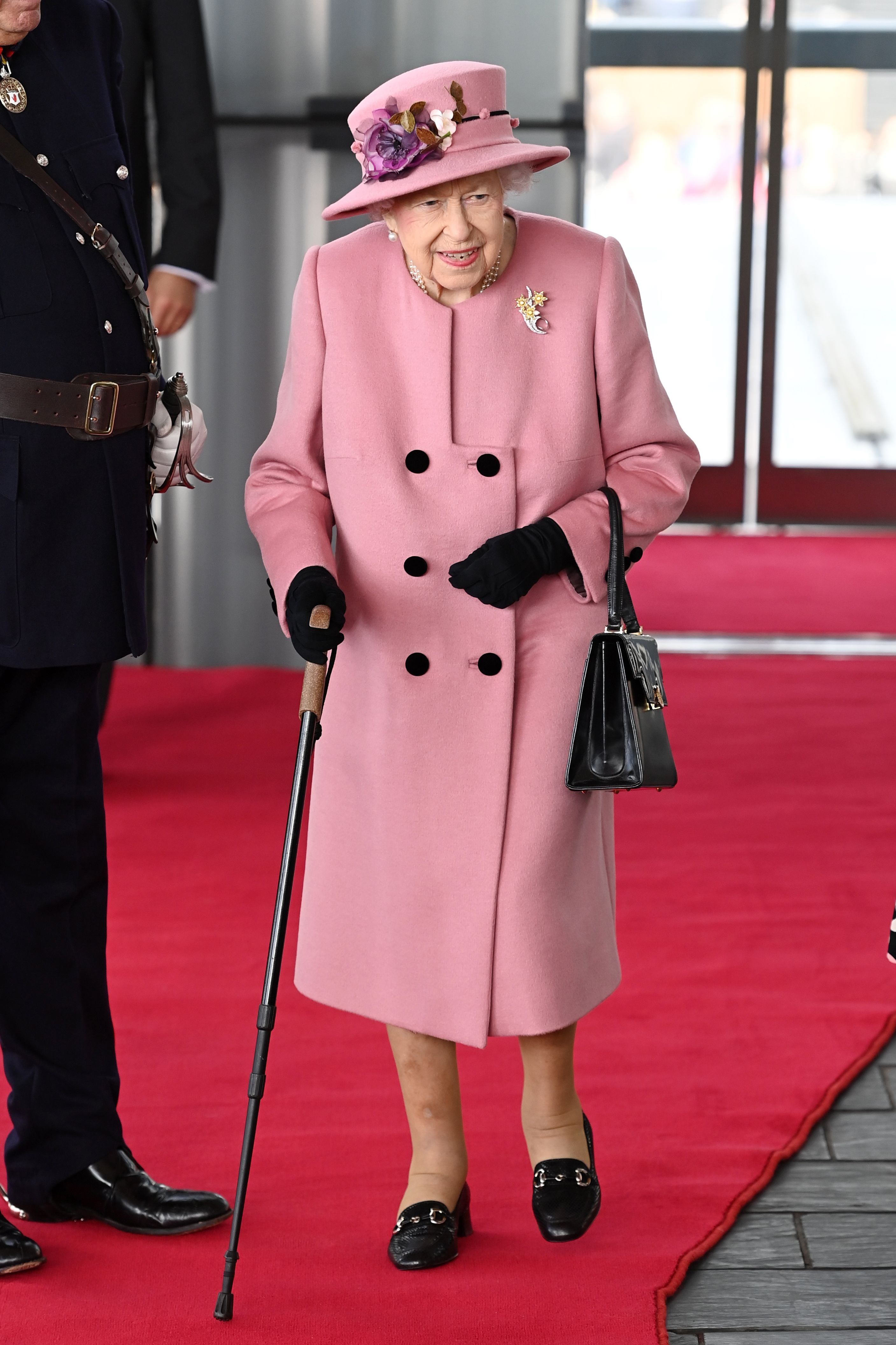 The monarch wore a double breasted cashmere blush pink coatand carried a walking stick as she calmly chatted to officials who greeted her.

She happily smiled at onlookers as she made her way to the building, pairing her outfit with matching black gloves and a handbag.

Her Majesty pinned a Welsh Daffodil brooch to the Steward Parcin outfit, which was matched with a Rachel Trevor-Morgan hat.

Prince Charles kept his facemask on as he arrived at the event ahead of Her Majesty with the Duchess of Cornwall.

Camilla beamed as she walked along the carpet in a matching red hat and dress, paired with a multi-coloured face mask.

The monarch has been pictured with a walking stick before, including in 2003 following an operation to remove torn cartilage from her right knee.

She also used a stick earlier this week as she attended Westminster Abbey with her daughter Princess Anne, 71.

Speaking to the First Minister and members of the Senedd her Majest said that it was a “pleasure” to be in Wales and congratulated them on their recent election.

Addressing the Senedd Her Majesty said: “I have spoken before about how recent times have, in many ways, brought us closer together.

“We all owe a debt of gratitude to those who have risen so magnificently to the challenges of the last 18 months – from key workers to volunteers, who have done so much to serve their communities.

“They are shining examples of the spirit for which the Welsh people are so renowned, a spirit which I have personally encountered so many times.

“It is a source of pleasure that both the Prince of Wales and the Duchess of Cornwall, together with the Duke and Duchess of Cambridge, have had homes in Wales, and experienced its very special sense of community."

A red carpet was rolled out at the front of the Senedd ahead of her visit to officially open the sixth Senedd with a ceremonial Mace.

Dozens of people were lining the barriers which stretched down the street to get a glimpse of the royal trio.

Primary School pupils were excited to meet the Royals and waved Welsh flags in the air when they arrived.

A 21-gun salute sounded in Cardiff Bay marked the Queen's arrival in the city.

The trio arrived in Cardiff this morning on the royal train before making their way to the opening.

Earlier this month her Majesty officially opened Scottish Parliament and spoke about her “many happy memories” with her husband Prince Philip.

The Duke of Edinburgh, who died two months’ before his 100th birthday, had a number of connections to Scotland. 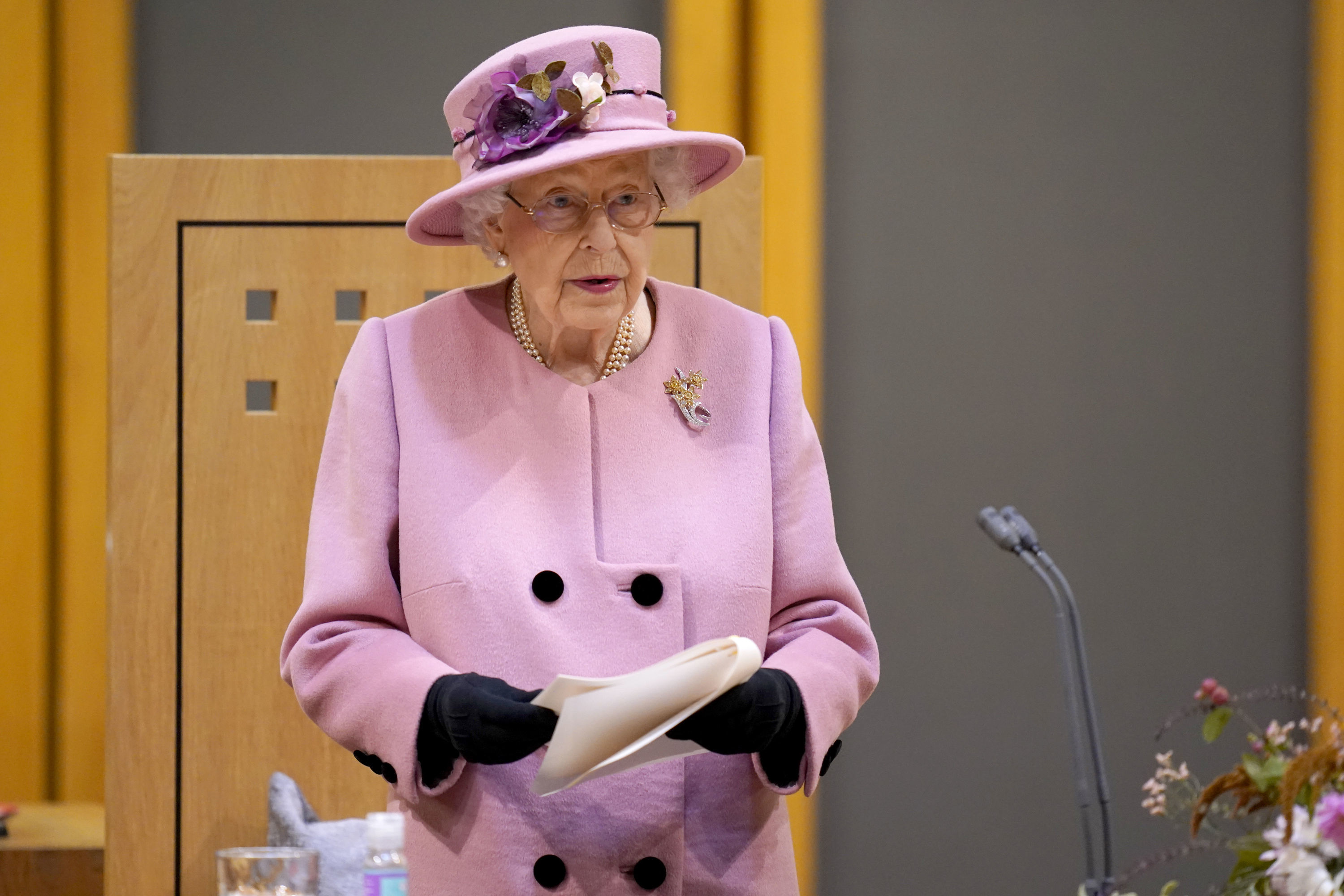 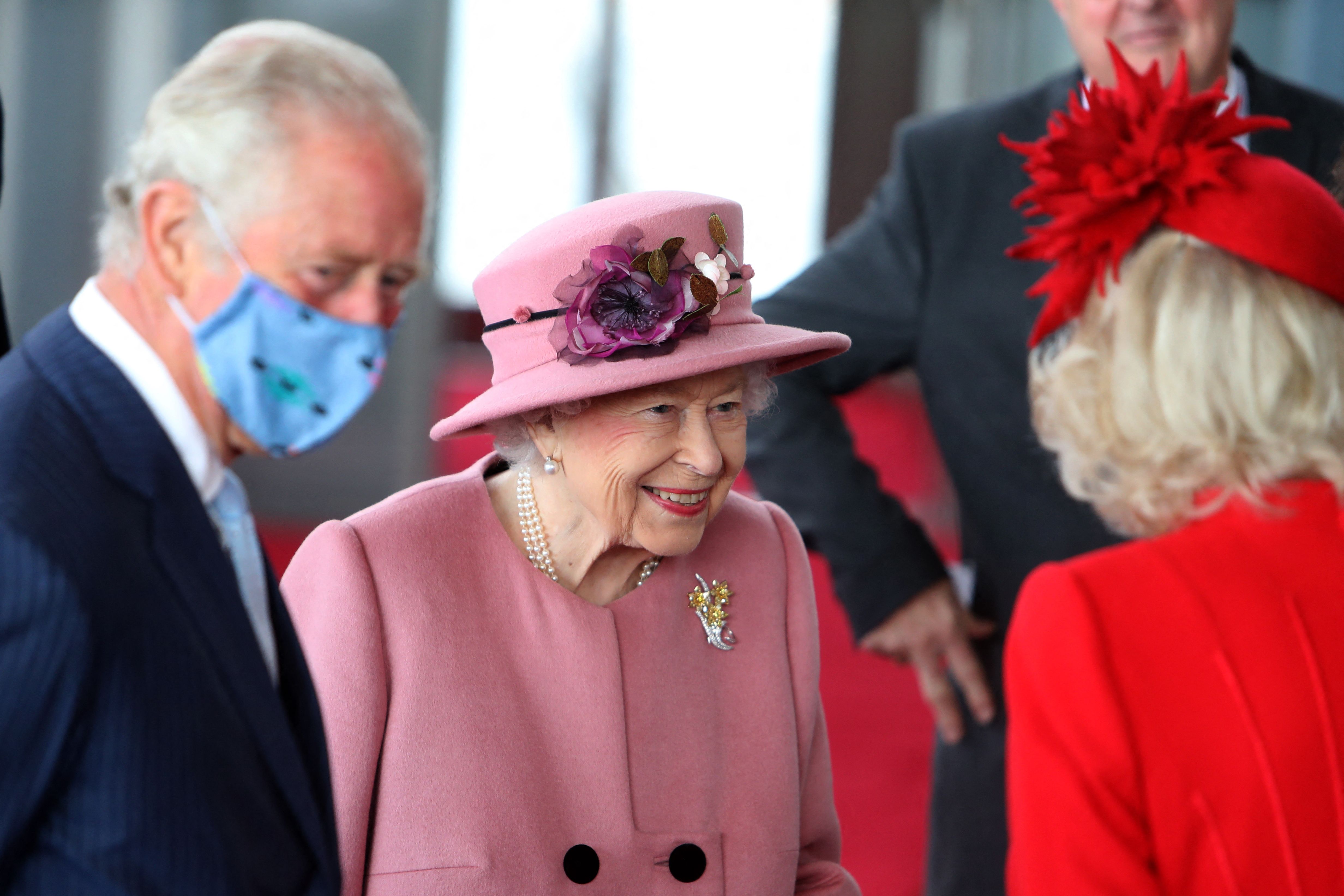 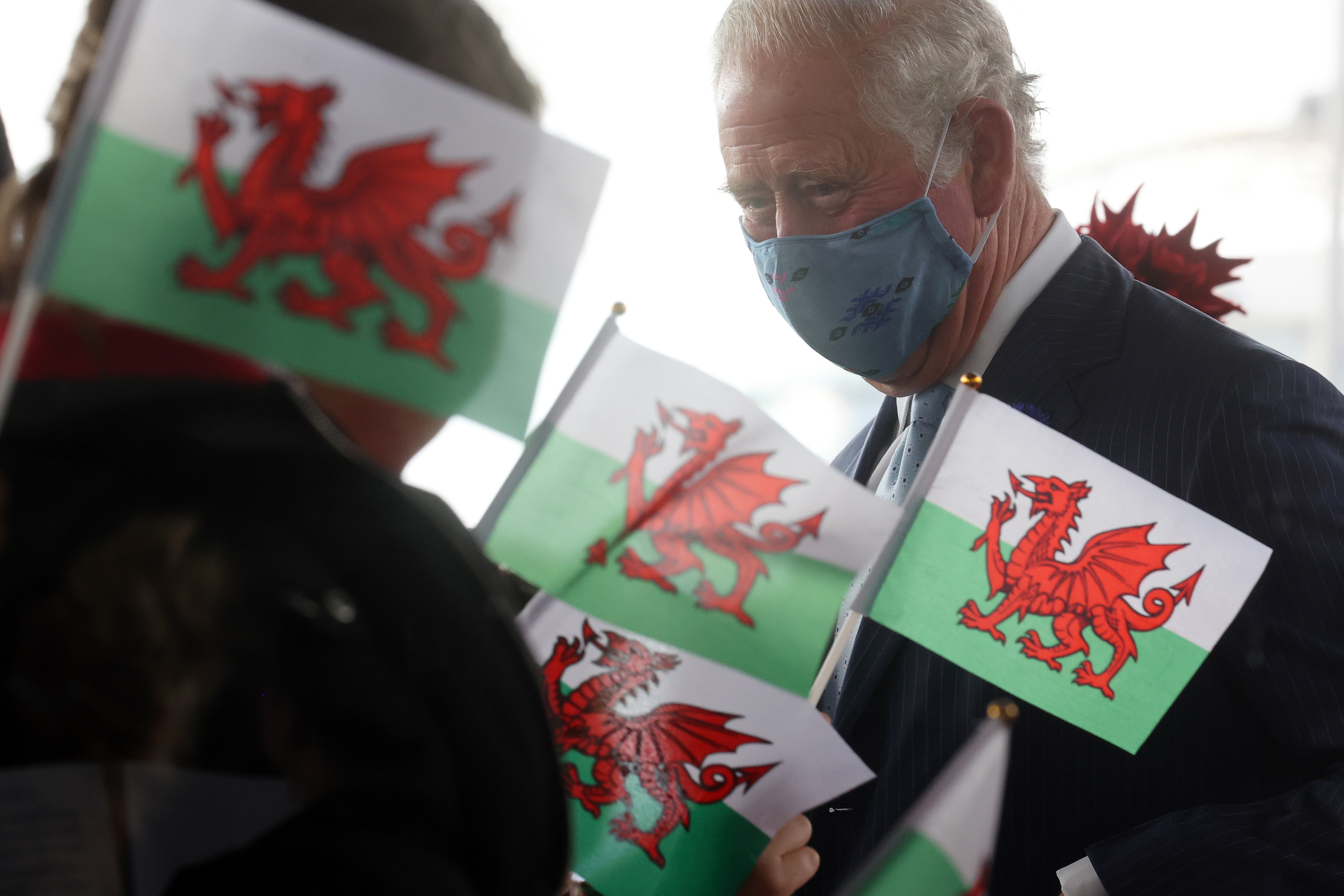 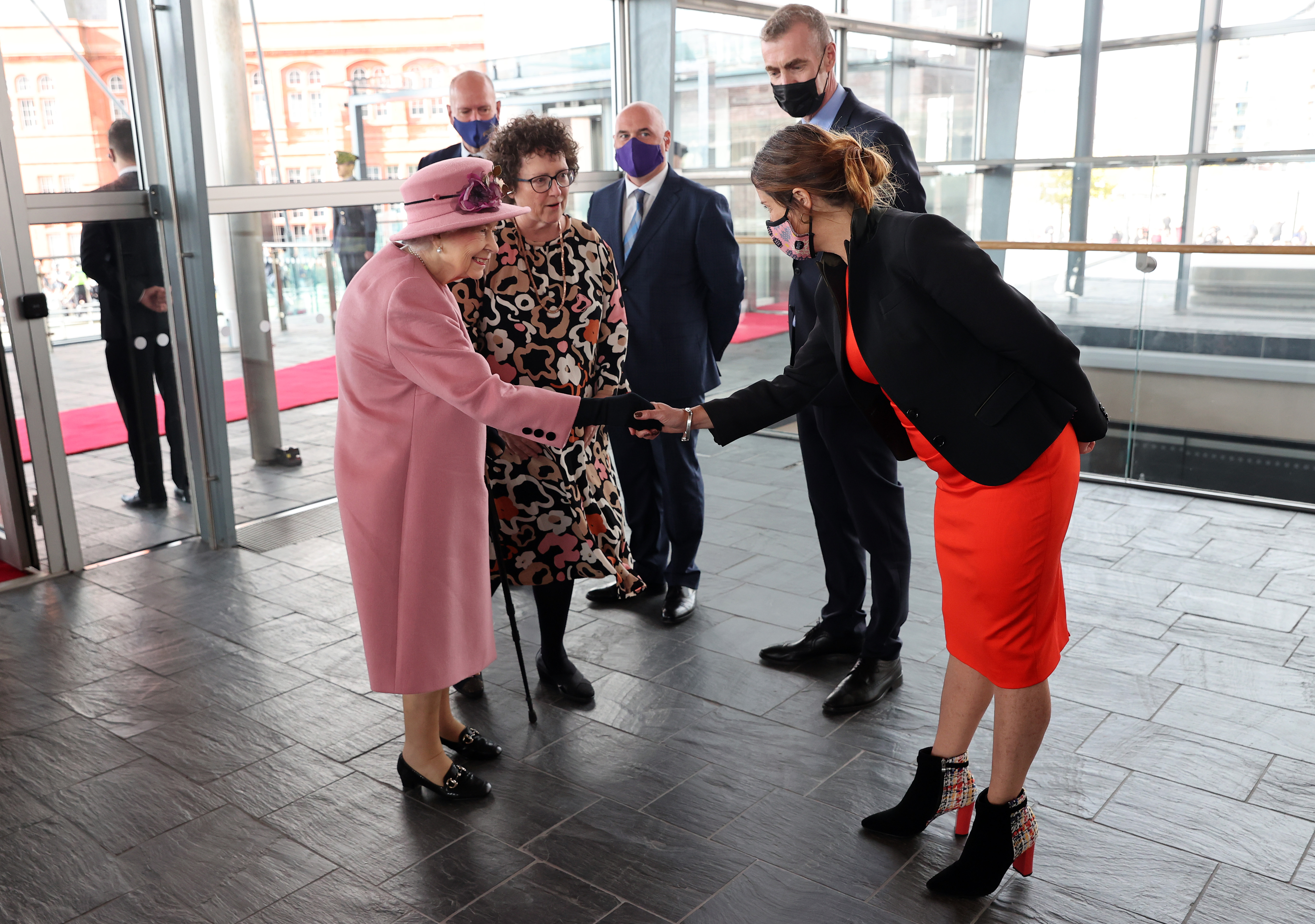