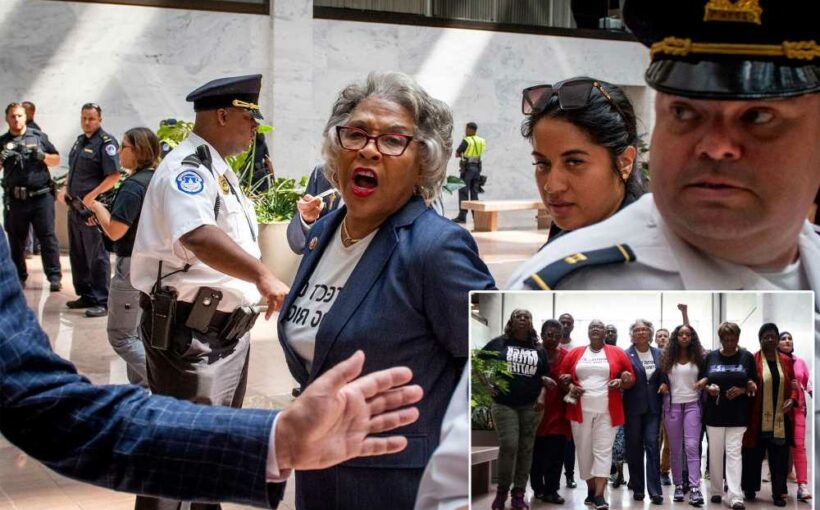 An erector and elector set of lies: Devine

Rep. Joyce Beatty was detained by Capitol Police while protesting in the Hart Senate Office Building for the passage of the Democrats’ For The People Act and the John Lewis Voting Rights Act.

Beatty (D-Ohio), the chair of the Congressional Black Caucus, was among nine protesters arrested during the demonstration, having escorted the group into the atrium of the building, where they chanted “end the filibuster.”

The Ohio Democrat was seen shortly after being taken out of the building in zip ties.

Let the people vote. Fight for justice,” she said in a subsequent tweet alongside pictures of her being detained.

Beatty’s arrest comes as Texas House Democrats looked to meet with a number of Democratic lawmakers, traveling to Washington in chartered jets in an attempt to block a Republican-backed election integrity bill by denying the chamber quorum in the state legislature.

Democrats have been highly critical of red states’ election reform efforts, arguing the changes make it harder to vote and disenfranchise people of color, pushing for an overhaul to the system on a federal level.

But Republicans have blasted the attacks on the changes, arguing the SR 1, also known as the For The People Act, is an attempted power grab by Democrats and an infringement on states’ rights.

The measure was blocked in a procedural vote in the upper chamber in June, sparking calls from some progressives to eliminate the filibuster.