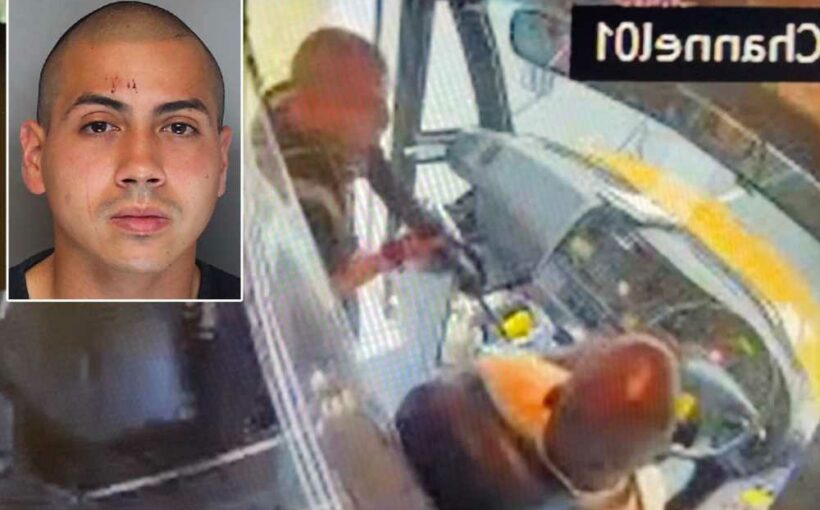 US Army’s ‘Enhanced Night Vision’ looks like a video game

An Army trainee in South Carolina hijacked a school bus carrying elementary school children before ordering them out and driving away, a report said.

Jovan Collazo, 23, of New Jersey, barged onto the bus wielding his M4 rifle after fleeing Fort Jackson in Columbia at about 7 a.m., WIS-TV reported, citing police.

The army trainee got on as children from Forest Lake Elementary school were boarding, then asked the driver to take him to a neighboring town, Richland County Sheriff Leon Lott said at a morning news conference.

There were 18 children on the bus at the time, some of whom began calling their parents to alert them to the horrific situation.

Collazo “got a little frustrated” after the frightened children repeatedly asked if was going to harm them, police said, leading him to order everybody off the bus.

He drove several miles before abandoning the bus with the firearm inside, the report said.

Authorities later determined the rifle was not loaded.

“But to those in the community — those on the bus would not have known that,” said Fort Jackson Commander Brig. Gen. Milford H. Beagle Jr.

Collazo was later caught by deputies in a nearby residential area.

He is charged with 19 counts of kidnapping, carjacking and possessing a weapon on school property, the report said.

“This was a failure in our accountability procedures that we truly regret and are apologetic to our community,” Fort Jackson officials said in a statement.

“We are thankful for the fast actions of RCSD and the local community to assist in the apprehension of the individual.”