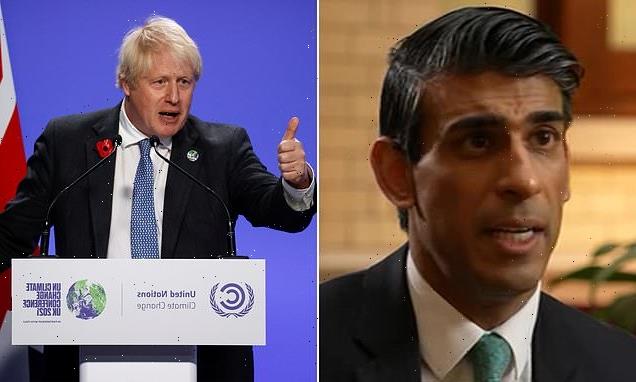 Rishi Sunak swiped at Boris Johnson over the Tory sleaze chaos today insisting the government ‘needs to do better’.

The Chancellor risked inflaming internal tensions over the wave of allegations that followed the aborted bid to save ex-minister Owen Paterson from punishment for lobbying.

It comes after persistent rumours of friction between Mr Sunak – who notably did not vote on the key amendment last week – and Mr Johnson.

The PM stubbornly refused to apologise for triggering the sleaze meltdown as he was repeatedly grilled during a press conference at the COP26 summit in Glasgow last night.

However, in an interview with Sky News after new GDP figures were released, Mr Sunak said he was ‘reflecting on recent events’.

‘People will have different motivations for doing what they do, the pay is set by an independent body, that’s absolutely right.

‘And with regard to second jobs, there’s an independent process that we have that’s set by Parliament that governs all of those things. And it’s absolutely right that that process is followed to the letter.

‘Now look, on the broader point – and reflecting over recent events – I think for us as a Government, it’s fair to say that we need to do better than we did last week, and we know that.’ 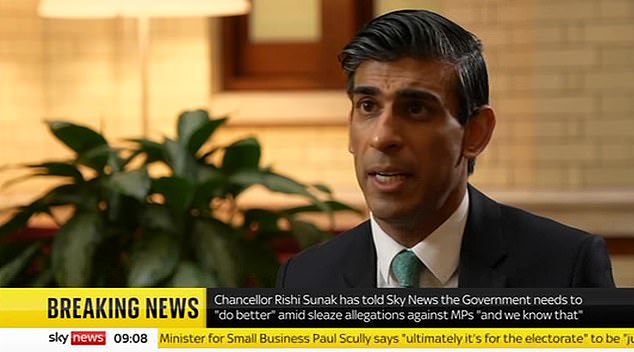 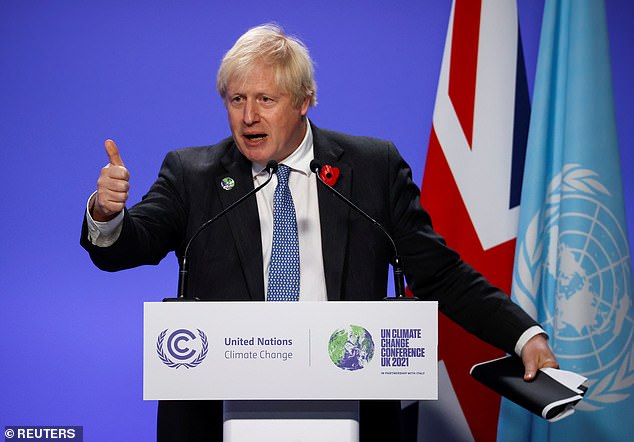 The Tory misery showed no sign of easing today, with more allegations against MPs and growing signs of infighting.

At the press conference last night, An awkward-looking Mr Johnson insisted MPs’ second jobs ‘strengthen democracy’ saying that for ‘hundreds of years’ politicians had been able to do outside work.

But he swiped at Geoffrey Cox, who has been criticised for his £1million-a-year legal sideline, saying they ‘must put your job as an MP first’, as well as stressing that paid lobbying is never acceptable.

On a stage where he had hoped to keep media focus on plans to limit climate change he was forced to defend Britain’s political system, saying: ‘I genuinely believe that the UK is not remotely a corrupt country, nor do I believe that our institutions are corrupt.’

And Mr Johnson seemed in a hurry to escape, bringing the proceedings to an abrupt halt as he looked as his watch and said he needed to go and catch ‘climate-friendly transport’ – the train – back to London.

The premier had made a dash to Scotland in a bid to reinvigorate the UN summit negotiations over a deal to tackle climate change, but found himself taken to task over the sleaze crisis.

‘On second jobs, I would say that for hundreds of years MPs have gone to Parliament and also done work as doctors, lawyers or soldiers or firefighters or writers, or all sorts of other trades and callings,’ he said.

‘And on the whole, the UK population has understood that that has actually strengthened our democracy, because people basically feel that parliamentarians do need to have some experience of the world.

‘But, if that system is going to continue today, then it is crucial that MPs follow the rules.

‘And the rules say two crucial things: you must put your job as an MP first and you must devote yourself primarily and above all to your constituents and the people who send you to Westminster, to Parliament.

‘Those are the rules and they must be enforced and those who don’t obey them should of course face sanctions.’ 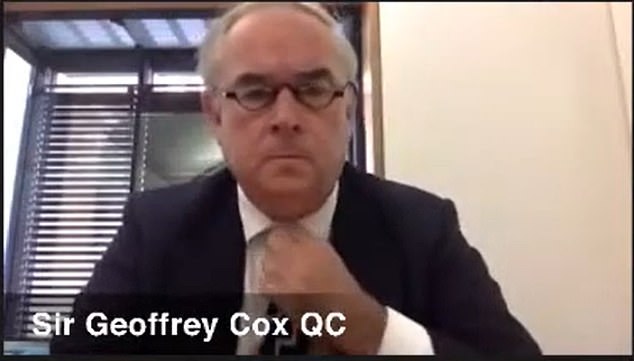 Former Attorney General Sir Geoffrey sounded defiance yesterday after footage emerged appearing to show him representing the British Virgin Islands at a fraud commission by video-link from his Commons office.

Labour has demanded a standards probe, while ministers have admitted that using parliamentary facilities for work is against the rules. He denies any breach.

Meanwhile, Andrew Bowie, tipped as a rising star, has stepped back from his role as a Conservative vice-chair role. He insisted he wants to focus on his Scottish constituency, but has reportedly told friends he is ‘unable to support the government’ in the wake of the Paterson row.

Ministers have been desperately trying to pour cold water on the idea of full ban on MPs having second jobs. Health Secretary Sajid Javid suggested some politicians would opt to leave parliament, and stressed that the Commons benefits from people being connected to the outside world.

Labour has accused Mr Johnson of using the day-trip to Scotland as a ‘distraction’ from the sleaze row. Many had expected him to go towards the end of the week when talks are at a crunch point.

He has also dropped plans for a Cabinet away-day at Chequers tomorrow and will meet ministers in Downing Street instead.