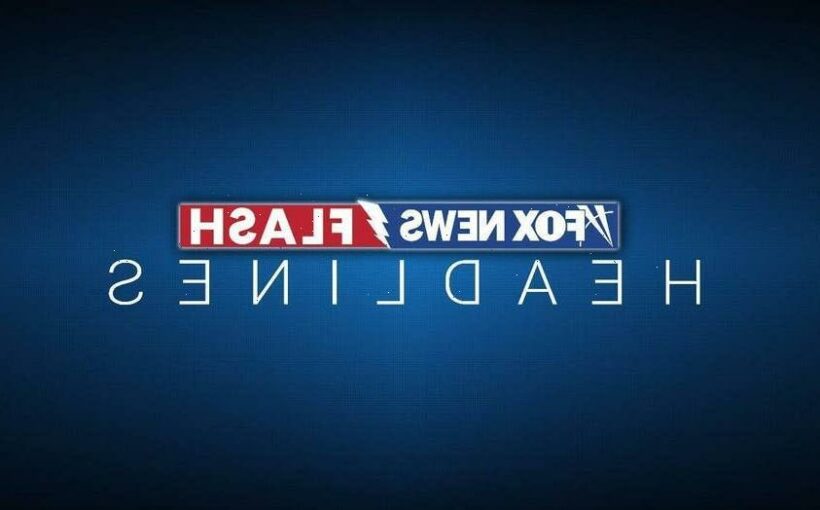 When Kyle Rittenhouse goes on trial Monday for shooting three men during street protests in Wisconsin that followed the police shooting of Jacob Blake last summer, he’ll argue that he fired in self-defense.

Legal experts say under Wisconsin law he has a strong case. What’s less clear is whether prosecutors will be able to persuade the jury that Rittenhouse created a deadly situation by showing up in Kenosha with an AR-style semiautomatic rifle — and that in doing so he forfeited his claim to self-defense.

Rittenhouse, 18, of Antioch, Illinois, faces six counts, including homicide charges, in the Aug. 25, 2020, deaths of Joseph Rosenbaum and Anthony Huber, and he could face life in prison if convicted of the most serious charge. 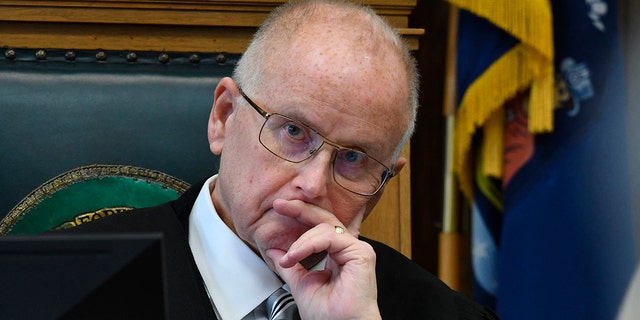 Rittenhouse, then 17, was among people who responded to calls on social media to travel to Kenosha bearing weapons to protect the city from damaging protests that followed a white police officer shooting Blake, a Black man, in the back on Aug. 23. (A prosecutor later cleared the officer, ruling that Blake was turning toward the officer with a knife.)

Rittenhouse and all three men he shot are white.

Here’s a look at the legal issues in the Rittenhouse case:

The Rittenhouse case isn’t a whodunit. Bystander video captured most of the shootings.

It shows an unarmed Rosenbaum chasing Rittenhouse into the parking lot of a used car dealership. At one point, Rosenbaum throws a plastic bag at Rittenhouse before the two move off-camera and Rittenhouse fires the fatal shots at around 11:45 p.m.

Soon after, Rittenhouse is seen running down a street away from the scene with several protesters on his heels. He falls. Huber appears to strike him in the head and neck area with a skateboard; Rittenhouse shoots Huber, striking him in the heart.

WHAT DOES THE DEFENSE CLAIM? 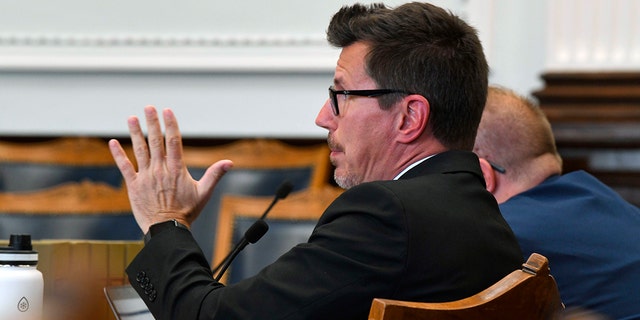 Self-defense, pure and simple. Rittenhouse’s attorneys say he came to Kenosha not to hurt anyone but to protect businesses from damage and looting. And they say the people he shot left him no choice.

They’re expected to highlight Rosenbaum’s pursuit of Rittenhouse, and Huber and Grosskreutz subsequently coming at him. The defense has said Rosenbaum and Huber tried to wrest Rittenhouse’s rifle away, leading Rittenhouse to fear he would be shot with his own weapon.

The defense also wants to introduce evidence that police handed water to Rittenhouse and other rifle-carrying citizens, and said, “We appreciate you guys, we really do.” They argue that the friendly greeting contributed to Rittenhouse thinking there was nothing wrong with his presence on the streets that night — and that it undermines any argument that he acted recklessly.

WHAT DO PROSECUTORS SAY?

Rittenhouse’s trip to Kenosha will be a key part of their case. They portray him as a wannabe cop who came looking for trouble and fame, and that by bringing a rifle to the late-night protest, he was the primary cause of the deadly encounters.

They also argue that Rittenhouse wasn’t there to protect businesses but to join other armed counterprotesters with whom he sympathized. Rittenhouse “was the aggressor, there with the intent to violently clash with those opposed to his beliefs,” prosecutors have said.

Prosecutors had hoped to bolster their case by introducing as evidence a brief video taken 15 days before the protest shootings that shows Rittenhouse watching some men exit a CVS pharmacy and commenting that he wished he had his rifle so he could shoot them because prosecutors say he baselessly thought they were shoplifters. Thomas Binger, the lead prosecutor, said it showed Rittenhouse’s mindset as “a teenage vigilante, involving himself in things that don’t concern him.” But Judge Bruce Schroeder questioned the relevance of the video to the charges. He ruled it wouldn’t be allowed, though he suggested he could reassess that ruling later.

Schroeder has also blocked prosecutors from connecting Rittenhouse to the far-right extremist group the Proud Boys. Rittenhouse was photographed in January in a Wisconsin bar with some Proud Boys members, but his attorneys say Rittenhouse had no affiliation or involvement with the group.

WHAT DOES WISCONSIN LAW SAY ABOUT SELF-DEFENSE?

It allows someone to use deadly force only if “necessary to prevent imminent death or great bodily harm.” And it sets a two-part test for jurors.

First, they have to decide if Rittenhouse really believed he was in peril. Hindsight may show he was wrong. But did he sincerely believe it at the time?

Next, they must determine if Rittenhouse’s belief was objectively “reasonable.” To make that call, jurors will be instructed to consider whether any reasonable person in Rittenhouse’s shoes would have also felt they had no choice but to shoot.

WHAT OTHER LEGAL FACTORS COME INTO PLAY?

Wisconsin law doesn’t require someone whose life is in danger to flee before shooting. But jurors can consider whether someone tried to move away from danger as they assess the reasonableness of a self-defense claim. Self-defense can’t be invoked by someone if they were an aggressor.

Wisconsin doesn’t have a so-called stand-your-ground law that grants wide-ranging rights for a person to stay put and fend off an attack no matter where it occurs.

Rittenhouse faces two counts of homicide, one count of attempted homicide, and two counts of recklessly endangering safety for firing his gun near people adjacent to those he shot. A successful self-defense argument would seem to apply to all five of counts.

Rittenhouse faces a sixth count, possession of a dangerous weapon by a person under 18, that the defense unsuccessfully tried to get dismissed. Andrew Branca, a Colorado lawyer who wrote the book “The Law of Self Defense: Principles,” said whether Rittenhouse was legally carrying the gun or not that night shouldn’t factor into his right to self-defense.

WHAT ARE THE CHANCES OF RITTENHOUSE TESTIFYING?

Defense lawyers normally oppose putting clients on the stand and typically only do so in last-resort bids for acquittals because the risks are too high. But some legal experts say defense calculations change when self-defense is claimed.

Paul Bucher, a Milwaukee-area lawyer and former Waukesha County district attorney, said once jurors hear from the defense that a client feared for his life, they expect to hear straight from the defendant about his or her mindset at the time of the shooting.

Prosecutors would surely welcome the chance to try and rattle Rittenhouse on cross-examination in front of jurors.

HOW DO LEGAL EXPERTS SEE THE CASE?

Under self-defense law and precedent, Rittenhouse’s motives for being in Kenosha are irrelevant to whether he had a legal right to shoot when threatened, some legal experts say. What matters is what happened in the minutes surrounding the shooting, Branca said. 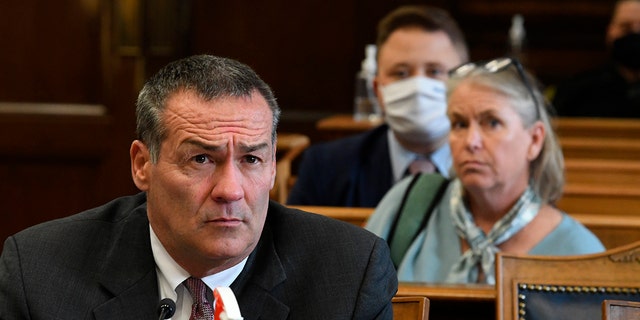 Defense Attorney Mark Richards appears in court during a pre-trial hearing for Kyle Rittenhouse at the Kenosha County Courthouse in Kenosha, Wisconsin, on Monday.
(Mark Hertzberg/Pool Photo via AP)

“If I had a 17-year-old-son, I would not encourage him to engage in this kind of behavior. But poor judgment is not a crime,” said Branca, who thinks Rittenhouse has a strong case for self-defense.

Even if it isn’t directly relevant to the self-defense claim, legal experts agreed that the question of why Rittenhouse was in Kenosha will loom over the trial.

“Everybody in that courtroom is going to be thinking he deserved what he got because he put himself in a hostile situation. … ‘What are you doing down there with a gun?’” said Bucher.

Branca said the law and facts should lead to Rittenhouse’s acquittal, but said he’s not sure that will happen.

“Trials are dangerous and unpredictable … and innocent people get convicted all the time,” he said. “So it’s quite possible that Kyle Rittenhouse could be convicted in this case based on that kind of rhetoric, despite the legal merits of the charges.”