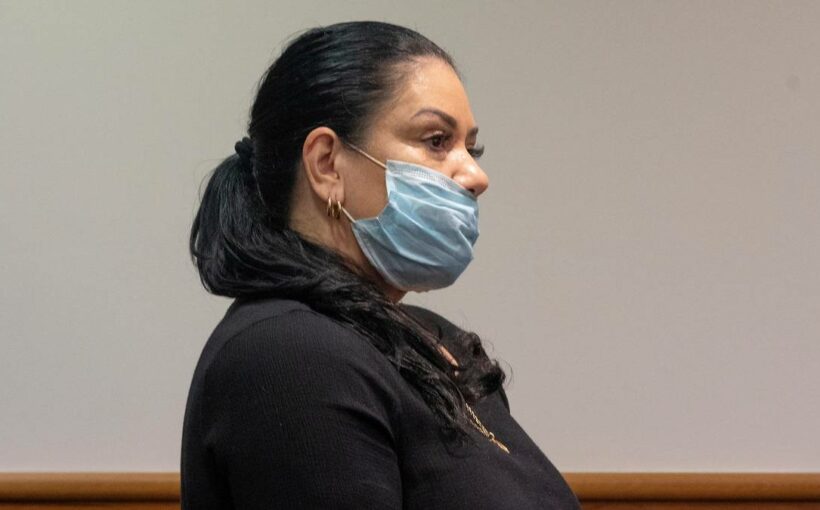 It’s an issue of whether Paula Toleafoa was “living it up” knowing the cash she had for flash cars, holidays and big spending came from drug money.

Not whether she was a victim of domestic violence.

That’s what Crown prosecutor Anna McConachy has told a Rotorua District Court jury that
is to decide if she is guilty of 69 money laundering charges.

But the defence case says the violence and psychological abuse she was subjected to was relevant because it showed the level of control and intimidation she lived with and the likelihood he didn’t tell her he was drug dealing.

The defence argues the money could be explained by their other legitimate cash earnings and there was little other evidence apart from the fact there was “too much cash” to point to Paula Toleafoa’s guilt.

The Crown says the 47-year-old banked and spent large amounts of cash knowing it was drug money made from her husband’s methamphetamine dealing.It says she was a self-confessed savvy businesswoman yet she claimed she didn’t know the large amounts of money came from illegitimate sources.

Luther Toleafoa is in custody awaiting sentencing after being convicted of large-scale drug dealing centred in Rotorua and money laundering.

McConachy said the trial heard abusive phone calls between the pair and evidence of domestic disharmony.

She said this was not a trial about domestic violence and the jury needed to put aside any prejudices or sympathies they might have and take a forensic accounting and common sense approach to the financial records.

Paula Toleafoa was receiving ACC payments for suffering post-traumatic stress disorder and made money from her property investment company. She also said she made cash from selling bags but didn’t produce evidence to prove that.

Luther Toleafoa ran a house wash and paint business at least until 2017 but didn’t declare earnings. A life insurance policy for him, signed by Paula Toleafoa, said he was making $48,000 a year from that business.

Paula Toleafoa said her husband was a “hustler” and made money buying and selling cars, but evidence of those earnings wasn’t produced at trial.

She reminded the jury Paula Toleafoa deposited $197,000 in cash into the pair’s different bank accounts between 2015 and 2018.

Many of those deposits were made at ATMs in Rotorua at the same time she had bookings with her husband at Rydges Rotorua and the Regal Palms, both hotels in Rotorua.

McConachy said the jury knew from Luther Toleafoa’s conviction that he was drug dealing out of those hotels.

Between 2015 and 2018 she spent $73,000 in cash on holidays, a business, a party, furniture and items such as Louis Vuitton bags, Versace glasses and Botox.

McConachy reminded the jury there was little record of everyday spending – including a five-month period where there were no Eftpos records of spending – indicating cash was being used for items such as groceries and coffee.

In a three-month period alone between June to August 2018, she banked more than $27,000 and spent $10,000 in cash on buying a property management business.

McConachy said while the house wash and paint business started out having legitimate contracts, towards the end there were only cash deposits going through the accounts, which she said was drug money.

She described his business as a “sham” and “front” for his drug dealing.

Lack said the nature of their relationship showed Luther Toleafoa could keep things from his wife, as he did from the police.

There was evidence there were times the couple didn’t live together.

“You know you are not dealing in a healthy relationship.”

He said it took courage for Paula Toleafoa to give evidence.

“She has shared with you things that to this day she hasn’t shared with her closest friends and family.”

He said she did that so the jury didn’t view her with the same “lens of suspicion” the police had done.

He told the jury it was possible, and legal, to run cash businesses like the Toleafoas.

“Every cash purchase has been charged as a money laundering transaction. Just because it’s been made in cashdoesn’t make it illegal.”

He noted Judge Phillip Cooper had already dismissed nine charges throughout the trial accounting for $50,000 worth of spending that could have been – and in his submission were – from legitimate income.

Lack said it was telling the Crown wasn’t able to produce evidence of any damning phone calls or text messages, despite Luther Toleafoa’s phone calls and text messages being monitored by police.

There were 176 phone calls and thousands of text messages between the pair and Lack said there wasn’t one “slip-up”, something that didn’t usually happen even with the most sophisticated of criminals.

“The fact she didn’t up sticks and leave him is consistent with a relationship where there has been violence. It is a common cycle.”

Lack said Luther Toleafoa was trying to win his wife back and it wasn’t plausible that he would do that by telling her he had thrown in the house-washing business and was now “slinging meth from hotels in Rotorua”.

He urged the jury to return not guilty verdicts on all the charges.

“You hold an innocent person’s fate in your hands.”

The jury was expected to retire to consider its verdict later today.