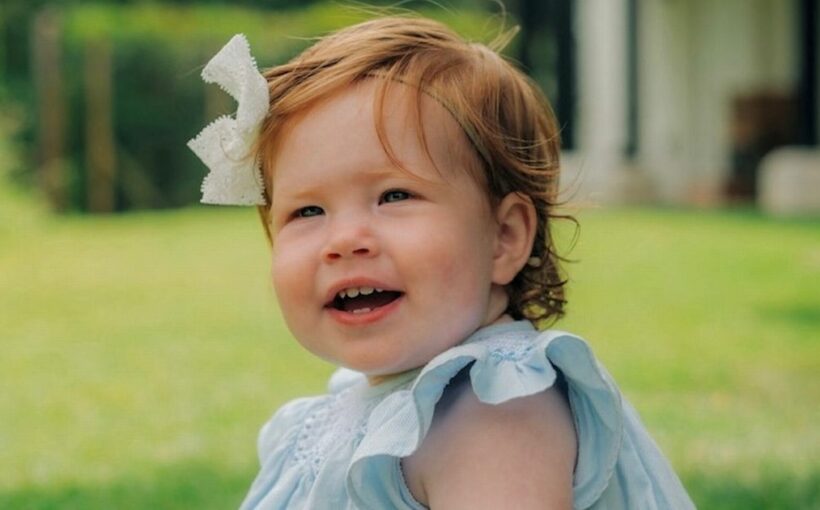 Claims over Hewitt being the father of Prince Harry have been branded untrue, but plenty of Twitter users took to trolling the recent birthday snaps to make their own comparisons.

It comes after the Duke and Duchess of Sussex shared an image of daughter Lilibet, who celebrated her first birthday during the Queen's Platinum Jubilee last weekend.

The Sussexes said that they were "incredibly touched" by the birthday messages they received from fans for their one-year-old daughter.

But some have claimed that young Lilibet is the spitting image of her "grandad," Hewitt, with the 64-year-old also receiving a round of congratulations on social media at the time of Lilibet's birth.

Comparisons have not stopped a year on from the Daily Star's report of the well-wishing trolls, with several people taking to Twitter to point out the similarities between Lilibet and Hewitt.

One user wrote: "Got the genes and hair colour of her Grandfather James Hewitt."

Another joked: "Got a wiff of James Hewitt about her hasn't she? Bless her."

The theory that Hewitt is in fact the Duke of Sussex's biological father has been denied by Prince Harry, with the five-year affair between Hewitt and Diana reportedly taking place between 1986 and 1991.

Another wrote: "Beautiful lil girl, those Hewitt (oops I mean Windsor) genes are showing through."

For the latest breaking news from the Royal Family and stories from the Daily Star, sign up for our newsletter by clicking here.

One said: "I bet Granded Hewitt is over the moon. She's very cute."

But one social media post defied the barrage of Hewitt jokes, where the user wrote: "Harry isn't James Hewitt's son. That was debunked long ago. He looks more like Diana's side of the family."

Other users tore into each other, with a royal spat taking place between two users, with one claiming that "Harry is proof" that "Diana was in love with James Hewitt."