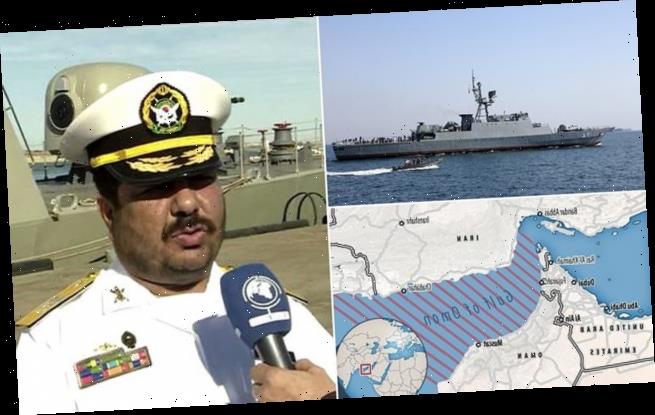 Russia will hold joint naval drills with Iran and China in the Indian Ocean later this month, it has been announced.

The naval exercise will see the three countries ‘rehearse search and rescue operations’ in the northern part of the Indian Ocean in mid-February, Moscow’s ambassador to Tehran Levan Dzhagaryan said on Monday.

It comes less than two years after the countries held similar naval drills in the region in December 2019.

Ms Dzhagaryan told the RIA news agency: ‘The next multilateral naval exercises will take place in the northern part of the Indian Ocean in mid-February 2021.’ 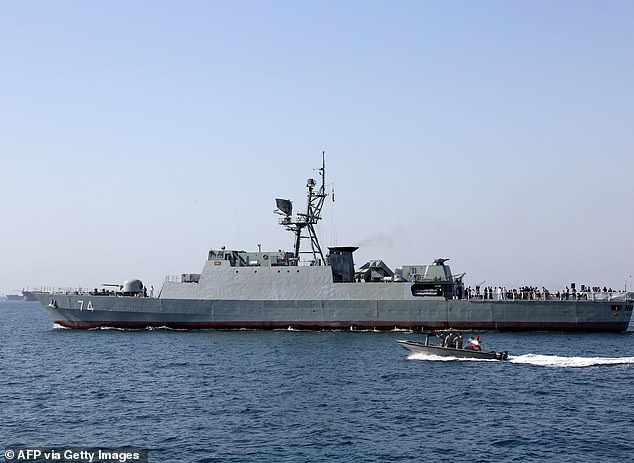 Russia, Iran and China plan to hold joint naval drills in the Indian Ocean later this month. Pictured: An Iranian Navy warship in the Strait of Hormuz 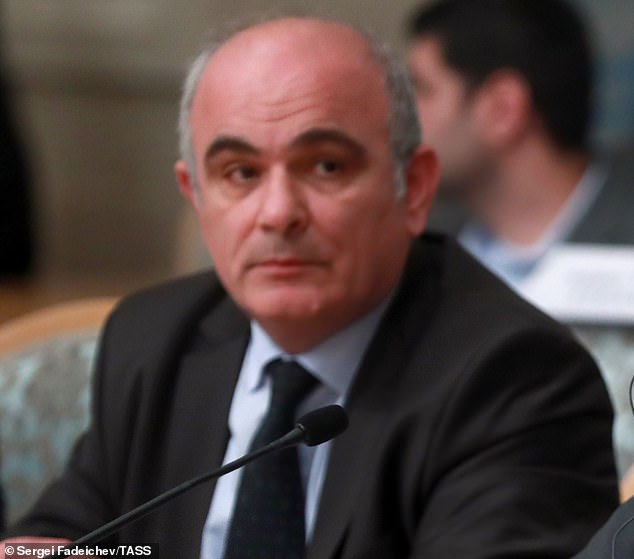 The ambassador added that the drills would ensure the safety of shipping.

In 2019, Iran, China and Russia began joint naval drills in the Indian Ocean and Gulf of Oman, in what Moscow said was an unprecedented exercise in naval cooperation and training

Iranian flotilla admiral Gholamreza Tahani told state television at the time: ‘The message of this exercise is peace, friendship and lasting security through cooperation and unity… and its result will be to show that Iran cannot be isolated.’

The broadcaster said the drills included rescuing ships on fire or vessels under attack by pirates and shooting exercises.

Meanwhile Russia’s Defence Ministry said it had sent three ships from its Baltic Fleet – a frigate, a tanker and a rescue tug boat – to take part in the drills, Red Star, the official newspaper of Russia’s armed forces, reported.

The ministry was cited as saying that it was the first time that such drills were being held in such a format.

The Gulf of Oman has remained a particularly sensitive waterway as it connects to the Strait of Hormuz, through which about a fifth of the world’s oil passes and which in turn connects to the Gulf.

The latest exercise comes as the Pentagon announced it would be sending its USS Nimitz, the only Navy aircraft carrier operating in the Middle East, back to its homeport. 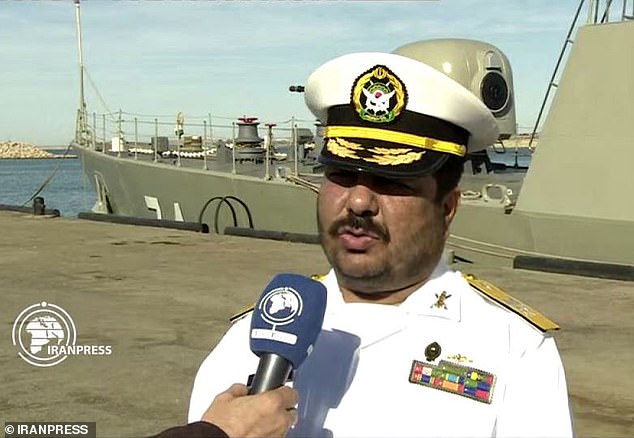 In 2019, Iranian flotilla admiral Gholamreza Tahani said the message of this exercise was ‘peace, friendship and lasting security’ 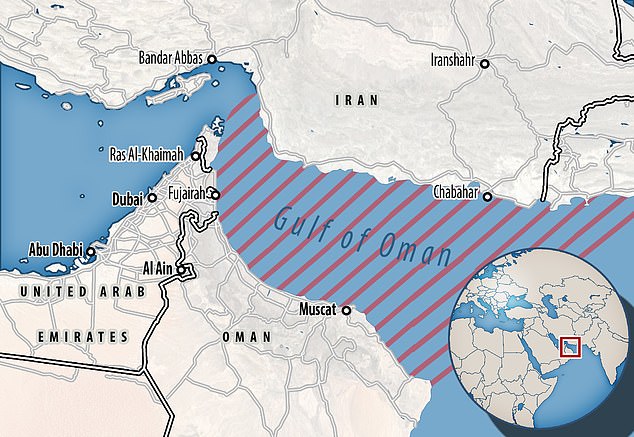 The Gulf of Oman connects to the Strait of Hormuz, through which about a fifth of the world’s oil passes

The Nimitz was operating just off the coast of Somalia and was in the midst of a ten month deployment when the Defence Department announced that it would be returning.

The decision to send the Nimitz home was made in December by the acting secretary of defence, Christopher Miller.

The Nimitz was deployed from the US last April and was due to return before the end of last year.

However in early December, its planned return was postponed, in part out of concerns about potential Iranian threats, and more recently it was ordered to provide support off the coast of Somalia for the movement of American forces out of the country.

The move to send the Nimitz home came just two days after the US flew strategic bombers over Iran as a show of force and a week after Trump warned its government that it would be held responsible for attacks targeting Americans in Iraq.

‘Our embassy in Baghdad got hit Sunday by several rockets. Three rockets failed to launch’ Trump tweeted from aboard Air Force One on December 23.

‘Guess where they were from: IRAN. Now we hear chatter of additional attacks against Americans in Iraq… Some friendly health advice to Iran: If one American is killed, I will hold Iran responsible. Think it over,’ he wrote.

In announcing the decision to send the Nimitz home, Mr Miller made no mention of Iran. 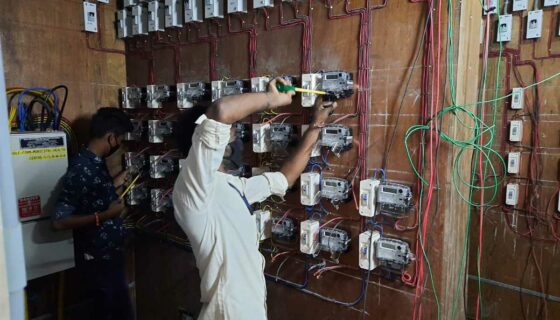