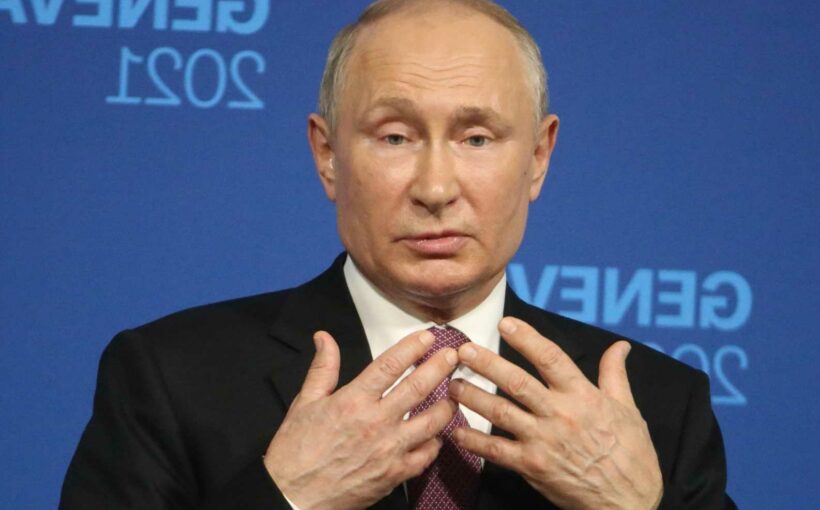 RUSSIA is begging for more ‘spies’ to operate in Britain after their manpower was crippled after the Skripal poisonings.

High-level talks were held this week with a desperate plea for the UK government to “remove the backlog” in beefing up their diplomatic presence. 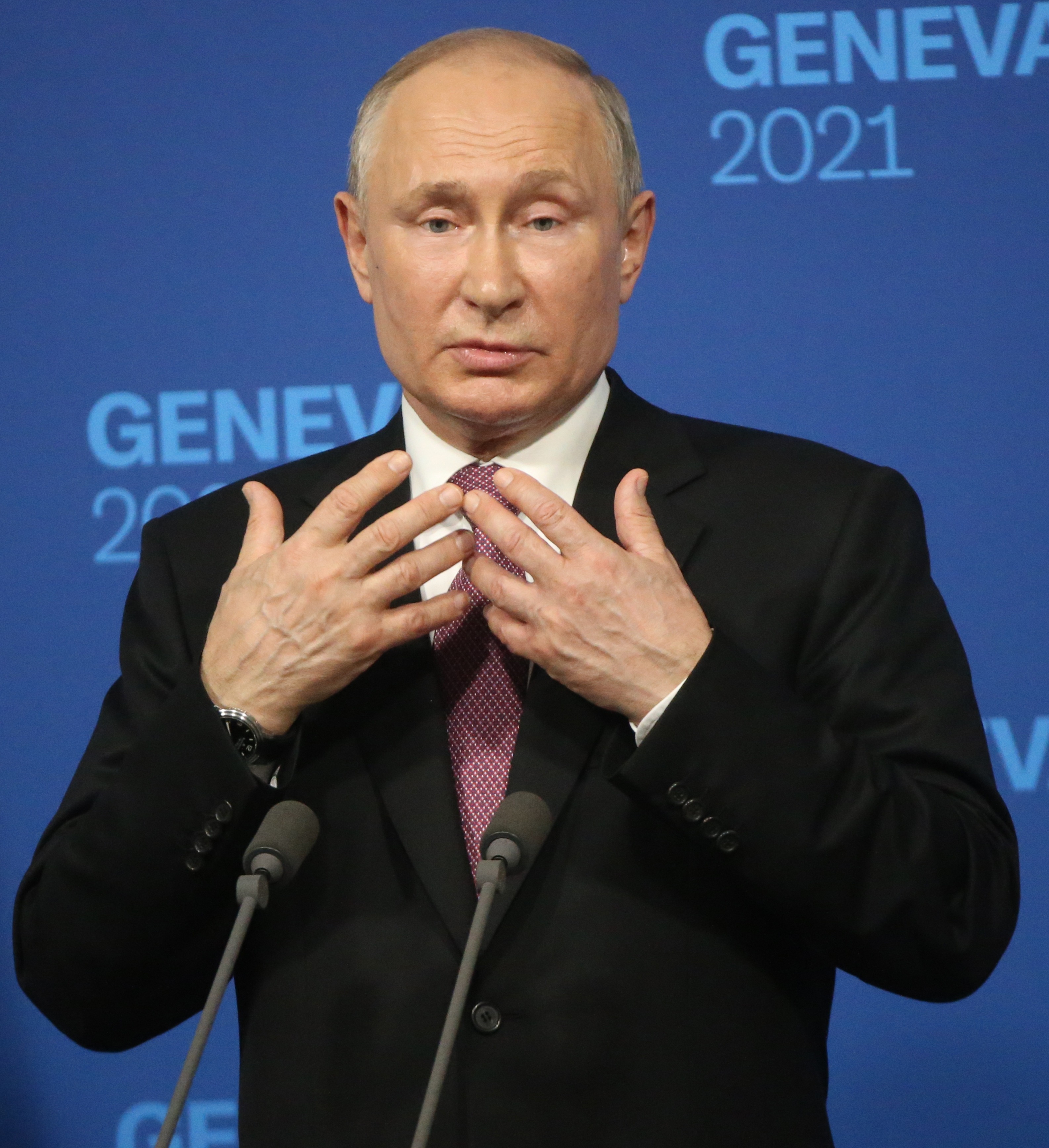 But serious concerns exists here over the exact role of diplomats who seek visas for working in the country.

The UK expelled 23 Russian diplomats in March 2018 who were identified as “undeclared intelligence officers”.

The Kremlin retaliated within days by expelling the same number following an attack on ex-spy Sergei Skripal and his daughter Yulia.

They were found unconscious on a bench in Salisbury, Wiltshire after being poisoned by nerve agent Novichok.

Raab, following the call, said: “We discussed a range of bilateral and international issues, including where we differ profoundly, as well as global challenges including international security, Covid-19, and climate change ahead of COP26.” 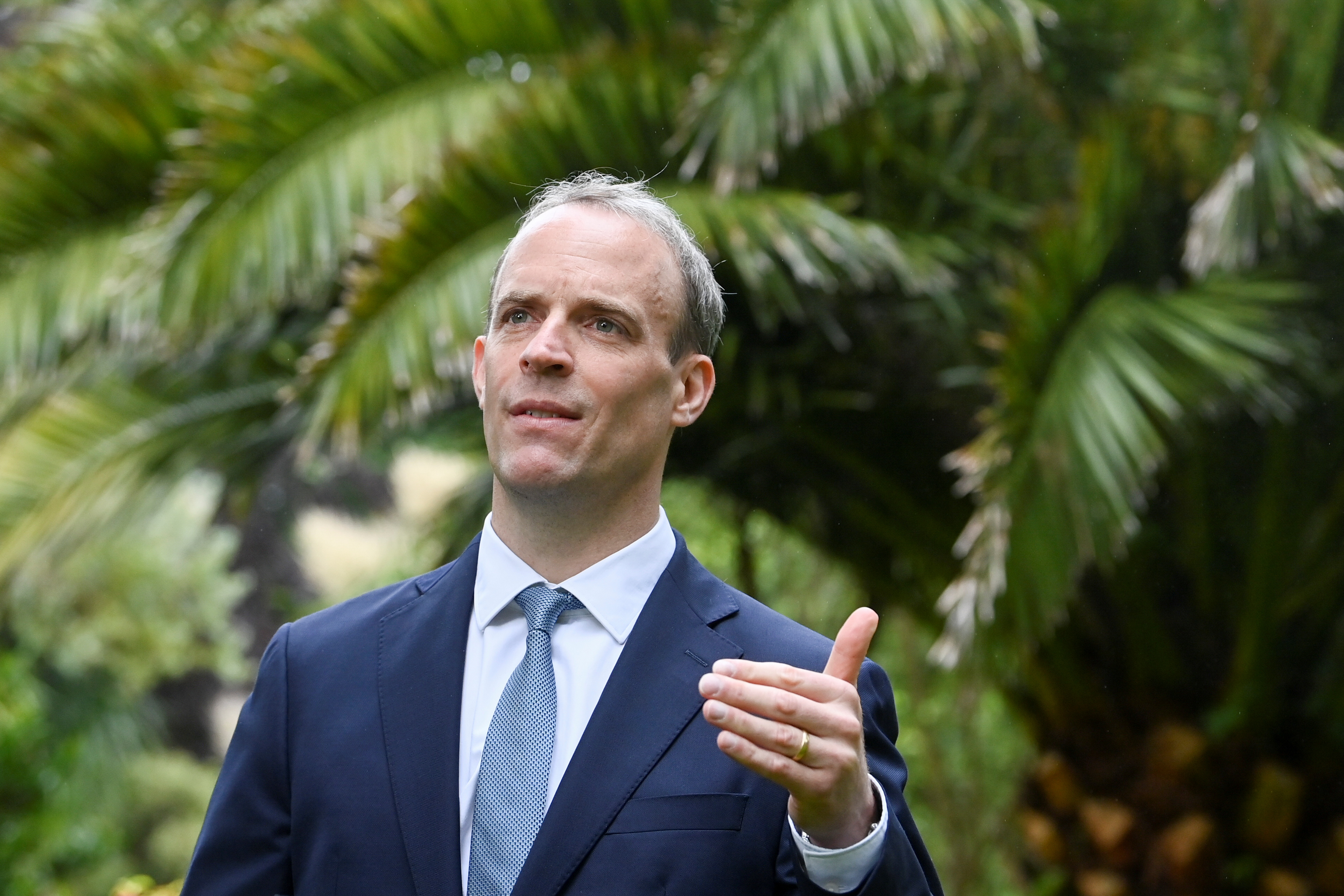 Ex-Foreign Office Minister Tobias Ellwood, writing in The Sun on Sunday, said that “the Biden/Putin summit was more about two leaders getting the measure of each other”.

He added: “Putin needed this Summit to remind the world Russia still counts. All is not well in Russia with rampant corruption, rising popular dissent and economy hurting from legacy Western sanctions.”

‘It’s vital we win Russia over’

Russia’s Putin is an easy enemy to fear. He’s been the West’s bugbear for 20 years. He’s not only become a dictator, he’s invaded Georgia and Ukraine. Seizing land, locking up democrats and buzzing our skies and sea lanes with his military might.

For many, reheating the Cold War against the West is just what Moscow does. As an MP I have seen Russia from the inside. We don’t trust them. They don’t trust us.

But the real Cold War is not with Russia. It is with China. The West must realise that Putin is a nuisance, but China is a threat.

Whilst Putin causes trouble, Xi is a man with a plan. Not for nothing was he made President-for-life. His task: to beat America and make China great again by ensnaring more and more countries to do business with China on its terms. And in standing up to Putin we should not push Russia into the arms of President Xi.

Step back and look at the bigger picture. Each century, one country is the dominant power. No-one is ever top dog for long. Spain in the 17th century, France in the 18th, Britain in the 19th, America in the 20th. Now it’s China’s turn. And they mean business.

There is a 1930’s feel to the world today. China is the new Germany.

But Russia is the new Italy. China is a nation that wants power and Russia seems happy to go along for the ride. But, like Italy, they are making a grave mistake.

The sheer size of Russia spanning the largest continent means ever since the days of Peter the Great, Russia has been torn between west and east. Covering 11 time zones, this vast and proud country now faces a new choice. Do I ride the coat tails of China or will they ignore and ruin me?

I say China is an imperial power. It will use Russia but will never respect it. Like Italy, whose economy it matches, Putin has pazazz but no power. And like Italy, the junior partner will always lose out.

But you’ve got to feel for Putin and the Russian people. After a century of drift and defeat under the Tsars, this downtrodden folk suddenly defeats Hitler and becomes the most feared empire in history. Then, after 50, post-war, cold war, years the Berlin Wall fell.

It was as if the British Empire collapsed overnight without a shot being fired. Russians were now 25% fewer, poorer and powerless. Little wonder that, after a decade with a drunk leader – Yeltsin – they wanted a strong one. And this is the man we have to deal with.

I met Putin in 2015 at the opening ceremony of the European Athletic Games in Baku, Azerbaijan. We had both arrived early and he wandered over to introduce himself.

I was a Minister in the Foreign Office at the time. . I ignored the obvious opportunity to have a pop about his recent incursions into Crimea and Eastern Ukraine Instead telling him of a friend who was in need of Russian transport to return home but was worried it would be cancelled as tensions between Russia and the West were rising.
Understandably he looked puzzled.

I explained my friend was Tim Peake (who I’d served in the Army with) and he was about to embark on his mission to the space station and needed the Suyuz to return. “Mr Ellwood” said the ex-KGB officer with a smile, “tell Tim we will not abandon him.”

We spoke for a full 15 minutes before we were joined by room leaders.

I share this story because it underlines the importance of back channels, forums of communication away from press conferences twitter and even the Ambassador communications – that cut through the spin, mis-information and bravado . It was there during the Cold War but for too long has been absent from the US- Russia relationship.

We are dealing with an autocrat who enjoys horse riding topless and sowing international chaos to look tough. As a former KGB spy, he was quick to cock a snook at the West that had defeated the Soviet Union and had sucked almost all of its former vassals into NATO.

He is a supplicant seeking attention, respect and a place at the top table, not a pariah with no option but to be wingman to the global school bully. And he’s going to be around for a long time.

A single summit between Biden and Putin will not transform the West’s relationship with Russia but it could be the beginning of a fresh Western resolve. We have an attitude towards Russia but no collective strategy.

If there was one success from Boris Johnson’s G7 summit in Cardiff it was a recognition by Western leaders just how complex and unstable the world is becoming.

And only by working together do we have any hope of addressing the big issues such as pandemics, climate change extremism and a couple of aggressive super powers unwilling to play by the rules. It should come as no surprise that Russia presently cosies up to China – even though the Russian people would prefer to look West.

At a time when pandemic has seen nations retreat from the global stage, becoming more siloed and protectionist – Boris did well to lift heads up and take serious look at where the world is going. Indeed ask yourself – do you think the world will be a safer or more dangerous place in 5 years?

Both the UK and our closest ally the US, know the answer to this and that’s why both nations signed a New Atlantic Charter to say we’ve got to do something about it.

And do something we must. Thanks to China’s growing authoritarian influence our world is likely to splinter into two spheres of competing influence. As I said to the Prime Minister last week – the actions we, the West, choose to take over the next few years, in addressing our wobbly world order, will determine how the next few DECADES play out.

The Biden/Putin summit was more about two leaders getting the measure of each other than about resolving the chunky issues such as cyber-attacks, Ukraine and nuclear warhead treaties.

Putin needed this Summit to remind the world that Russia still counts.

All is not well in Russia with rampant corruption, rising popular dissent and economy hurting from legacy Western sanctions.

And Putin equally is concerned about the impact of a Chinese superpower.

In the wider 21st century challenge to address the rise of China. It’s vital we win Russia over. I hope our new back channels are now doing exactly this.