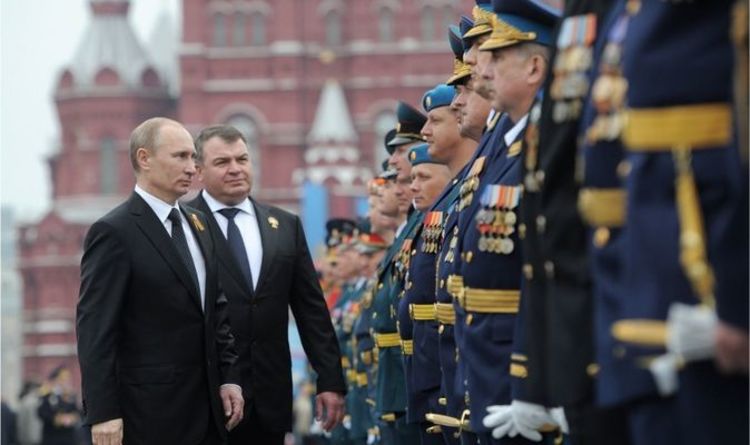 Russia’s military expenditure is alarming; the amount it spends as a percentage of its GDP has overtaken the US for at least six years now. As the US’s defence budget diminishes will it be able to keep pugnacious Putin in check? Should the West be concerned?

Our World in Data has tracked the military expenditure of countries from around the world.

Their data from 2014 has revealed a worrying trend.

From 2003 to 2013, the US managed to keep Russian President Vladimir Putin in check by spending a higher percentage of its GDP on its military than Russia did.

However, since 2014 Russian spending in proportion to its GDP has remained higher than the US.

If these rates continue will the West be able to keep Russia in check in the future?

The US’s top military intelligence official said the Russian military is an “existential threat” to the US.

The Director of the Defense Intelligence Agency, Scott Berrier, expressed his concerns during a Senate Armed Services Committee hearing about worldwide threats.

He said: “The Russian military is an existential threat to the United States.”

He added: “Moscow continues to invest in its strategic nuclear forces, in new capabilities to enhance its strategic deterrent, and that places the US homeland at risk.”

Troublingly it’s not just the US that has reduced their military spending in relation to their GDP.

The UK’s military budget has been plummeting since 2009.

In 2009 the UK spent a healthy 2.42 percent of its GDP on the military, but this has dropped year on year.

Just how much do countries spend on their military?

Russia spent a whopping $61.7 billion (USD) on its military in 2020 according to Statista.

But it isn’t the biggest spender – Russia is the fourth-highest for its military spending in the world.

The US may spend a lower percentage of its GDP on its military than Russia, but fortunately, its overall military spending is far higher.

The country racked up a staggering $778 billion bill last year, making it the highest spender in the world.

China came a worrying second, spending $252 billion on its military.

While India ranked third with a spend of $72.9 billion.

The UK then came fifth behind Russia, spending $59.2 billion.

But it isn’t all doom and gloom for the UK.

From 2020 to 2021 the UK’s defence budget shot up by two billion pounds from the previous year.

So perhaps Boris Johnson is committed after all to his fighting talk that “the defence of the realm must come first.”