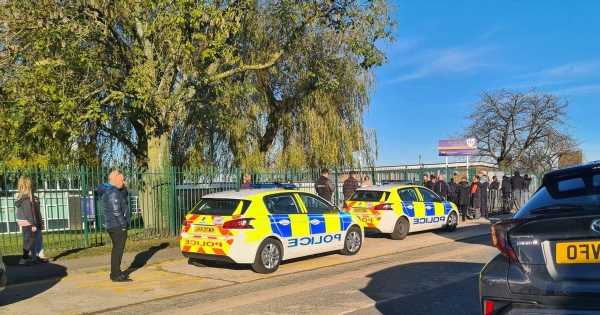 A SCHOOL was put on lockdown after someone claiming to have a GUN made threats online.

Armed cops were rushed to Golborne High School, Wigan, after the threats were sent "over the internet" shortly before 11am this morning. 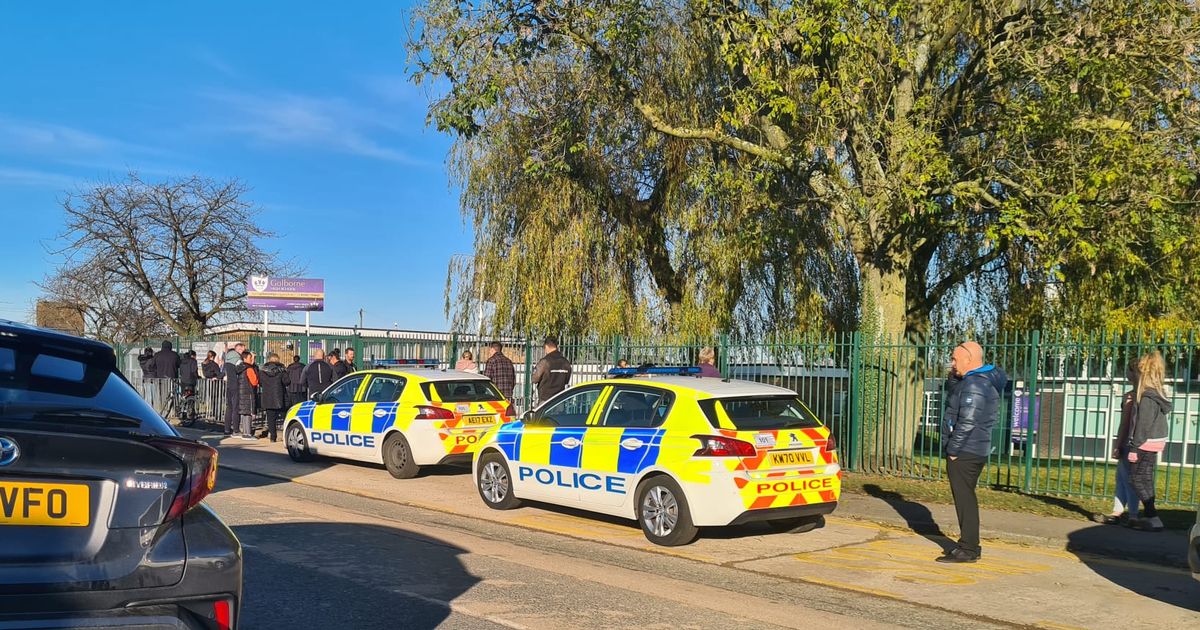 No-one approached the area with a firearm and the school was shut down as a precaution, Greater Manchester Police confirmed.

The threat was later dubbed a "hoax".

Earlier today, a large group of terrified parents gathered outside Golborne High School – a coeducational foundation secondary – after seeing reports of an evacuation on social media.

One parent told of their horror after they tried to call their child – but got no answer.

They told Manchester Evening News: "I had no idea what was going on, I called them and got no response. It was scary."

Another parent said: "I was with my wife at home and we got a call that something had happened so I shot down here."

A GMP spokesperson said: "At around 10.42am this morning (22 November) police received a report online of what is now believed to be a hoax, from an individual claiming that they were going to attend a school on Lowton Road, Golborne, in possession of a firearm.

"Officers attended and it was established that there was no one with a firearm present in the area.

"Enquiries are ongoing. Police patrols will be in the area for reassurance so please do not hesitate to speak to them if you have any concerns or questions."