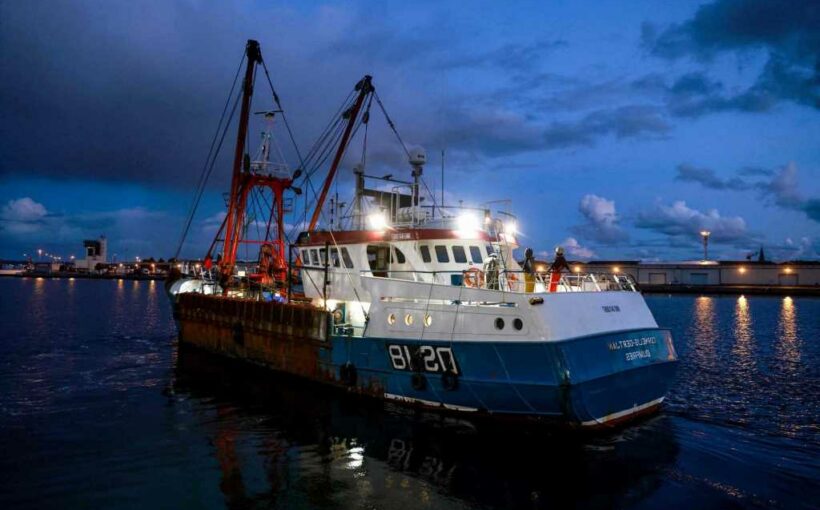 BRITAIN claimed another scalp over France in the salty fishing war tonight as the trapped scallop trawler was finally freed.

After being held in Le Havre for a week, a court ordered the immediate release of the Cornelis Gert Jan and its seven-strong crew. 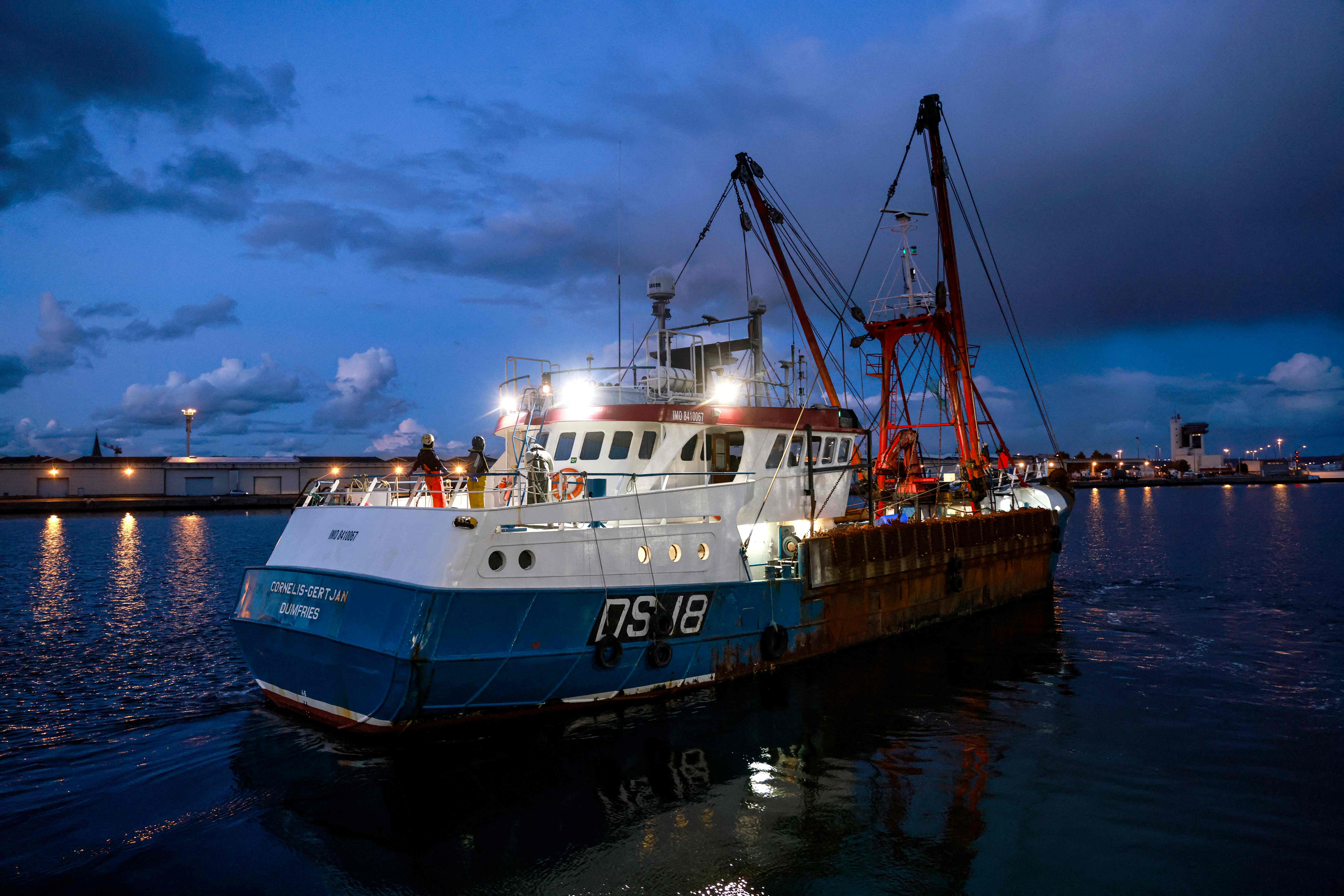 It was detained last Wednesday for dredging two tonnes of scallops without a licence on French waters.

The Cornelis’s skipper, Irishman Jondy Ward, was charged with illegal fishing – plunging him into a huge cross-Channel political storm.

It is another victory for Boris Johnson after a bitter war of words with his French counterpart Emmanuel Macron.

Today Mr Ward appeared before an appeal court in Rouen, an hour from Le Havre, for a closed hearing.

His legal team argued for the boat to be released and against the mammoth £125,000 bail bond, and won.

Mr Ward’s lawyer Mathieu Croix said: "The court followed our arguments and cancelled the seizure. The boat is free to leave Le Havre immediately without having to pay any bail."

French officials claimed the boat was fishing without a licence. Its owner Macduff Shellfish denies the allegation and has blamed a possible admin error.

Married dad-of-two Mr Ward, from the tiny fishing village of Burtonport, Co Donegal, gave a thumbs-up from his boat after getting the news.

After the hour-long hearing Mr Ward, wearing a smart blue shirt and black trousers, said: “I hope to get home today or at some stage at a later date.

“There should be a decision later today.

“We’re just waiting on the decision now from the judges to see if we are free to go or have to pay bail to get the boat out.

“If it goes right, we will go out of here today. If not, it’ll be tomorrow maybe,  it depends.”

He said it has been a “strange” week with the media attention. 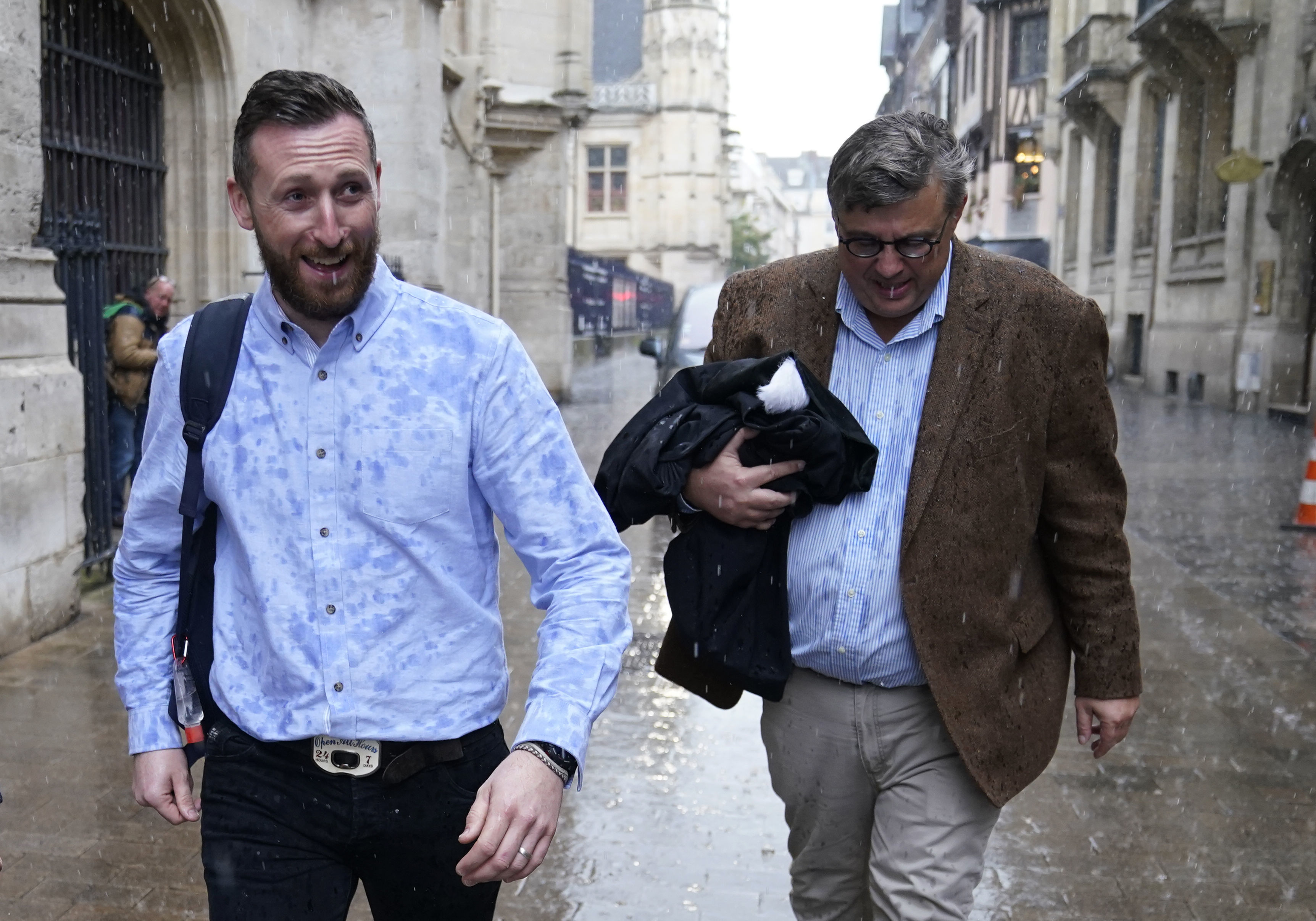 Speaking about last Wednesday, he went on: “We were just boarded as standard in the morning. Everything went fine.

“Then they came back around 5pm to say that we’re going to be detained because our boat was not on a European register for licensed vessels, which we had no idea about.

“We had all our documents on the bridge all in order. We have our licence to fish, everything like this. I don’t know if it was a clerical error or what caused it, but we weren’t on the list.”

Asked if that was a mistake by the UK authorities, he said: “I don’t know whether it was by them or what.

He said they were fishing in the Baie de Seine, some 24 miles away from Le Havre.

Mr Ward said he thinks they have been “caught in the middle” of the fishing licences row, but added: “I can’t say too much about it.”

The experienced fisherman has landed himself in hot water across the Channel before – claiming to have once been pelted with stones by angry French trawlermen during the 2014 scallop wars.

Mr Croix added of the court case: “It’s not uncommon for this type of procedure to occur.

“What is uncommon is the size of the bail, which the French administration clearly set to focus minds over the fishing row.

“The action taken by the French authorities has been over the top.

The trawler's release came as France kept up its public war of words with Britain despite growing expectations it's rolling the pitch for a climbdown.

Sabre-rattling transport minister Jean-Baptiste Djebbari bragged the "balance of power" is still in his country's favour in the row over fishing licences.

He jibed: "The British have a lot more to lose by not implementing the Brexit agreement between the EU and the UK than the reverse."

But just hours later French officials quietly delayed their planned revenge measures until the weekend at the earliest.

Gabriel Attal hinted Paris is rowing back on the idea of waging a lonely war against the UK after failing to secure EU support.

There will then be a crunch meeting between British, French, and EU negotiators in Brussels on Friday.

Eurocrats are privately confident a deal can be struck by the weekend.

An EU spokesman said: "Talks have allowed us to chart the way forward and have created a positive dynamic."

The latest figures reveal the row now boils down to just 34 licences for UK waters and 55 for Jersey's.

And Mr Macron is under growing pressure from French fishing chiefs to drop his trade war threats altogether.

Industry bigwigs begged him not to "shoot us in the foot" and warned they'll be unable to supply shops and restaurants if he goes ahead.

Some skippers admitted a tit-for-tat battle with the UK won't achieve anything and urged their President to make peace.

Calais fisherman Loic Fontaine, who is planning to sell his boat, said: "The English are stubborn – they won't let go.

"It is better to stay friendly and to find a compromise. If we start a naval war, it won't end."