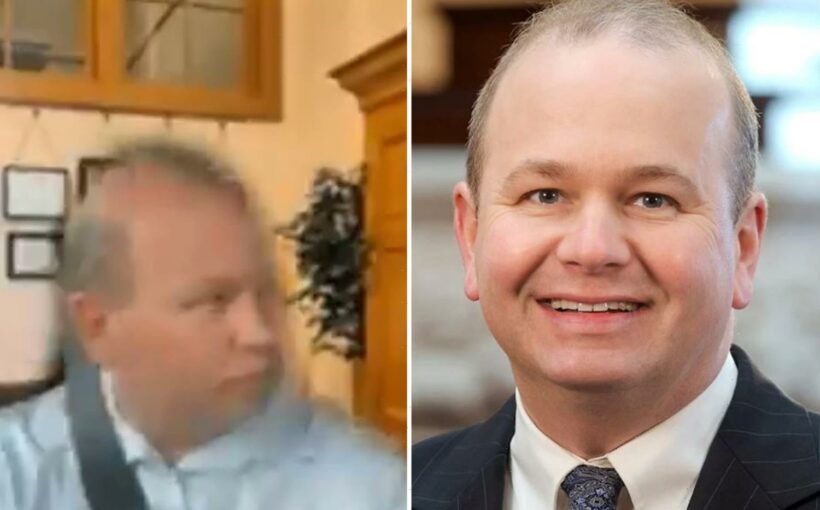 A SENATOR has been mocked for his pathetic attempt to hide the fact he was driving during a Zoom call by using a fake background.

Ohio state Senator Andrew Brenner's background during the live-streamed meeting showed a home office – but he was wearing a seat belt. 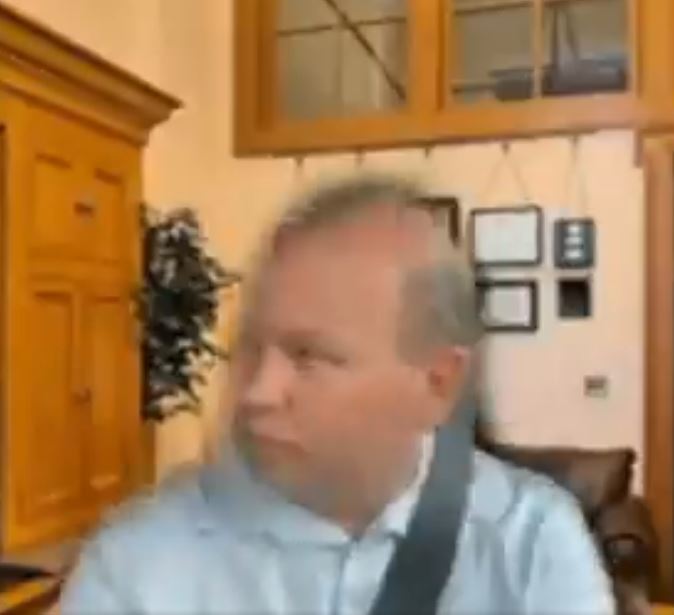 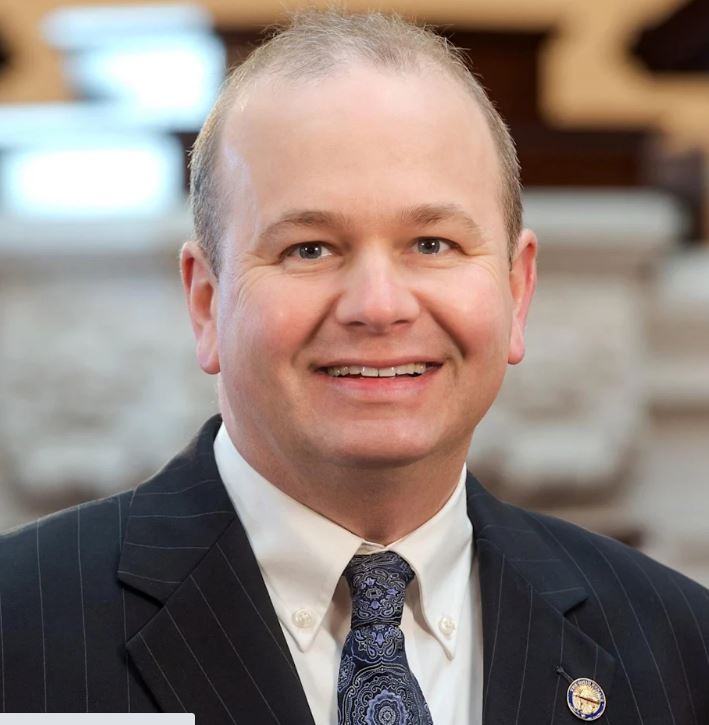 Brenner, 50, insisted he "wasn't distracted" during the Ohio Controlling Board meeting on Monday – but a clip of the session appeared to show him concentrating on the road as he looked left and right.

Brenner, a Republican for the city and county of Delaware, joined the meeting without the fake background in what appeared to be a car.

He then added the picture of the home office and appeared to put the phone on the dashboard before he started driving.

The incident came within hours of the introduction of a new bill to stamp out distracted driving in Ohio, the Columbus Dispatch reports.

"This Ohio State Senator thought he was slick, using a Zoom background of his home office while driving… debating a bill for harsher penalties for distracted driving," KSEE24 News anchor Brody Logan tweeted. 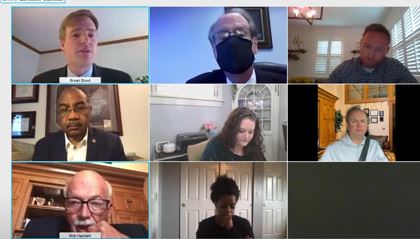 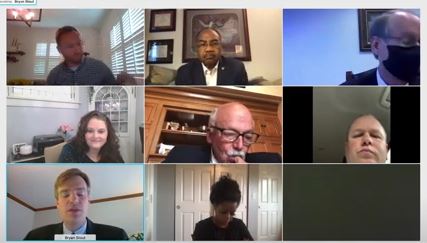 Cleveland reporter Andrew Tobias wrote on Twitter: "State Sen. Andrew Brenner was wearing a seatbelt and appeared to be driving during today's Ohio Controlling Board virtual meeting. That's a first for me!"

Brenner told the Columbus Dispatch: "I wasn't distracted. I was paying attention to the driving and listening to the meeting.

"I had two meetings that were back to back that were in separate locations. And I've actually been on other calls, numerous calls, while driving.

"Phone calls for the most part but on video calls, I'm not paying attention to the video. To me, it's like a phone call."

He added: "I was wearing a seat belt and paying attention to the road."

The state's governor – Republican Mike DeWine – said in a release announcing the proposals: "Ohio's current laws don't go far enough to change the culture around distracted driving, and people are dying because of it.

"Distracted driving is a choice that must be as culturally unacceptable as drunk driving is today, and strengthening our current laws will lead to more responsible driving."

According to People, the Ohio State Highway Patrol reported more than 66,000 crashes in the last four years which involved at least one distracted driver.