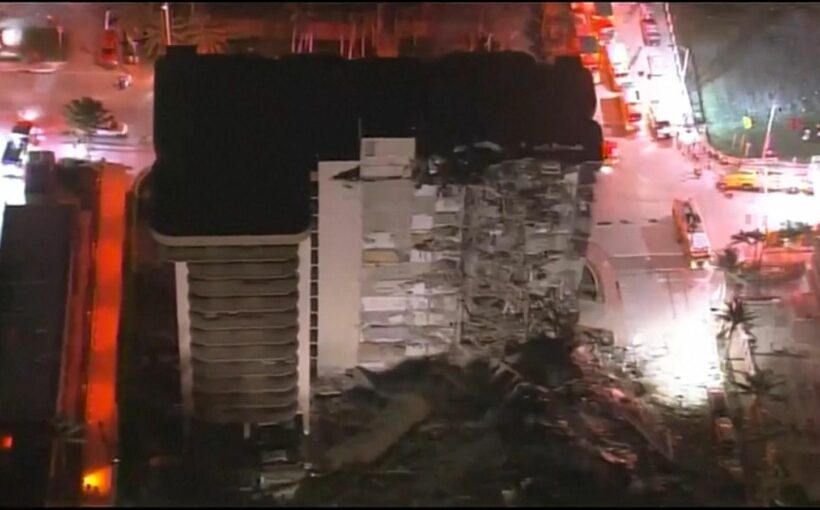 A huge emergency operation is under way after a partial building collapse in Miami Beach, with reports of at least one person killed and several injured.

More than 80 fire and rescue units were at the scene of the collapse in the Florida city, with images showing a pile of rubble with debris spilling down from what was left of the balconies of the building.

CBS reported that at least one person had died, while ABC News said eight people were being treated for injuries in hospital.

Police have cordoned off nearby roads, with scores of fire and rescue vehicles, ambulances and police cars deployed in the area.

NBC said the rescue teams included a unit that is trained in the removal of victims trapped in complex or confined spaces.

NBC Miami showed a video of a young boy being pulled alive from the rubble.