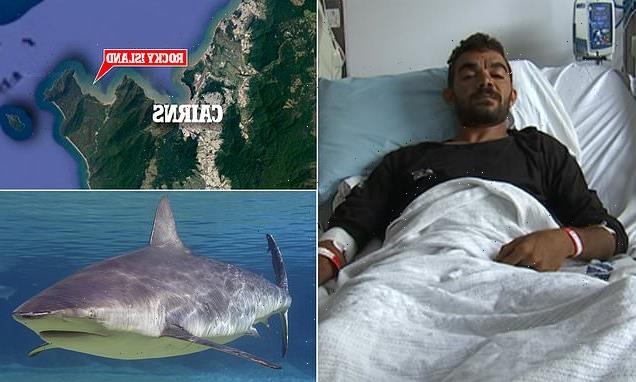 A brave shark attack survivor who was mauled by a ferocious three-metre shark has revealed the terrifying moment he almost lost his leg to the beast.

Phillip Brown, 24, was spearfishing for barramundi off Rocky Island east of Cairns,  Far North Queensland, when he was attacked in the shallow waters on Sunday.

He recalled the harrowing moment he came face-to-face with the giant bull shark, who gripped onto his leg so hard it dislocated his kneecap.

‘I just thought it might be my last day, because look at me, I’m nothing much and he was a big shark,’ the avid spearfisher told 7News. 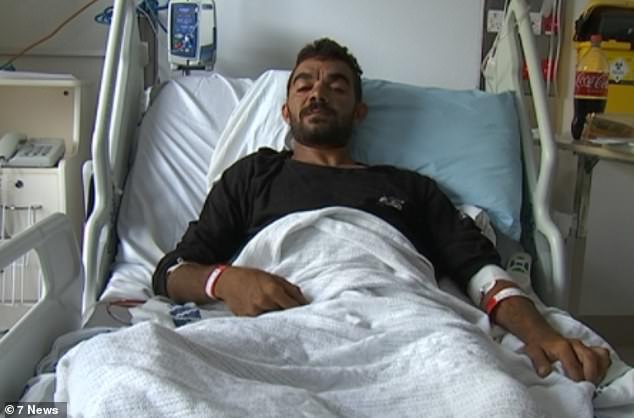 Phillip Brown, 24, (pictured) was spearfishing for barramundi off Rocky Island east of Cairns, Far North Queensland on Sunday morning when he was attacked by a three-metre bull shark 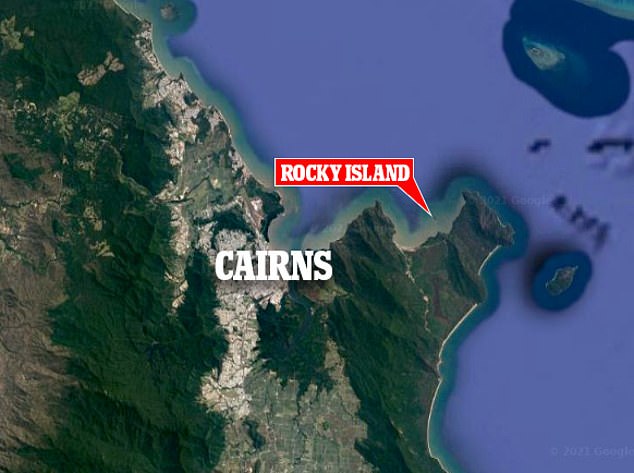 The avid spearfisher had been on the hunt for barramundi near a rocky islet in Yarrabah, east of Cairns, when he came face-to-face with the gigantic shark

Mr Brown felt his leg twist and pop out of the socket as he made a beeline for a nearby rock, while attempting to deter the three-metre shark.

He called out to his friend and nephew ‘he’s got me’ before ordering them to leave the water as quickly as they could.

‘The shark had me on the leg, so I grabbed my spear gun, spun around with it and stabbed him on top of the head,’ the 24-year-old recalled.

The bull shark continued to linger in the shallows enticed by the blood in the water as the spearfisher scrambled to safety.

Mr Brown tied his nephew’s shirt tightly around the spurting wound as the group jumped into his boat and headed for the mainland.

Despite potential damage to his boat he encouraged his friend and nephew to ignore the low tide and drive straight onto the bank. 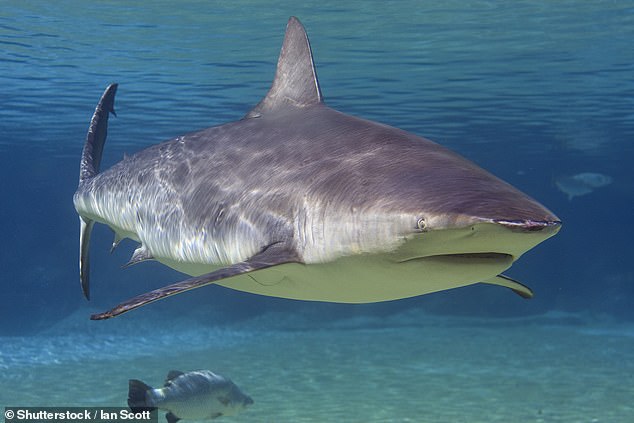 They carried the father-of-one to his truck and raced him to the local health centre.

He was later airlifted to Cairns Hospital where he was treated for a dislocated knee and a large gash that covered most of his calf.

The bull shark had twisted the bottom half of the spearfisher’s leg 180 degrees.

Mr Brown believes a previous injury might have helped.

‘If I didn’t have the dislocated knee, he probably would have ripped it off,’ he said.

Reflecting on the traumatic attack he said he feels lucky to be alive and grateful his friend and nephew were there to help.

‘I thought it was my last time diving,’ he said. ‘I knew what was going to happen. It’s a bull shark, he’s going to have a go at me.’ 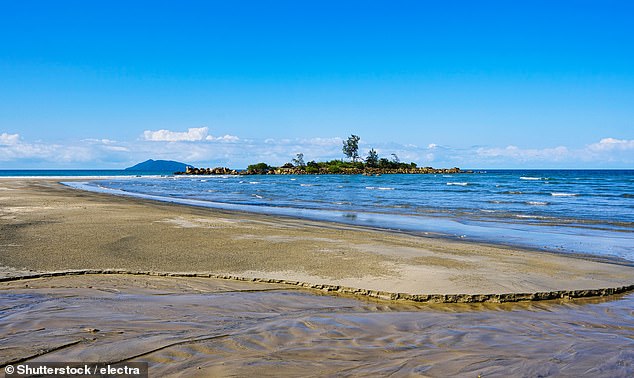 The incident is the second shark attack in north Queensland in a matter of weeks with a 34-year-old man being bitten in the Whitsundays near Airlie Beach (pictured, Yarrabah beach)

The incident is the second shark attack in north Queensland in a matter of weeks with a 34-year-old man being bitten in the Whitsundays near Airlie Beach.

The man had been swimming off a private boat at Hook Island in October and was bitten on the leg as he tried to climb back aboard the boat.

The bites caused lacerations to his thigh, leg, and ankle which required stitches.

‘Any sort of shark bite is taken very seriously, the results can be quite serious,’ Queensland ambulance support officer Peter Gleeson said.

The Queensland government is spending $4million on pilot programs for new technology which will mitigate the risk of shark bites such as drone surveillance but existing measures such as nets and drumlines will also remain in place.