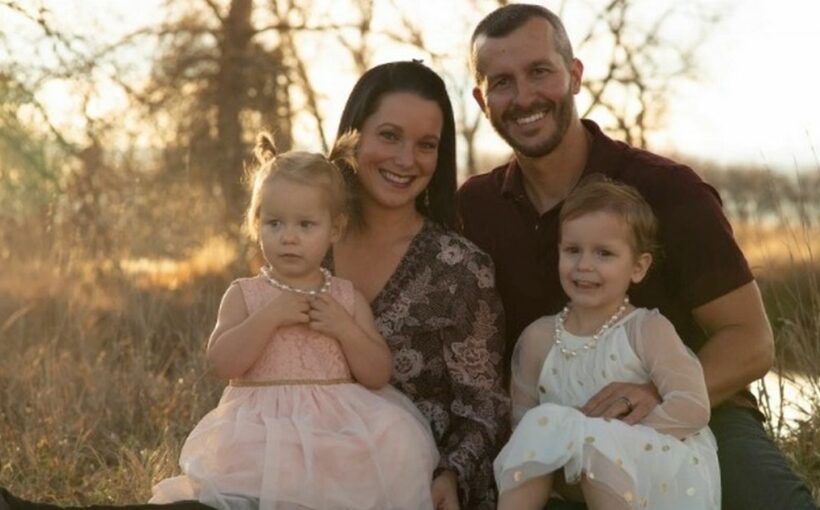 Evil killer Chris Watts has developed an "close and intimate" relationship with an ex-prison psychologist.

Watts buried Shannan's body in a shallow grave and dumped his daughters' bodies into an oil tank at the oil and gas exploration site where he worked in Frederick, Colorado, US.

Shanann was discovered in a "foetal position" in a shallow grave, while her two young daughters were found in "crude oil sludge".

Watts was sentenced to five life sentences without parole, and will spend the rest of his life in prison for the twisted murders.

And now, 42-year-old clinical psychologist Christa Richello has admitted to developing a "close and intimate relationship" with Watts and cellmate Dylan Tallman after sending the killer fan letters in prison.

Speaking on a new episode of Cellmate Secrets: Chris Watts, Christa, who is now actually engaged to Dylan, talks about her fascination with Watts' case, E! reports.

She says: "I found it very odd, the way the case was handled.

"I've never seen a case in history that somebody took a plea agreement so quickly, a case was completely ended and not investigated.

"And there's all these different theories because normally this would be going on in a trial for years, and it was only two months to this plea agreement. And that's what caught me."

Christa also reveals in the documentary that her own mum was fascinated with American cult leader Charles Manson, whose followers carried out several notorious murders in the 1960s.

Recently, TikTok users have said they believe they've spotted something eerie in footage shown on Netflix documentary American Murder: The Family Next Door.

In a series of videos, creator Nash Donnelly shared the moments he and many others believe are sightings of the ghosts of Chris Watts' children.

In one of the clips from when the police arrive at the house, a short figure can be seen walking down the stairs as Chris Watts lets them into the house.

In another, what appears to be a child's arm can be seen in the backroom as Chris is stood with Shannan's friends pretending like she has just gone missing and he has no idea where she is.