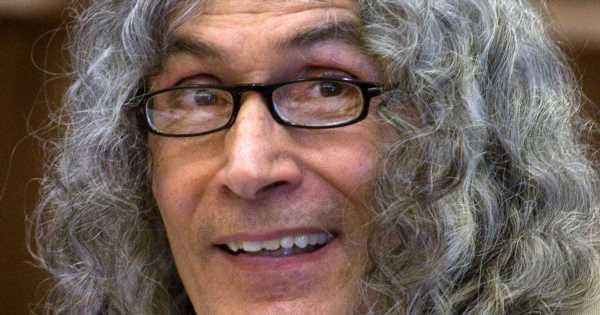 A producer on The Dating Game thought Rodney Alcala had an unnerving "mystique about him".

But against his better judgement, the suave, handsome photographer was allowed to appear on the show.

He should have listened to his gut. Little did anyone know but at the time he appeared on the show as a prospective date for a bachelorette, he was on a murderous spree, which saw him slay as many as 130 women.

What's now clear is that the serial killer had already killed five women and that his modus operandi was to strangle his victims until they passed out, then resuscitate and rape them in a sick torture game.

Had producers done some digging, they'd also have discovered that he'd served prison time for sexual assault and had been charged with the attempted murder of an eight-year-old girl.

Mike Metzger, an executive producer on the US show in the 1970s, recalled his concerns to documentary series 20/20 this year, saying: "He had a mystique about him that I found uncomfortable."

Still, Alcala, who has since been compared to handsome and charming serial killer Ted Bundy, was selected for the show and won, with bachelorette Cheryl Bradshaw choosing him as her date.

During his 1978 appearance on The Dating Game, he told host Jim Lange: "I'm called the banana and I look really good."

Thankfully, Cheryl soon realised he was creepy and chose never to go on the date.

Many other women weren't so lucky.

After brutally raping and beating Tali Shapiro, eight, in Los Angeles in 1968, he fled California to evade arrest and enrolled at the NYU film school in New York under the name John Berger.

At the beginning of 1971, the FBI added Alcala to their Ten Most Wanted Fugitives list. That year, he got a job at an arts camp for kids, this time as John Burger, a variation on his alias.

In June of that year, he killed his first victim, 23-year-old flight attendant Cornelia Crilley, in New York. Her naked corpse was found by police in 1971. There was a bite mark on her breast and material in her throat suggested she'd been gagged.

Her murder would remain unsolved until 2011.

In the meantime, also in 1971, two children at the camp where Alcala was working recognised him on an FBI poster and he was extradited back to California.

Little Tai's parents wouldn't let her testify at his trial so prosecutors couldn't convict him of rape and attempted murder, instead having to settle for a charge of assault.

Astonishingly, despite Alcala being a repeat offender and known flight risk, he was was permitted to travel to New York. A week after arriving there, he notched his second kill, murdering Ellen Jane Hover, 23.

Her body was found in the grounds of a hospital. It was so badly decomposed that she could only be identified by her dental records. She had written on her calendar that she was going to meet a man called John Berger, but at the time police had no idea that was Alcala's alias.

In 1979, a year after his appearance on The Dating Game, he was caught.

When 12-year-old Robin Samsoe's decomposing corpse was found in the Los Angeles foothills, her friends told detectives a stranger had approached them on the beach, asking if he could take pictures of them.

A sketch of the suspect was circulated and Alcala's parole officer recognised him immediately. Samsoe's earrings were found during a search of a storage locker linked to Alcala. He had kept them as a sick trophy.

He was tried, convicted and sentenced to death for Robin's murder in 1980, but the verdict was overturned because jurors has been improperly told about his prior sex offences.

In 1986, a second trial returned the same verdict and sentence, but was again nullified.

By the time prosectors were preparing for a third trial in 2003, they discovered that Alcala's DNA, specifically semen found at crime scenes, linked him to more rapes and murders.

Finally, in 2010 Alcala stood trial for five murders. Bizarrely, he acted as his own defence lawyer, even taking the stand and cross-examining himself for five hours.

He was found guilty of all five murders and sentenced to death in March 2010.

He later admitted murdering Cornelia Crilley and Ellen Hover too.

That month, police released 120 of Alcala's photographs, asking the public for help identifying the subjects in case any were missing persons. Around 900 additional photos were deemed too sexually explicit to be shared.

One photo, though, caught the attention of a relative of Christine Thornton, 28, whose body was found in Wyoming in 1982. In 2016, Alcala was charged with her murder, but was reportedly "too ill" to make the journey from California to stand trial.

Investigators have estimated that Alcala killed between eight and as many as 130 people. 'Trophies' and keepsakes have linked him to more cold cases.

The chilling story of his Dating Game appearance is the subject of upcoming Netflix movie Rodney and Sheryl, starring Anna Kendrick as the pretty bachelorette who chose him.

It's an appearance that will forever haunt those involved.

The day after the show was filmed in 1978, Cheryl called producers office to say she was too creeped out to go on the date.

Producer Ellen Metzger recalled: "She said, 'Ellen, I can't go out with this guy.

"'There's weird vibes that are coming off of him. He's very strange. I am not comfortable. Is that going to be a problem?' And of course, I said no."

Fellow producer David Greenfield is ashamed that Alcala was included.

He said: "When I watch the show now, it’s hard for me to watch it without looking behind his eyes and knowing what this guy had to be thinking. Just the evil behind the smile.

"I can't imagine anybody that would commit a crime and then purposely go on television."

Actor Jed Mills competed against Alcala on the show and even testified at his trial 35 years later.

Alcala was due to be executed on death row, but his lethal injection was postponed indefinitely when California outlawed the death penalty in 2019.

He is now rotting in Corcoran State Prison in central California.