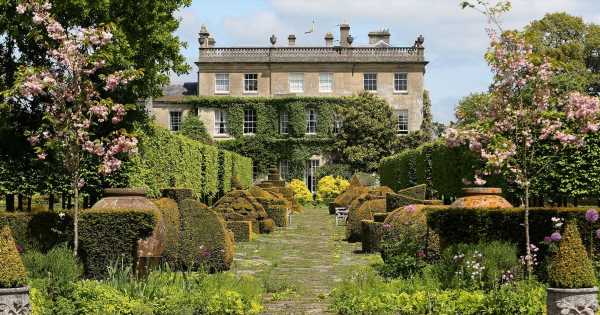 Ever wondered what it's like to live like a King? If you have £450 and act fast you can find out, with private tours of the mansion grounds of Prince George's potential future home now available.

Highgrove gardens is currently occupied by another future King, Prince Charles, who some royal commentators reckon will pass the property to George when he turns 18 in 10 years time.

Royal commentator Christopher Wilson has said that the Duchy of Cornwall owned Gloucestershire property would “inevitably” become “surplus to the requirement” and pass to George when Charles becomes King and moves to London, Gloucestershire Live reports.

Charles has already let go of the lease of the organic land around the estate but is said to be reluctant to let go of the house and gardens which are his pride and joy.

Prince George taking over the royal residence, which reportedly has nine bedrooms and six bathrooms, would be a good solution for all concerned because it would safeguard the gardens Charles has spent decades creating.

There is talk of grandfather and grandson already bonding over a love of nature and gardening which is shared by Camilla, the Duchess of Cornwall.

Tour guides already point out a particular tree that Charles and George planted together near a rose covered arbour and say it was chosen for its heady scent.

Anyone who wants an advance look at what he is likely to inherit can sign up for a variety of Autumn Walks over six days in October. One option is a private tour of the gardens for £450.

The website says : "Looking for something extra special? We offer exclusive tours of Highgrove Gardens for private parties, creating a truly personal way to experience Highgrove.

"Your 75-minute exclusive Private Tour will be led by one of His Royal Highness The Prince of Wales’s experienced guides."

But if the budget does not stretch to that you can opt to see the royal woodlands as part of a tour for £22 per head.

The tour will focus on areas that will be at their seasonal best, such as the Kitchen Garden, the Stumpery and the Arboretum which has a display of Japanese Maples.

And you never know you might even bump into Camilla who recently released an image of herself in the gardens at Highgrove House to promote her Reading Room which shares her book recommendations with fans.

"My idea of perfection is sitting in a garden on a lovely evening with a book" the picture was captioned.

She also recently spoke about her love of gardening during a recent appearance with Monty Don on Gardeners' World.

The 74-year-old royal said: "I've got a little bit of a woodland garden that I've started and I would love to build that up more.

"I would love to put down swathes of bulbs, and I would also like to have a proper wildflower meadow."

The Autumn tours are running between October 4 to October 8 and on October 14.