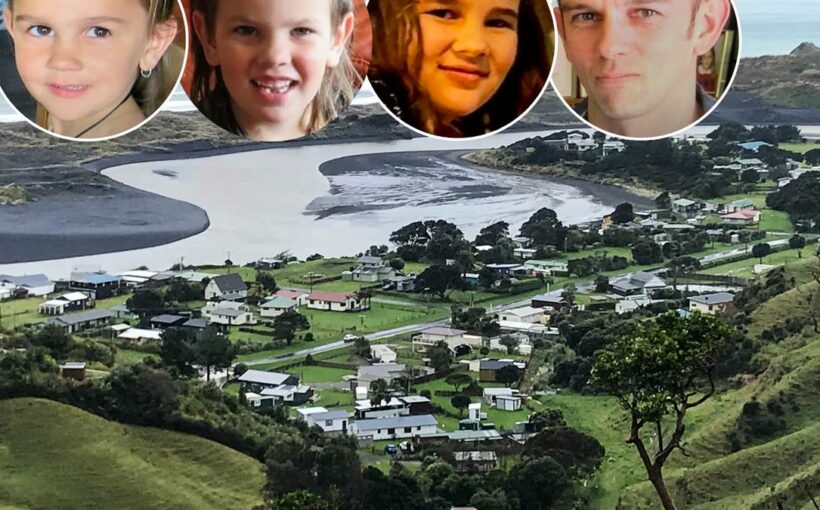 By Jordan Bond of RNZ

Thomas Phillips, who miraculously walked out of the bush with his three children yesterday, apologised to his sister for putting the family through a 17-day ordeal.

Thomas and his three young children Jayda, 8; Maverick, 6; and Ember, 5, were last seen on Saturday, September 11. His ute was found below the tideline at Kiritehere Beach.

A large team led by police searched land, sea and air for 12 days.

Yesterday, with the family all but giving up hope, the four just walked through the front door of his parents’ home, safe and well.

Thomas Phillips’ sister, Rozzi Pethybridge, spent 16 days at her parents’ place in Marokopa looking for Tom her brother and his kids among the army of searchers. Nothing of note was found at all.

“We had no idea what had happened to him and the kids,” Pethybridge said. “[It was] a very long ordeal fearing the worst, having no signs that they were alive and well somewhere. Hope was dwindling that we were ever going to see them again. Just very, very deeply sad,” she said.

Last Friday, the daily searches were suspended. Police would only search if new information appeared.

Assuming the worst and unable to help anymore, Rozzi went back home to her family on the East Coast.

And then yesterday, a complete surprise: the family reunited, against all odds.

“I understand that he walked in the door with the kids. All safe and well. Shocked the socks off Mum and Dad.”

Rozzi spoke briefly to Tom on the phone before hightailing it back to Marokopa to see them.

“The voices weren’t working very well, and there were quite a few tears. [He said] ‘Sorry for worrying you. I love you.’ Both ways – just love you and so happy you’ve come back.”

Police said Tom and the kids were in dense bush about 15km south of Kiritehere Beach, among rugged terrain.

Tom is a keen outdoorsman, but had three children in tow battling rain and chilly overnight temperatures, and sleeping only in a tent, police believe.

One of the people who took part in the search was Wikitoria Day.

“When you talked to the people from Marokopa and Kiritehere, Māori and non-Māori, they all said Tom knows the place like the back of his hand. And he was a hunter-gatherer, so he knew how to survive in the bush for long periods of time, and had passed on that knowledge to his kids as well,” Day said.

Throughout the search, she said, some had a sense of hope that the family was out there alive.

“A couple of kaumatua even said they’re not out on the water. There was just a feeling they were still alive … there wasn’t an eerie feeling out there, that’s for sure.”

And the family somehow managed to feed themselves for two-and-a-half weeks.

“Talking to the family who themselves go hunting in that very bush … said the food is plentiful in that bush, whether it be of the animal kind or the plant kind,” Day said.

The police were still talking to Tom yesterday and didn’t have many details other than that he and the children are safe and well.

The local Area Commander Will Loughrin said it is just an extraordinary outcome they’d all been hoping for.

And Rozzi’s trip back to the family farm was this time a lot happier than the last one.

“See them all with my own eyes, and hold them all. Be there to love and support the family, especially Tom and the kids. Can’t wait to see them and hold them and hear their cute little voices,” Pethybridge said.

Oranga Tamariki said the police have sent them what’s known as a “Report of Concern” in relation to the children. The ministry said in a statement they’re working with the Police to decide if they need to be involved.