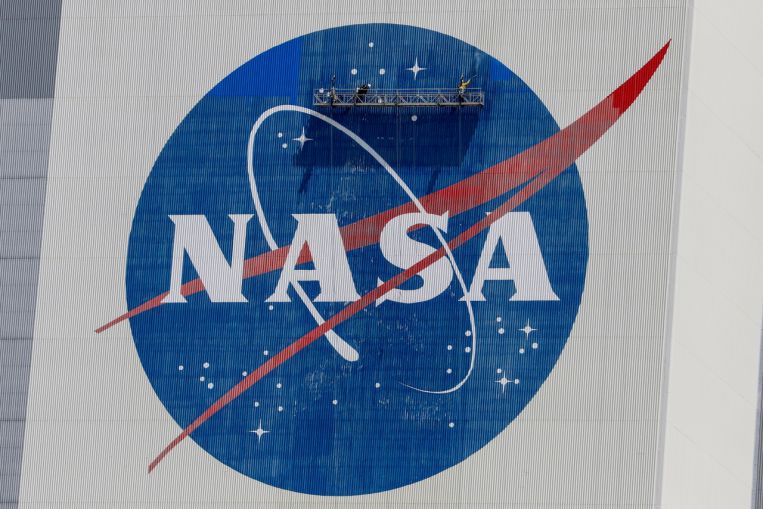 NEW YORK (BLOOMBERG) – One consequence of the coronavirus pandemic is showing up in an unlikely place: the space industry.

A summer surge in Covid-19 patients is diverting liquid oxygen from rocket launch pads to hospitals, leading Nasa to announce Friday (Aug 27) it will delay the September launch of its next earth-surveillance satellite by a week.

Oxygen chilled to its liquid form at -300 F (-184 C) is a crucial propellant for launch firms from SpaceX to ULA to Virgin Orbit.

Now the industry is anticipating launch delays as patients on ventilators take precedence in the commodity gas supply chain.

While oxygen supplies have grown tighter nationwide due to medical use of oxygen, the need is most acute in Florida where a surge in Covid-19 infections have filled hospitals.

Some Florida cities, including Orlando and Tampa, have imposed water-use restrictions because some water-treatment plants use oxygen in the sanitising process.

Labour shortages among commercial truck drivers, which must have specialized training to transport some gases such as oxygen, have also compounded the supply bottlenecks, Mr Craig said.

Beyond rocketry, liquid oxygen (commonly called LOX) is used in welding and in the production of steel, paper, glass, chemicals and pharmaceuticals.

Space Exploration Technologies Corp President Gwynne Shotwell sounded the industry alarm this week at a conference in Colorado, calling for anyone with oxygen to spare to contact her.

SpaceX uses methane and liquid oxygen to fuel the Merlin engines on its workhorse Falcon 9 rockets. The company’s much larger next-generation rocket, Starship, also uses LOX as a propellant.

“We certainly are going to make sure the hospitals are going to have the oxygen that they need but for anybody who has liquid oxygen to spare, send me an email,” Ms Shotwell said Aug 24 during a panel discussion at the 36th Space Symposium.

Elon Musk, the company’s founder, tweeted Thursday that lean liquid oxygen supplies pose “a risk, but not yet a limiting factor” for SpaceX’s launches.

The company planned to launch 4,800 pounds of food and other supplies to the International Space Station on Aug. 29 and a batch of its Starlink satellites next month.

SpaceX launched 26 rockets last year and plans to surpass that total in 2021, even with a two-month hiatus from mid-June to mid-August, Sarah Walker, the company’s director of Dragon mission management said Friday at a Nasa news conference ahead of the cargo launch.

California-based SpaceX has completed 20 launches this year “with many more to come,” Ms Walker said.

“The pace is very quick.” The tight oxygen supply in Florida “is directly attributable to the number of Covid patients being treated in the state,” Craig said, calling the state “an area of concern.”

Nasa and the United Launch Alliance (ULA), a joint venture of Boeing Co and Lockheed Martin Corp, said that the launch of Landsat 9, a surveillance satellite that monitors climate change will be delayed by a week to Sept 23 because of constraints facing nitrogen supplier Airgas Inc.

ULA will launch the satellite from Vandenberg Air Force Base in California aboard its Atlas V rocket.

“Current pandemic demands for medical liquid oxygen have impacted the delivery of the needed liquid nitrogen supply to Vandenberg,” Nasa said Friday in a statement.

ULA uses nitrogen to test the rocket before launch and for its countdown sequence.

A spokesman for Air Liquide SA’s Airgas, one of the largest U.S. industrial gas suppliers, said the company is “resolutely committed to ensuring optimal support to its customers and is focusing all available resources to meet the requested demand of customers for medical oxygen during the pandemic.”

Some gas producers have begun moving oxygen, which is produced at dozens of plants nationwide, from Texas to Florida, said Mr Craig, the gas association executive.

Most LOX is distributed 200-300 miles from a production site but the pandemic has created supply-chain distortions so that producers are shipping oxygen farther than in normal times, he said.

“What happens is that sometimes supply chains can be like balloons-you squeeze in one area and it’ll change shape,” Mr Craig said.