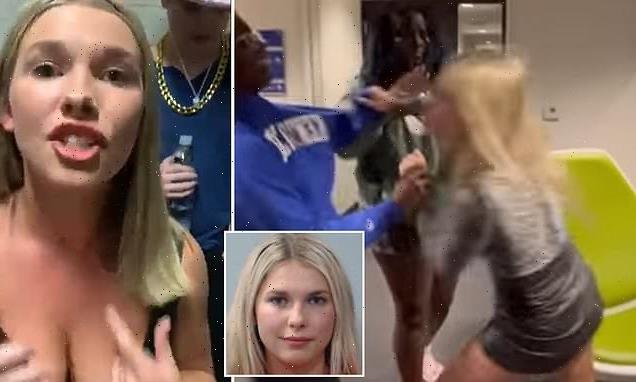 A drunk University of Kentucky student was arrested early Sunday morning after she was filmed calling a black student-employee a ‘n***** b****’ and physically attacked her.

Police took Sophia Rosing, 22, into custody just before 4am on Sunday at a campus dorm on charges of intoxication in a public place, third-degree assault on a police officer, fourth-degree assault and second-degree disorderly conduct.

Video posted online showed Rosing barely able to stand as she tries to hit fellow student Kylan Spring, who was working at the front desk of a dormitory on campus.

‘Could you stop please?’ Spring asks Rosing after she managed to escape Spring’s grasp.

Rosing then continues to repeat the racial slur, causing Spring to say: ‘Ooh Jesus, I do not get paid enough for this.’

‘Exactly and you’re a n***** and you’re a b****,’ Rosing responds several times before a voice off-camera tells Spring: ‘I’ve got this all on video.’ 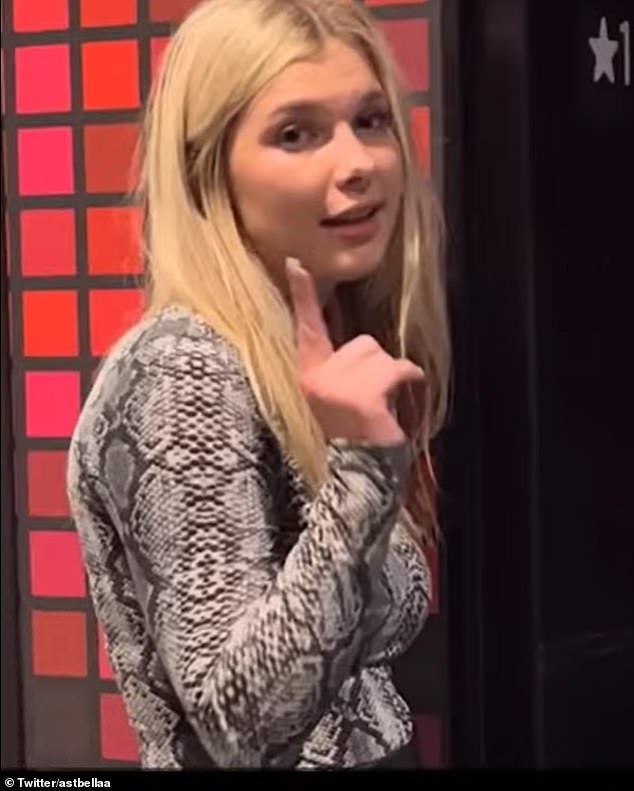 Sophia Rosing, 22, was caught on camera physically assaulting two black students at the University of Kentucky and calling a student employee a ‘n***** b****’ 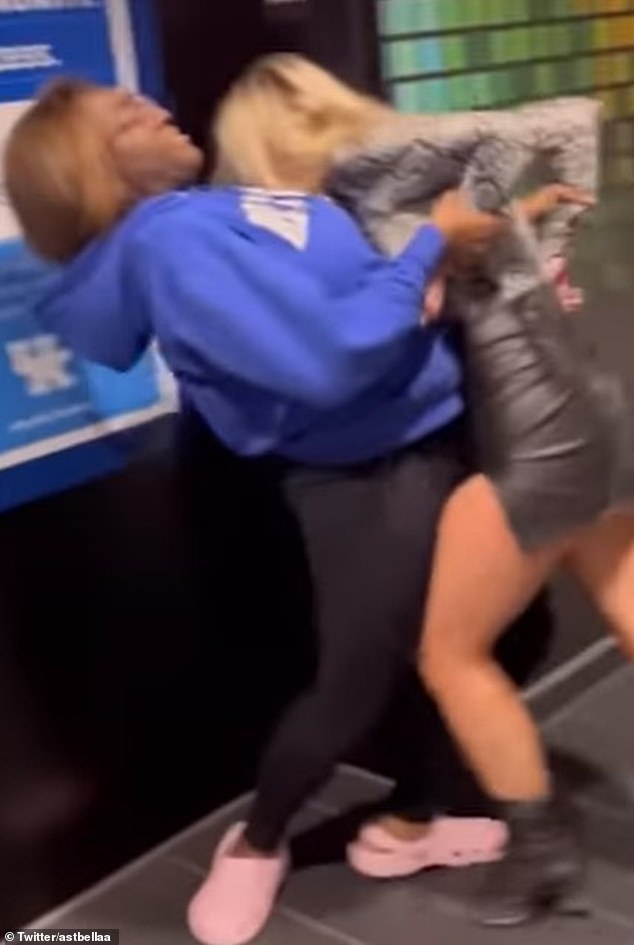 Rosing is seen here early Sunday morning wrestling with fellow student Kylan Spring, who was working at the front desk of a dormitory on campus 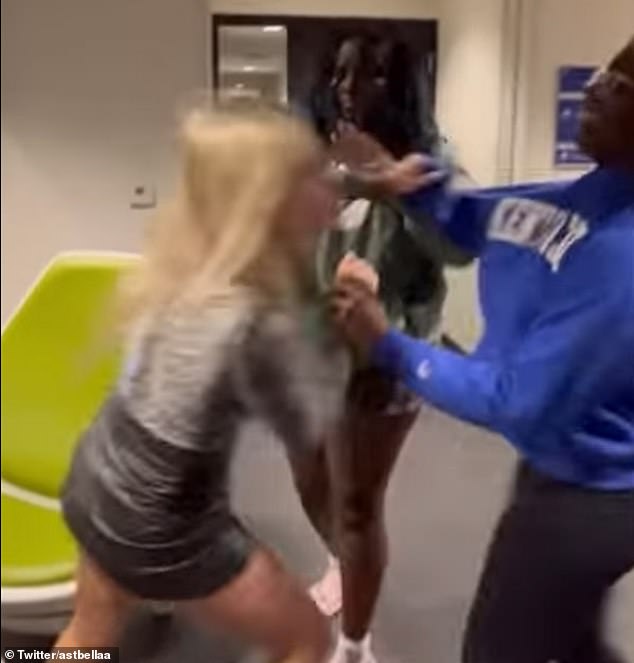 When Spring and another black student tried to get Rosing to sit down, Rosing could be seen trying to punch the other victim and trying to kick Spring

A second video apparently showed Spring and another black student trying to get Rosing to sit in a chair, when Rosing tries to punch the second black victim and tries to kick Spring.

It ends with a white male officer ultimately handcuffing Rosing in the dorm as she continued to repeat the racial slur and struggled to stay standing.

Rosing is now being held at the Fayette County Detention Center on a $10,000 bond.

It is unclear if she has retained an attorney to speak on her behalf, or whether she is still a student at the school. 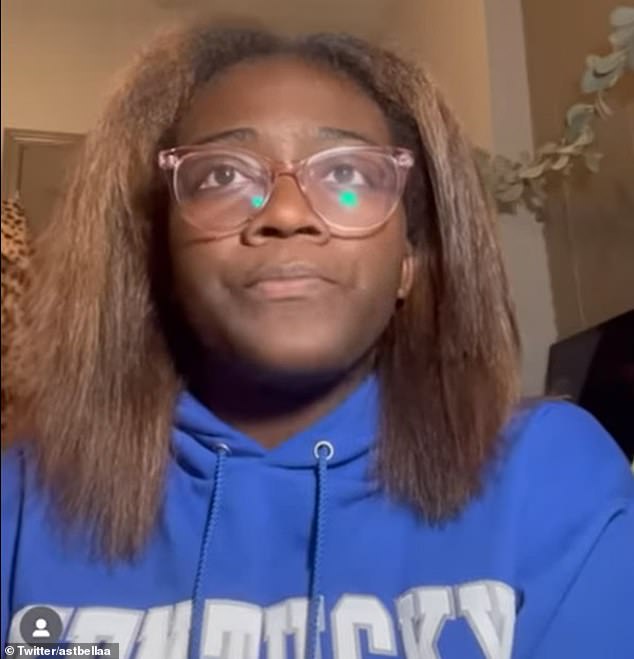 ‘I worked a shift tonight where  was assaulted and called a n*****, and someone said other racial slurs towards me,’ she began. 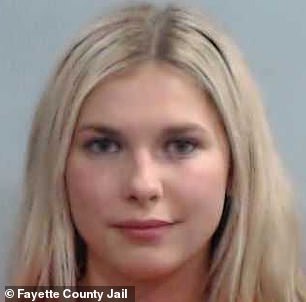 According to Spring, the incident began at around 1am when Rosing walked into Boyd Hall. She said Rosing ‘did not look like a resident’ and would therefore not open the door for her.

When she finally did walk into the lobby, Spring said, she stumbled as she approached the elevators — which she started talking to.

‘It is a part of our job that if we see a student that’s like very drunk, we are to call an RA to… write a report,’ Spring said.

At that point, Spring said, she called the RA and tried to prevent Rosing from entering the elevator, as she did not have an ID to get into the building.

‘And she kept doing that as I was trying to sit her down.’

Spring said that is when Rosing kicked her in the stomach, tried to run her over with a shopping cart that was in the lobby and bit her friend.

In an email to students following the altercation, President Eli Copilouto said Spring ‘acted with professionalism, restraint and discretion.’

He noted that the school’s Office of Student Conduct has launched an immediate review of the assault, and that its Student Success teams ‘are reaching out to the student victims who were subject to this behavior to offer support,’ according to NBC News.

‘To be clear: We condemn this behavior and will not tolerate it under any circumstances,’ he said, as he vowed to update students with more information as it becomes available. 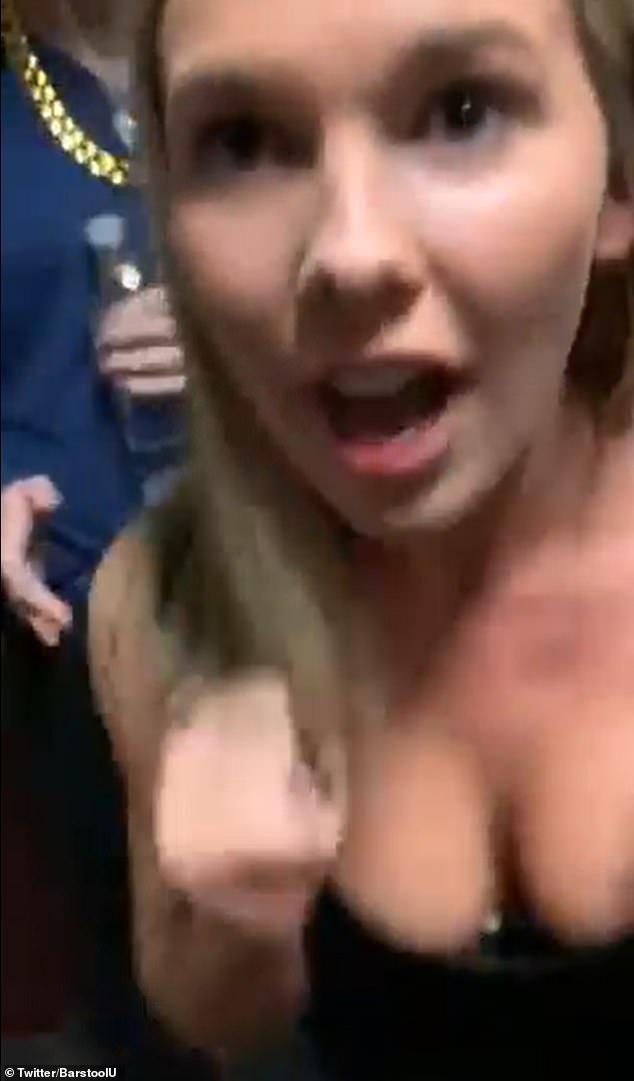 Rosing had previously been filmed berating another student at a party 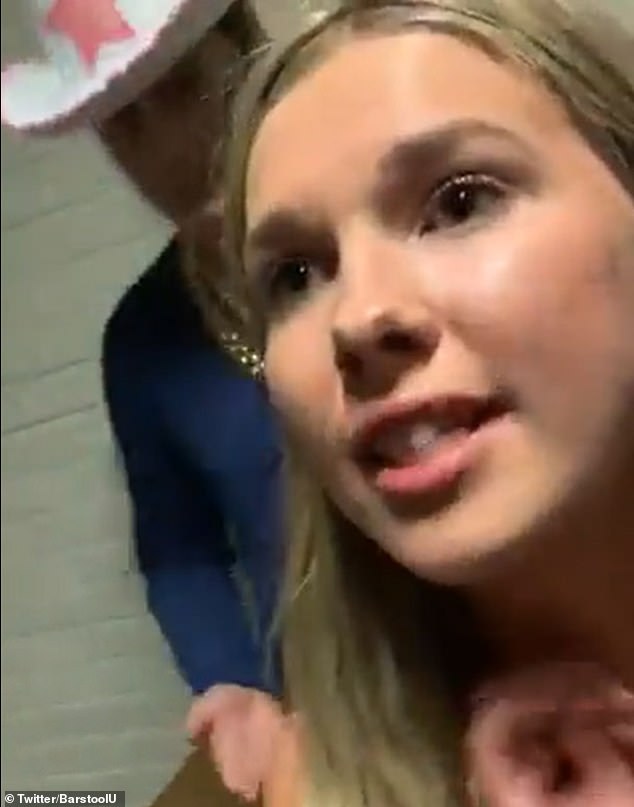 But this is apparently not the first time Rosing was filmed berating her fellow students.

In another video posted shortly after the footage of the assault went viral, Rosing could be seen telling someone off camera at a party: ‘I’m rich as f***  and you’re obviously not compared to what you’re waring.

It is unclear whether Rosing has been suspended from the school for her assault, as a school spokesperson simply said officials ‘don’t speak to student disciplinary processes while underway.’