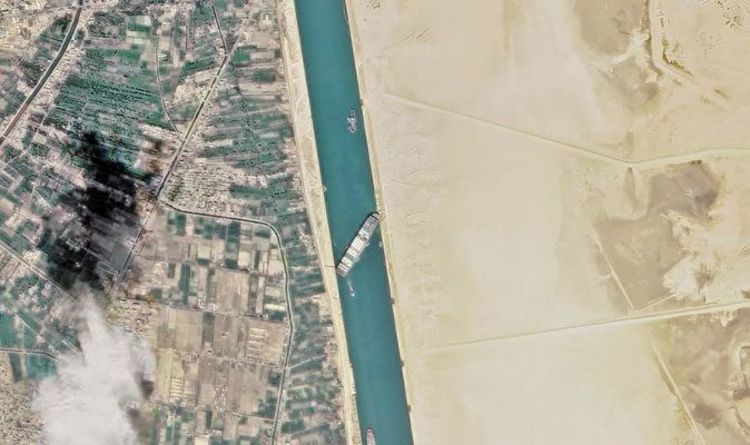 Suez Canal blocked after cargo ship Ever Given turns sideways

The Ever Given became trapped in the Suez Canal – one of the world’s busiest global trade routes – on Tuesday, forcing companies to reroute ships right around Africa and creating a traffic jam of more than 200 ships in the Red Sea. While some experts have claimed the salvage efforts could take weeks, the owners of the shi have said it could be resolved before the end of Saturday.

Yukito Higaki said that crews were hoping to dislodge the ship as early as Saturday evening Tokyo time – Tokyo is nine hours ahead of the UK, so if this manifests the ship could be freed before midday GMT.

You can watch the progress of the rescue operation live HERE.

Mr Higaki told a press conference in Japan that 10 tugboats had been deployed to dredge the banks and bottom of the canal.

He said teams were “continuing work to remove sediment as of now, with additional dredging tools”. 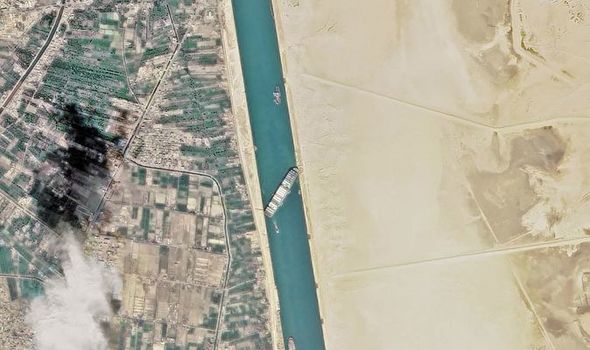 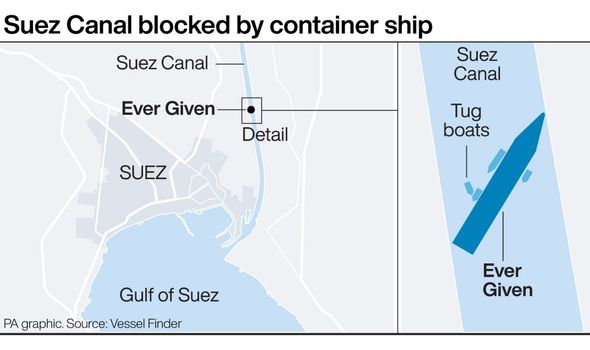 Mr Higaki said: “The ship is not taking water. There is no problem with its rudders and propellers. Once it refloats, it should be able to operate.

“We are continuing work to remove sediment as of now, with additional dredging tools.”

However, an attempt to refloat the vessel on Friday failed, the ship’s manager Bernhard Schulte Shipmanagement (BSM) said.

Specialist salvage companies have been brought in to help refloat the ship, and an adviser to Egypt’s president had said he hoped the situation would be resolved within two to three days. 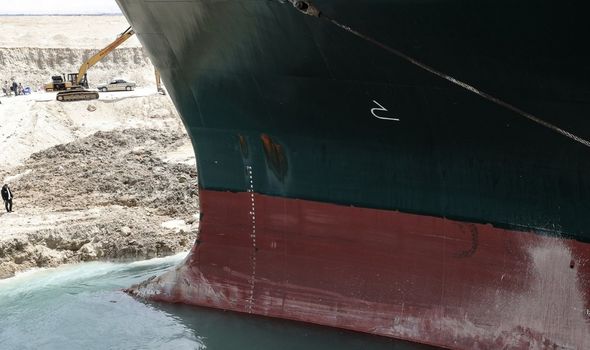 But some experts have said it could take weeks if the vessel’s containers need to be removed.

John Denholm, president of the UK Chamber of Shipping, told the BBC that salvage teams could have to start the slow process of “lightering” the ship – removing its cargo.

That would involve bringing in specialist equipment, including a crane that would need to stretch more than 60m (200ft) high, he said.

Mr Denholm said: “If we go through the lightering process, I suspect we’re talking weeks.”

And Joe Reynolds, chief engineer of the Maersk Ohio, told the BBC that the number of vessels waiting at the canal’s southern entrance was “growing exponentially”.

He said: “It’s going to affect shipping schedules around the world.”

Service provider Leth Agencies said a total of 237 vessels were waiting in the area on Friday.

About 12 percent of global trade passes through the 193km (120-mile) canal, which connects the Mediterranean Sea to the Red Sea and provides the shortest sea link between Asia and Europe. 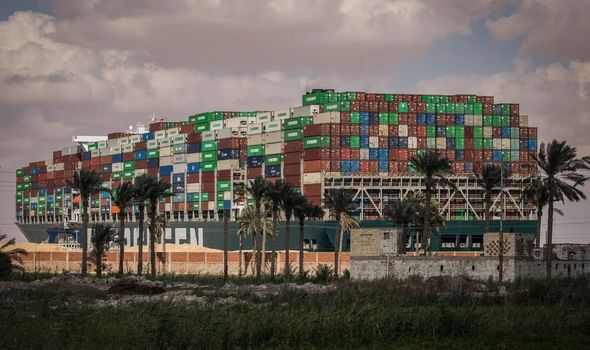 An alternative route, around the Cape of Good Hope on the southern tip of Africa, can take two weeks longer.

White House spokeswoman Jen Psaki also said the US had offered assistance to get the Suez Canal reopened, and that they were “tracking the situation very closely”.

The Ever Given is 400m-long – about the length of four football pitches – while the Suez Canal is just more than 200-metres wide.

The vessel is trapped diagonally, making the canal totally impassable.

The 200,000-tonne vessel ran aground in high winds and a sandstorm that affected visibility.