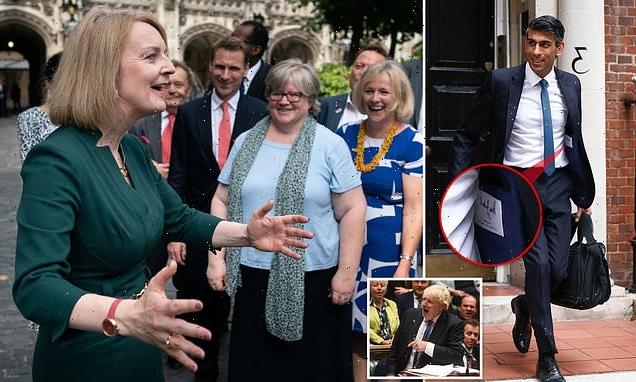 He has been keen to emphasise his family’s humble beginnings in his campaign to be prime minister.

But Rishi Sunak was seen sporting a £3,500 suit yesterday morning, ahead of the crucial vote that whittled the candidates down to just him and Liz Truss.

The bespoke suit by Bloomsbury tailor Henry Herbert didn’t do much to dispel claims that Mr Sunak is out of touch with the ordinary Briton, especially during the cost of living crunch.

The former chancellor, who this year became the first frontline politician to make the Sunday Times Rich List, is worth £730million together with his wife.

Mr Sunak is known for sporting luxury brands – at the weekend, he wore £490 Prada shoes during a visit to a building site in Teesside. 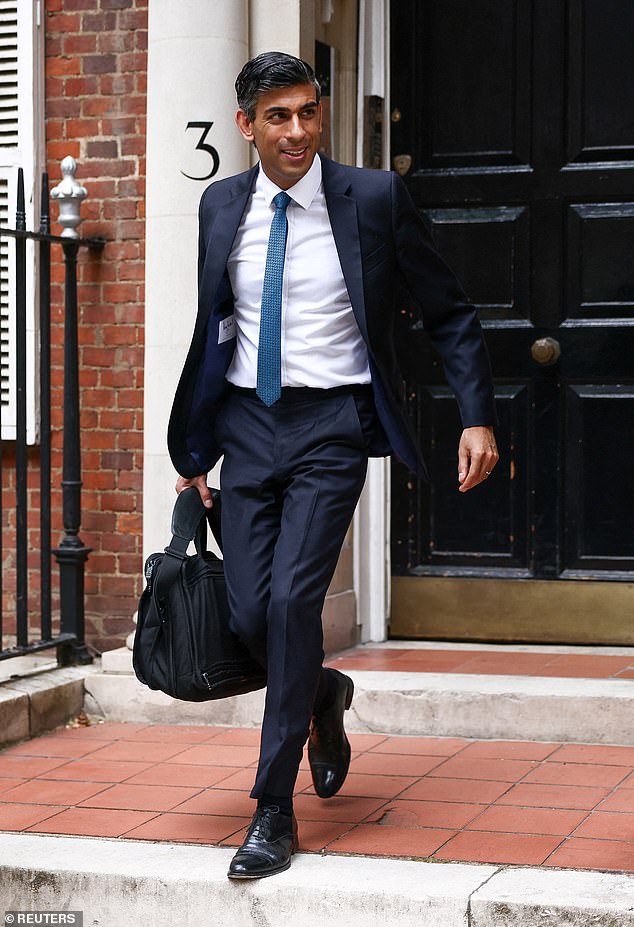 Rishi Sunak was seen sporting a bespoke £3,500 suit by Bloomsbury tailor Henry Herbert yesterday morning, as can be seen by the label inside the on the right side

At the weekend, the former chancellor wore £490 Prada shoes during a visit to a building site in Teesside

The area is considered to be part of the crumbling Red Wall, which the Conservative Party is trying to hold on to at the next election.

As he donned the brown suede loafers on Saturday, the leadership candidate said he understood that ‘things are tough and people are feeling anxious about how they’re going to pay these bills’. Earlier this year, Mr Sunak was seen in a £795 brown Reiss shearling jacket while ice skating with his daughter. He wore a £335 pair of Common Projects trainers in Downing Street in the spring.

Mr Sunak, who said he ‘learned the value of hard work in my mum’s shop’ after coming to the UK, attended the fee-paying Winchester College and worked for major bank Goldman Sachs prior to entering politics.

Suit prices at Henry Herbert start at £3,500, while customers can also pick up a shirt for a more modest £125.