BUS drivers see and speak to hundreds of passengers every day, with most interactions being polite but mundane.

But one Scot had his day made when singing icon Susan Boyle stepped onto his coach. 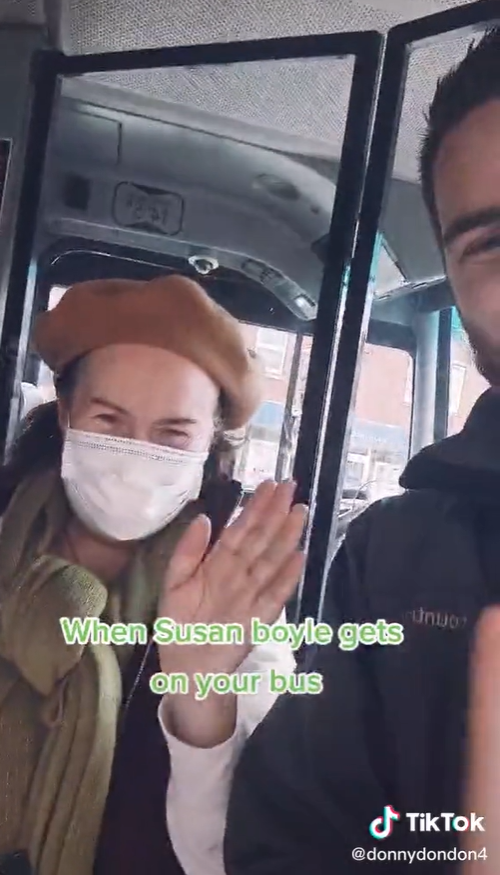 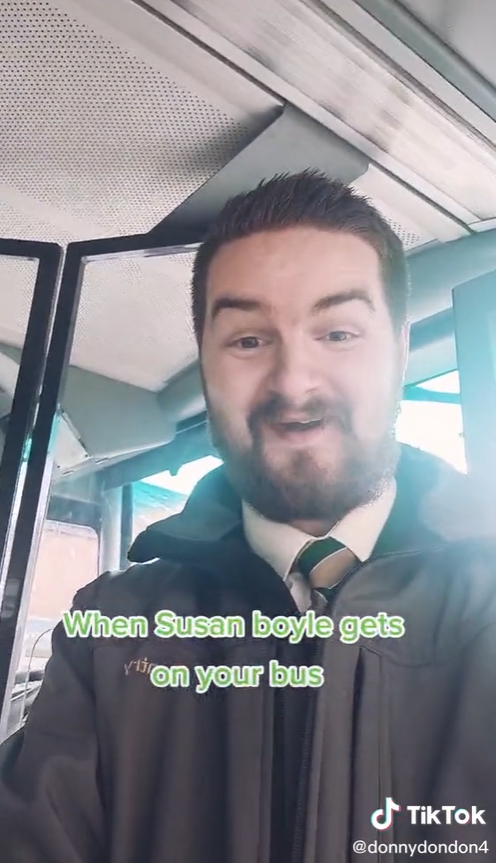 Celebrities aren't often seen using buses to get them from A to B, so the chance for a bit of stardust is a rare thing for those behind the wheel.

And Don Mitchell, who works for Lothian Buses, was delighted when the Britain's Got Talent star decided to get on his coach on Saturday.

Don, who regularly shares videos of his experiences behind the wheel, was driving the 275 service between Broxburn and Bathgate, West Lothian.

The route takes the bus past SuBo's Blackburn hometown – and the local celeb delighted the driver when she stepped on.

Don shared a selfie video with Susan on TikTok, using her cover of Hallelujah as the backing music.

With the camera facing himself, he says: "Hello everyone. I'm on the 275 and look who gets on my bus today – Susan Boyle."

He then turns the camera slightly to show a masked-up SuBo, who cheerily waves back before heading to her seat.

Back on camera, a beaming Don says: "Every day is a surprise."

The clip has racked up over 7,500 likes on TikTok since being shared on Saturday.

It also attracted hundreds of comments, with many praising the 60-year-old singer's humility.

After a number of people commented on the fact that SuBo was still getting public transport, despite have an estimated net worth of £22million.

Don, who described the songstress as "a lovely woman", replied: "She paid her fare, she just likes to have a chat with the customers on the bus and live her life."

When others commented that she didn't change after raking in big money, the bus driver said: "[She] definitely didn't.

"She didn't [let fame go to her head]. Got to have respect for that."

And Don isn't the only person SuBo has surprised this year.

During the summer, she made a shock appearance during the Tokyo 2020 Olympic opening ceremony.

SuBo’s version of The Doves’ Wings to Fly was belted out to the billions watching, and listening, across the globe.

Thousands of paper doves descended from the sky as the ballad was being played in the background.