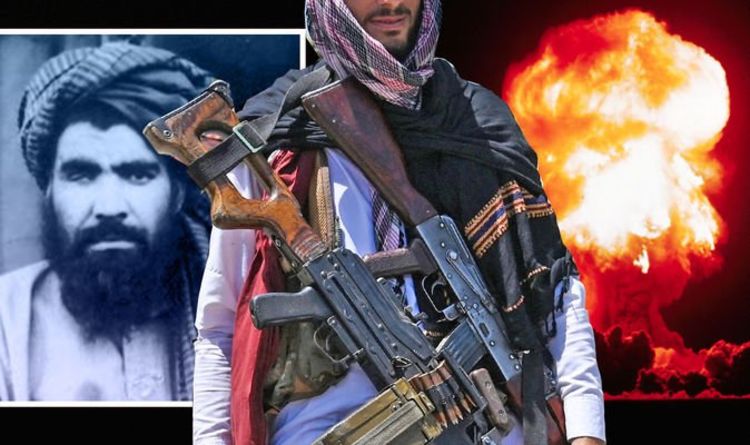 “That means maybe 150 nuclear weapons in the hands of terrorists.”

One-eyed Mullah Nooruddin Turabi is among the Taliban’s top brass, who could be set to cash in on such a haul.

He has now become the official in charge of Afghanistan’s prison system.

He issued a grim warning, stating that brutal executions and amputations will return to Afghanistan under the militants’ rule.

Speaking to Associated Press he said: “Everyone criticised us for the punishments in the stadium, but we have never said anything about their laws and their punishments.

“No one will tell us what our laws should be.

“We will follow Islam and we will make our laws on the Quran.”

The Biden administration completed a catastrophic withdrawal from Afghanistan on August 30.

As US troops were leaving, the Taliban seized equipment abandoned at bases throughout Afghanistan.

Now the Islamists have swept to power in a lightning offensive across Afghanistan.

These include 102 land-based missiles and F-16 combat aircraft with 24 nuclear launchers.

Since Mr Biden’s withdrawal of US troops, he warned that the US President could have “lost his grip on his own administration’s foreign policy”.

However, the US President has laid the blame for the chaos in Afghanistan on his predecessor Donald Trump.

After the US departure, the Taliban paraded dozens of US-made armoured vehicles and weaponry through Afghan cities.

In the southern city of Kandahar, a Taliban heartland, the militant group performed a fly-past with a Black Hawk helicopter.

On the ground, in Kandahar, a long line of green Humvees and armoured fighting vehicles drove in single file along a road.

The former US vehicles now flew the white and black Taliban flag.

Footage posted on social media showed a helicopter flying overhead trailing the Taliban’s standard behind it as fighters waved from below.