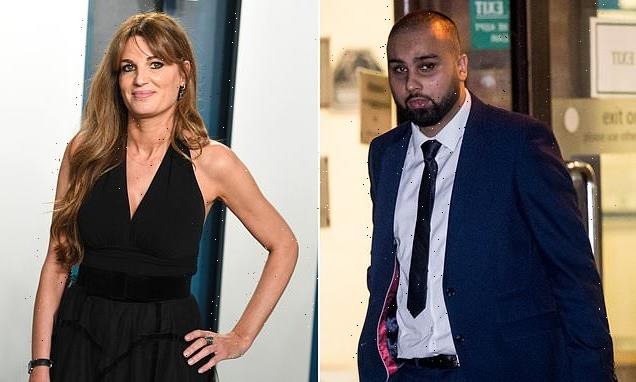 A black cab driver who breached a restraining order to send Jemima Goldsmith Khan a string of text messages in the middle of the night has been spared jail.

Hassan Mahmood left Ms Khan terrified when he texted her 14 times in February this year, despite being previously ordered not to contact her.

The 31-year-old had been banned from contacting Ms Khan for five years in 2017 after pleading guilty to harassment.

Despite this he sent the 48-year-old messages this year claiming he had been ‘set up’ and urging her not to get him ‘into trouble’.

Ms Khan is the daughter of financier James Goldsmith and married to the deposed former Prime Minister of Pakistan Imran Khan before he took office. 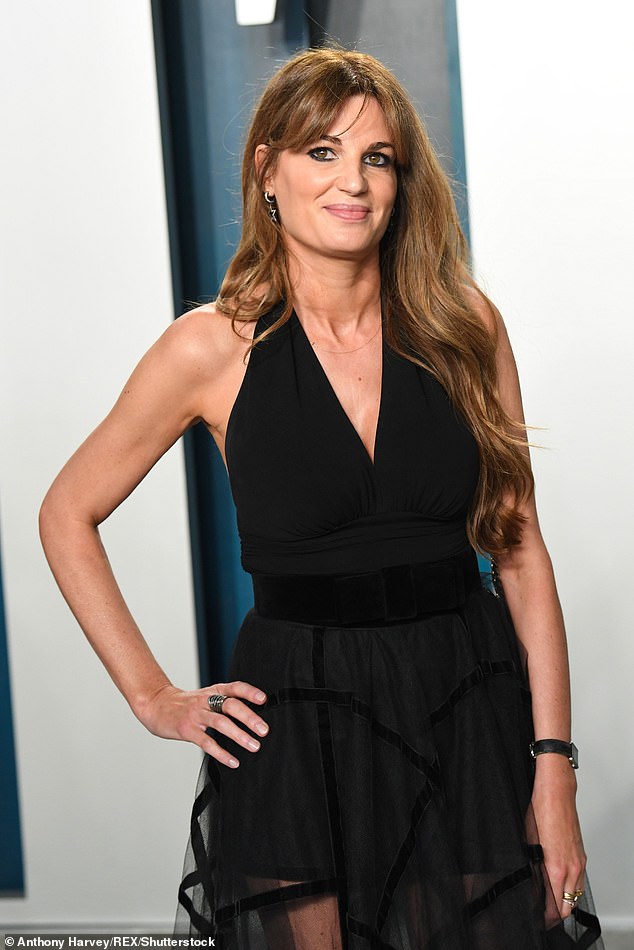 Jemima Goldsmith Khan, pictured, was left terrified when a man banned from contacting her sent a string of messages to her in the middle of the night Hassan Mahmood, pictured her at Isleworth Crown Court in October 2017, breached a restraining order banning him from contacting Ms Khan

The cabbie had originally met Ms Kahn when he drove her home, and had obtained her phone number through the taxi service.

On 28 February this year, after over four years of no contact, he texted Ms Khan, breaching the restraining order.

He pleaded guilty to the breach at Southwark Crown Court, and today walked free after being given a nine-week prison sentence suspended for a year.

Judge David Whittaker QC said: ‘Your victim thought they (the messages) had been sent by you as they were in the same format and style as previous ones.

‘Set against the background of this case, namely you harassing her…one readily understands why she was, as she wrote in her victim impact statement, very worried.

‘Particularly as she knew that the restraining order was coming to an end.

‘She was concerned that you knew where she lived.

‘She knows how persistent you can be.

‘Messages in the middle of the night are an obvious concern.’

The series of text messages in question were read out in court.

Mahmood said: ‘I hope you are well. 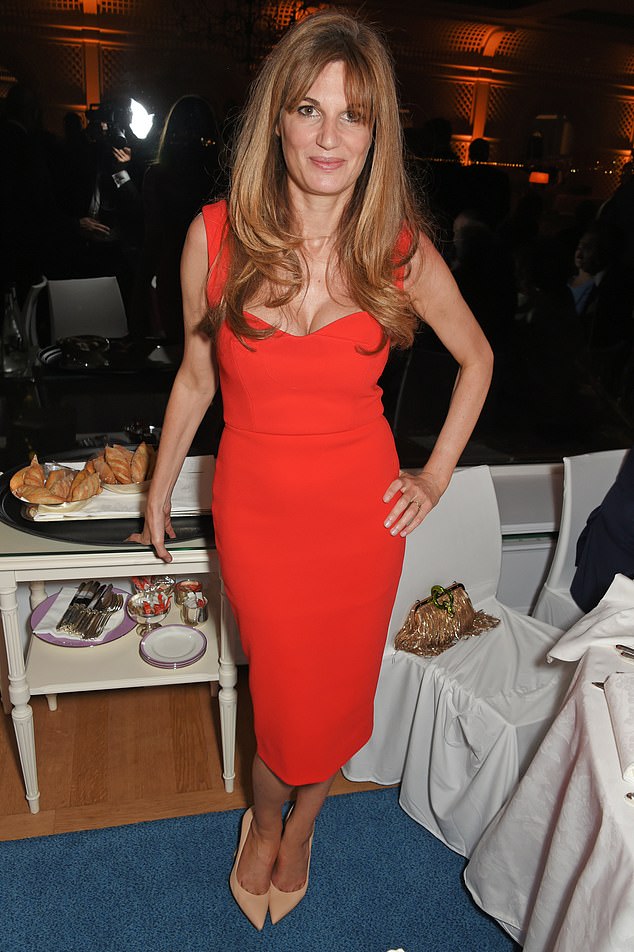 Mahmood had originally met Ms Khan when he drove her home, and obtained her phone number through the taxi service

‘Please don’t get in trouble.

‘I know you’re looking out for me and I love you for that.

‘I’m not what you think I am, I could never be that.

‘Please don’t get me in trouble.

‘I will never message you again.

‘If you give me a chance to defend myself then you will understand how I was set up.

‘Please don’t tell anyone I messaged you.

‘I just wanted to clear my name.’

Officers arrested and interviewed Mahmood on 5 March, at which point he claimed the messages were meant for his brother.

Prosecutor Gregor McKinley said: ‘Mr Mahmood was a taxi driver for a cab firm and had obtained her number through the cab firm.

‘In that sense he had…access to that number and had pestered her. 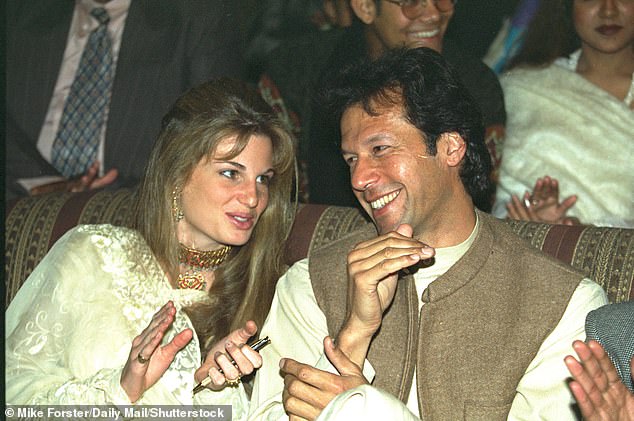 Ms Khan, pictured here with former husband Imran Khan, said she feared the cabbie might come to her house

Ms Khan, in an impact statement read out in court, said she feared the cabbie might come to her house.

‘This has made me feel very worried as I know the restraining order is due to end at the end of this year and I am concerned as he knows where I live and he has threatened to come to my house in the past and I know how persistent he can be.

‘The messages are often sent in the middle of the night which is disturbing and prevents me from sleeping.

‘He does not listen to reason.

‘I warned him several times in the past to stop contacting me or I would report him to the police and that made no difference.

‘In fact, he then just sent more messages.

‘I think he is mentally unwell and needs help and support from appropriate services.’ 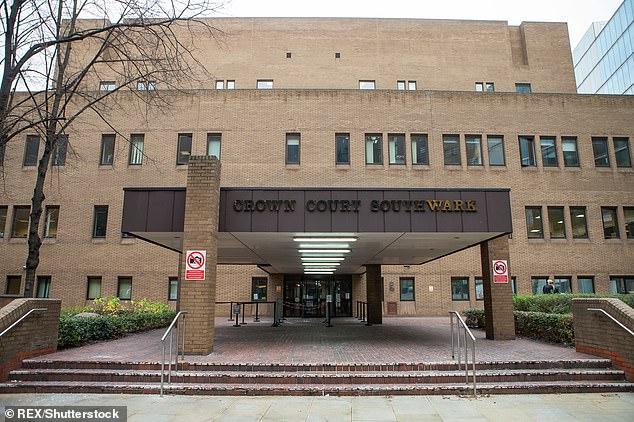 Mahmood was given a nine-week prison sentence suspended for a year at Southwark Crown Court, pictured, today

Tasmin Malcolm, defending, said her client had no intention of contacting the famous former journalist again.

Of the messages, the barrister insisted that they were not ‘threatening’ nor ‘sexual’ nor ‘persistent in nature’.

‘This is a man who does take responsibility for his actions,’ Ms Malcolm added.

An indefinite restraining order was put in place banning the cabbie from ever contacting Ms Khan.

He was given a nine-week jail sentence suspended over a year. He must also fulfil a rehabilitation activity requirement for 40 days and pay £500 in prosecution costs.