Married maths teacher, 35, who had sex with teenage girl in her car after starting relationship when she was just 15 is jailed for eight months after being shopped by her social worker husband

A ‘meek and mild’ maths teacher was jailed today for instigating sexual activity with a 15-year-old girl behind the back of her social worker husband.

Aimee Jones, 35, first approached the girl when she was 15 years old and, in messages, told her that she had a sexual attraction to her.

This sparked a 15 month relationship that turned sexual in nature when the girl turned 16.

Teesside Crown Court was told the pair had met for sexual trysts in Jones’ car and in Hardwick Park, Sedgefield, County Durham.

Prosecutors said they held hands in the park and then touched each other sexually in Jones’ car.

Covered by a blanket they stripped to the waist and kissed and touched each other, the court was told.

In order to avoid detection, Jones invented an adult female lover, who she said was a colleague at her school, to throw husband Philip off the scent.

Jones, head of science and maths at her school in Darlington, County Durham, urged colleagues to lie to Philip if asked and back up her story that she was cheating with a fictitious teaching assistant called Sarah Martin. 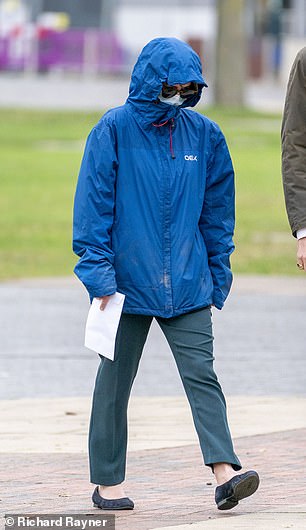 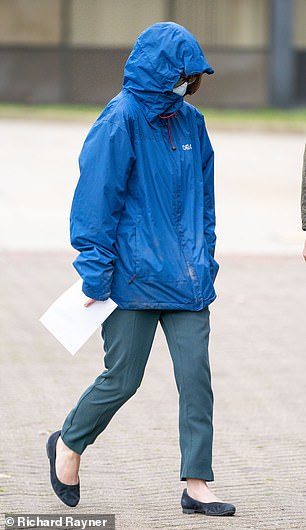 Pictured: Teacher Aimee Jones arrives at Teeside Crown Court ahead of her sentencing today after admitting sexually touching a teenage girl at her school believed to be in the north east

The deception worked at first and the couple stayed together for the sake of their four-year-old son, with Mr Jones accepting she was bisexual.

But later he discovered her lover was in fact a teenage girl who she had met for sexual trysts in her car and in Hardwick Park, Sedgefield, County Durham.

Mr Jones, because of his job, was duty-bound to bring the latter to the attention of the police.

It cost his wife her job and career and the humiliation of being escorted off the school premises before staff and parents.

Today Jones, of Melsonby, North Yorks, is beginning an eight month jail sentence, imposed by a judge who said she’d destroyed her good name and reputation.

She admitted four counts of engaging in sexual activity with a child aged between 13 and 17, offences that took place in eight meetings between Jones and her victim.

Prosecutor Jon Harley said that Jones first approached the girl – who cannot be named for legal reasons – in early 2020 when she was aged 15.

He said: ‘The defendant told her that she was bisexual and that she was having feelings of sexual attraction towards her. 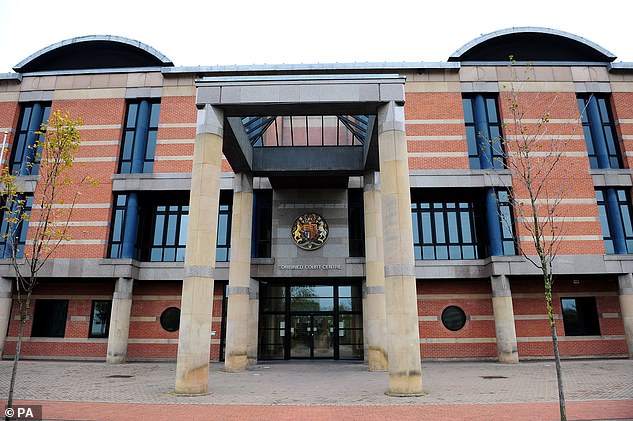 ‘This made her feel slightly uncomfortable, she did not know how to process that information or what to do with it.

‘But in the following weeks and months messages continued between the two, mostly instigated by the defendant.

‘It is fair to say they were not characterised as being overtly sexual, they were polite and pleasant but messages that made it clear Mrs Jones was interested in her.’

The messaging began a 15 month relationship that ended abruptly, leaving the girl devastated as she believed she and Jones were in a mutually loving relationship.

Mr Harley said: ‘Philip Jones began to suspect his wife was having an extra marital affair and he confronted her about it.

‘She confirmed it was an affair but said it was with a teaching assistant called Sarah Martin who she worked with.

‘She went as far as trying, through an email, to request the school effectively pretend there was a teaching assistant of that name in anticipation of her husband making enquiries to that effect.’

Robert Mochrie, mitigating, told the court how Mr Jones came to discover the truth about his wife who was ‘meek, mild and timid.’

He said: ‘Rightly or wrongly the defendant’s husband was supportive of her sexuality and they decided they would continue together as a married couple.

‘It was months later when the true identity came to light and it was at that stage that her husband, who has a job of some responsibility, was obliged to report this.’

In a victim personal statement the girl’s mother told of the impact Jones’ grooming and sexual exploitation of her daughter has had on the family.

She said the abrupt end to the relationship had been ‘like a bereavement’ for her daughter.

The mother added: ‘She has no doubt they were in love and would have preferred the relationship to continue.

‘She is now fully aware it is something that should not have happened in the first place and we have tried to maintain some normality in the home.’

The mother went on: ‘At best she was foolish but at worst she preyed on the fact our daughter was vulnerable from the very outset.’

Mr Mochrie said Jones accepts her teaching career is over.

However he said the offences were so serious only an immediate custodial sentence could be justified.

He said: ‘This is a dreadfully sad case. You are an intelligent, highly educated and hard working woman. There is nothing to suggest that you were anything other than a respected and good teacher – indeed you have risen at the age of 35 to be head of your department.’

However in jailing her for eight months he added: ‘All of this has had an impact on your victim. The difference in age between you was almost 20 years, which is in my judgement significant.

‘She trusted you, she had genuine feelings for you and of course that relationship has had to come to an abrupt end.’