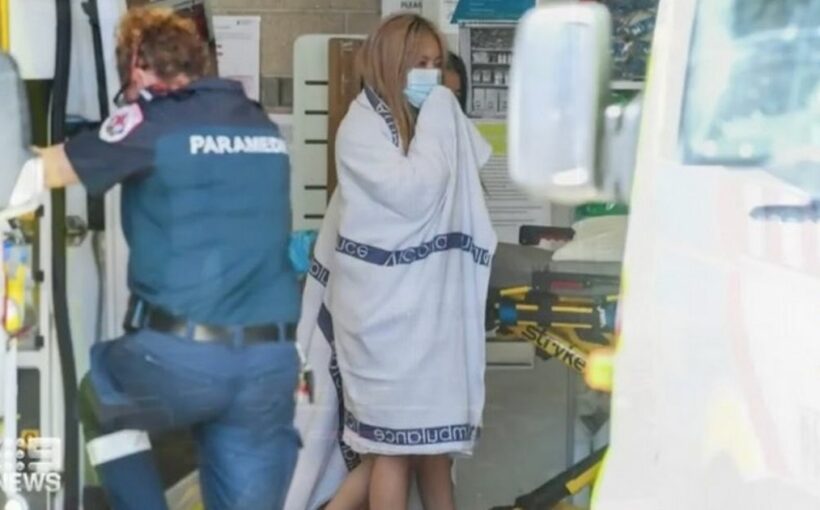 A group of teens who were blown off course while paddleboarding were forced to seek shelter on an abandoned island after floating around in shark-infested waters.

The four youths, from Australia, had been celebrating the end of exams by going to Rosebud Beach in Phillip Bay, an enclosed bay on the central coast of southern Victoria, on which Melbourne is situated.

They needed a "Christmas miracle" to save them after a gust of wind on Monday night (December 19) blew them off course, leaving the four of them clinging to two blow up paddleboards for seven hours.

Sally Liu, one of the survivors, recounted the horror of the night while speaking to 9 News.

She said: "I was just thinking, how can we survive? When the sun was going down and it was getting darker and we couldn't see the beach. We (were thinking) this isn't good.

"We were in the middle of the ocean. We couldn't see anything. I was thinking, do I have to stay one night on the paddleboard and how can we survive?"

Rong Shi, Shirui Zheng and Lee Li and Sally Liu, all between 18 and 19, were eventually blown to Swan Island, an island dominated by a military training facility. Jack Shi, the father of Rong Shi, said on Tuesday (December 20): "We are still digesting what happened, it's a Christmas miracle, so we are just so grateful for this.

"They were very cold and exhausted and hungry. But these these kids are very, brave so they are all in this together."

The group hit Swan Island at about 2am.

"We put our foot down under the water to see if we could stand (when we saw the island)," Liu said.

"We tried to stand and touch the ground and we could. It was really exciting because we knew if we found land, we would survive."

They found shelter under a hut on the island before a security guard found them and raised the alarm.

Acting Superintendent Terence Rowlands has said the teens were found "safe and well".

"It's absolutely sensational," he said.

Gummy sharks are known to frequent Port Phillip Bay but the much larger and much more dangerous great white has been spotted in the water there too.