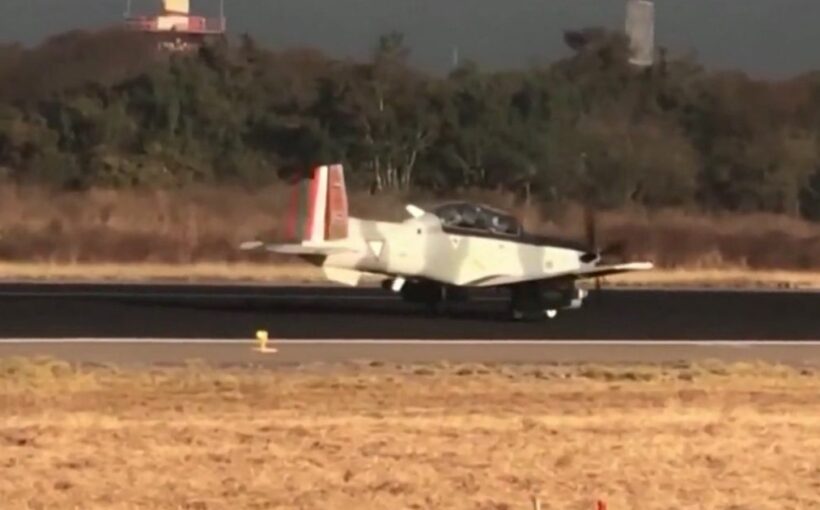 Terrified airline passengers dived for cover as their plane was caught in a deadly crossfire at the Culiacán International Airport in Sinaloa during the police operation to arrest Ovidio Guzmán – son of notorious drug kingpin Joaquin 'El Chapo' Guzmán .

One passenger told the New York Post: “As we were accelerating for take-off, we heard gunshots very close to the plane, and that’s when we all threw ourselves to the floor”.

No injuries were reported, said Aeromexico, which temporarily cancelled all of its flights to and from the Sinaloan cities of Culiacan, Los Mochis and Mazatlan.

Culiacán International Airport closed shortly after Guzmán’s arrest for security reasons, according to an announcement on the airport’s official Twitter account.

A statement from airport authorities read: ““This morning, we detected a bullet hole in the fuselage of an Embraer E190 aircraft that was ready to operate the flight AM165 on the route Culiacán-Mexico City. The flight was cancelled for safety reasons.

“The plane never began its departure. After this incident, all safety protocols were activated, we informed the authorities, with whom we will coordinate the investigations. The clients and employees are safe.”

The northern city of Culiacán has been in total uproar since the dramatic operation to capture Guzmán.

“They caught him at about 4am, and since then the shooting hasn’t stopped,” one local told The Guardian. “It’s been a real mess – they’re shooting up in the air trying to bring down the [police] helicopters. The whole town is a mess”.

At least three members of the security forces had been killed in the clashes, according to a statement from the Sinaloa state government.