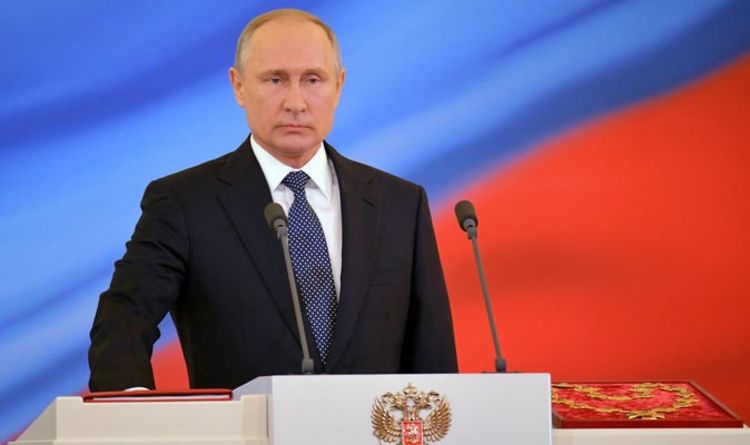 It follows US warnings that Russian premier Vladimir Putin may be seeking to use the current destabilisation of Belarus as a pretext to permanently amass Russian forces just 30 miles from Nato’s borders. Diplomatic tensions have reached fever pitch following the migrant crisis between Belarus and its western neighbour Poland – which, although engineered by Belarus ­dictator Alexander Lukashenko, is said to have the backing of Moscow.

In a high-level briefing to the Foreign Office, US intelligence chiefs have warned that Putin aims to capitalise on Belarus’ geography by placing conventional forces within striking distance of Nato members Latvia, Lithuania, and Poland, and Ukraine, which is not yet a member.

In order to do this while maintaining deniability, however, he must await an invitation from Lukashenko, with intelligence sources predicting that the Russian premier is willing to wait as long as 12 months as he helps to raise tensions further. Currently, Nato has four multinational battlegroups in Estonia, Latvia, Lithuania and Poland – led by the UK, Canada, Germany and the US – amounting to some 5,000 troops.

Established in 2016, two years after Russia’s annexation of Ukraine, the role of these combat-ready battlegroups is to ­provide an “enhanced presence”, enabling Nato to react more quickly to any future Russian land-grabs.

But the placing of Russian troops on Nato’s northern border would dramatically alter the balance of power, warned Slaw­­omir Debski, director of the Polish Institute of International Affairs, last night.

He said: “It is entirely plausible that Putin may be using this new upheaval as a pretext to enhance Russia’s military presence in Belarus.

“What we would see is a dramatic shortening of Russia’s action window, and Nato’s reaction window. Russia would no longer be 375 miles from Nato’s borders but just 60 miles, or even 30.

“This would certainly mean more Nato troops would be required in the Baltic – and even Poland – to counterbalance the time needed for Nato to react.”

In a keynote speech on Thursday, Putin warned that the West is taking Russia’s warnings not to cross its “red lines”too lightly. He said that Russia needed to seek ­long-term guarantees of its security from the West, causing speculation that he is placing hopes in Germany’s new, post-Merkel government, to take a “clean slate” approach.

While Belarus already enjoys a common defence pact with Russia, moves by the increasingly isolated Lukashenko to forge deeper economic and military links with Putin have been causing increasing concern for Nato.

However, helping to engineer an invitation to provide troops to aid an increasingly beleaguered Belarus would avoid this, and allow Russia to claim that it was acting in the interest of regional defence. “Putin wants to renegotiate the entire landscape when it comes to Russian ­security in Europe – he wants a new deal with the US and Germany,” said Debski.

“He is collecting bargaining chips with the hope that he’ll be given a clean slate.”

Viktorija Starych-Samuoliene, of the UK Council on Geostrategy think-tank, said: “Putin wants an invitation from ­Luka­­shenko to base Russian troops in Belarus. Whether this became a permanent thing would depend on events.

She added: “But such a scenario would dramatically alter the geopolitical landscape – and not in Nato’s favour.”

Meanwhile, the number of migrants trying to force their way into Poland from Belarus fell again on Friday.

The Polish Border Guard said there were 195 attempts on Friday, down from 250 on Thursday and 501 the day before.

It follows the removal of 2,000 migrants from a makeshift camp at the border to a nearby warehouse complex.