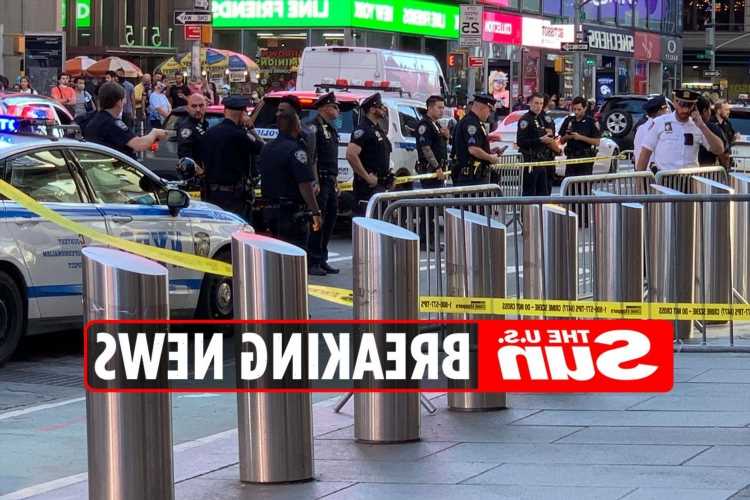 POLICE evacuated Times Square for a short time on Friday"out of precaution" as cops investigate a "bomb threat" call near the Disney Store before they determined there was no danger.

Officers with the New York Police Department responded to the scene at 1540 Broadway at 3.48pm after receiving a "bomb threat" call on Friday. 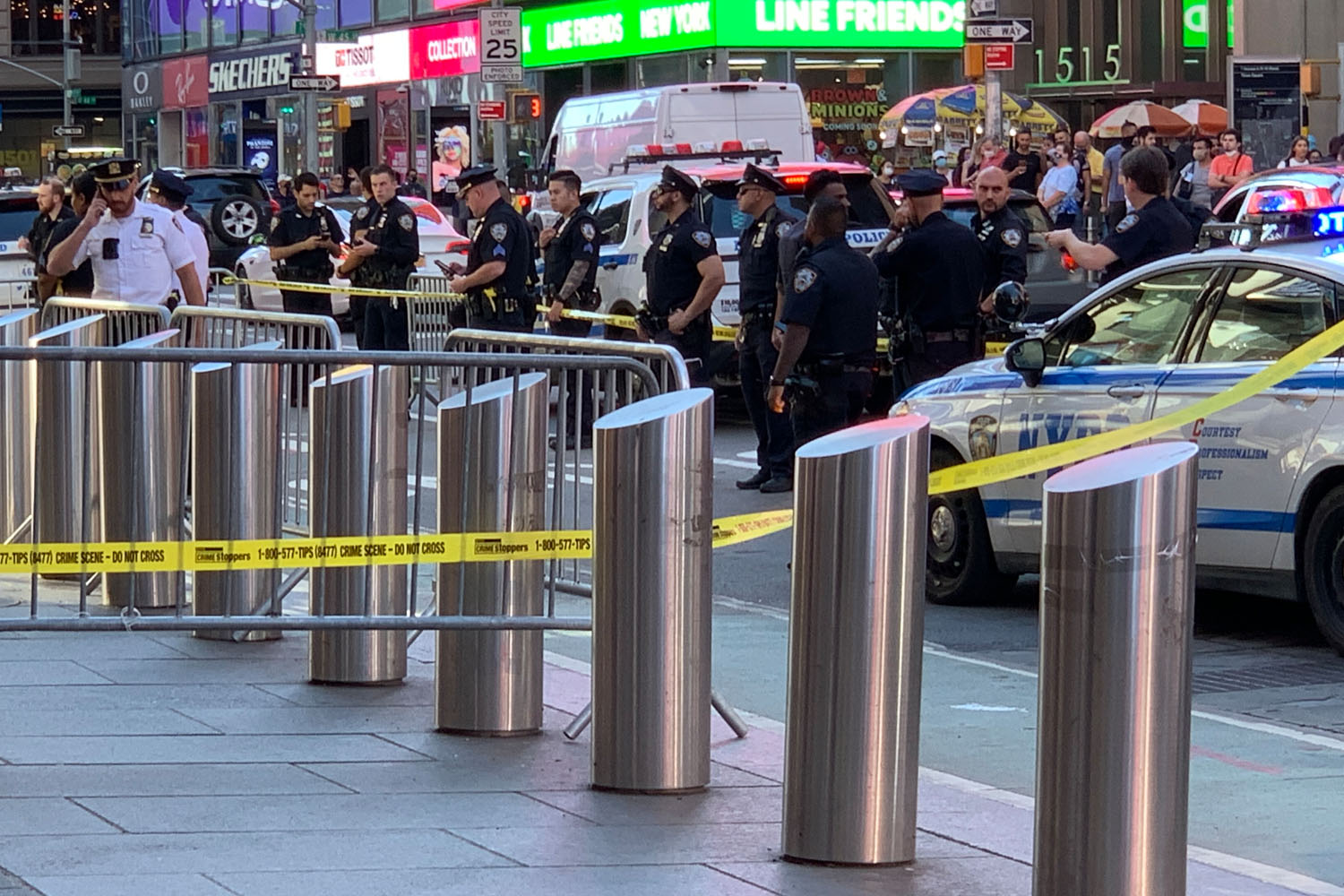 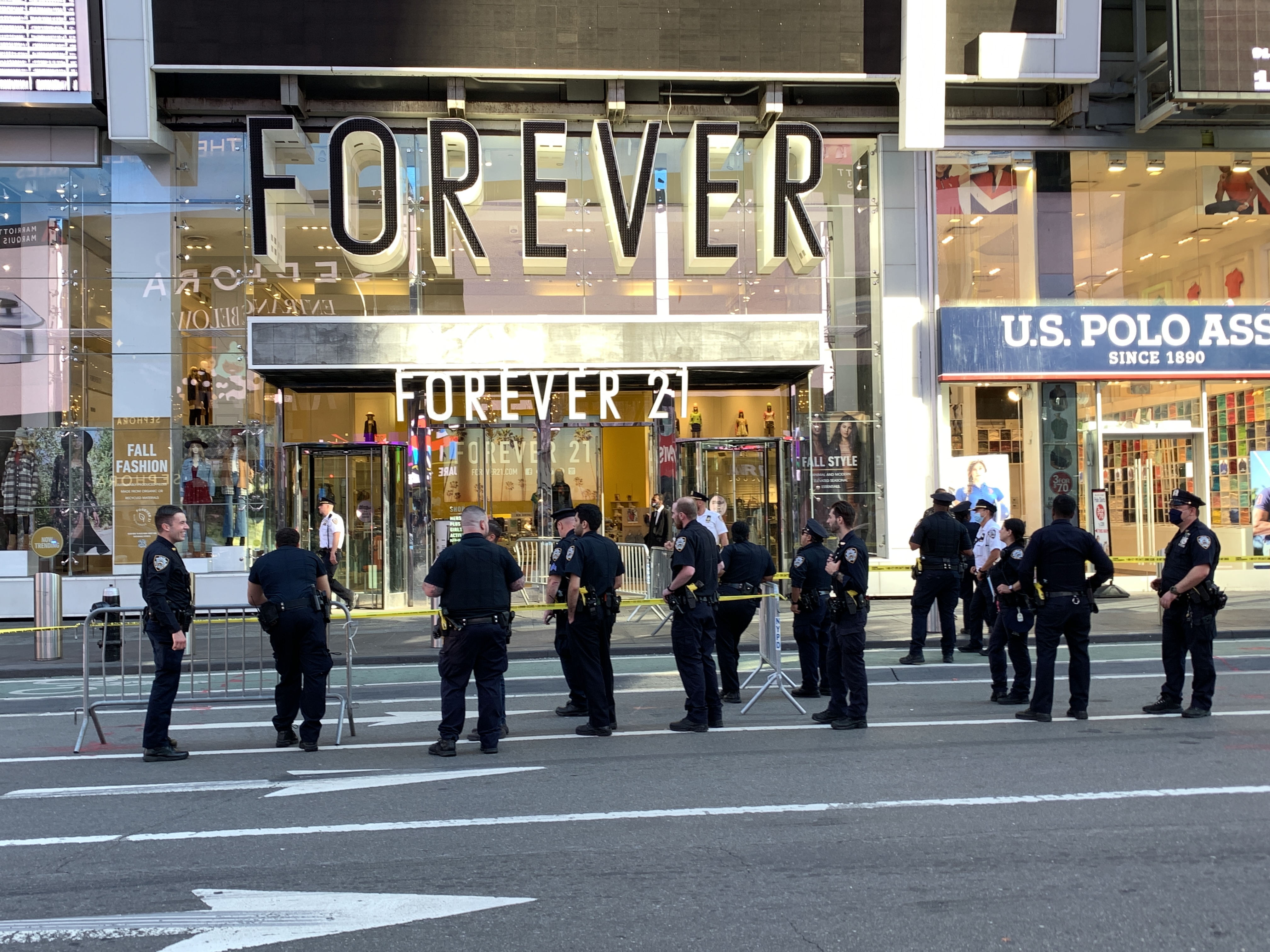 At around 5:15pm authorities called off the bomb threat.

"All-clear in Times Square," a tweet by Steve Bognar of WNBC.

The department put out an official tweet confirming that traffic around the the Crossroads of the World opened back up.

"Following an earlier closure, traffic will resume back to normal," according to a department tweet.

Initially, the Office of the Deputy Commissioner of Public Information (DCPI) could not confirm whether the threat was legit or whether it was a "distressed caller".

However, DCPI said cops evacuated West 45th and W46th street on 7th avenue "out of precaution" as they investigated the scene.

"Due to police activity, please avoid the vicinity of West 45th Street and 7th Avenue. Expect delays in the surrounding area," the NYPD tweeted.

The Disney store was evacuated and the streets around it were cordoned off as police investigated the threat, the NYPD said.

In a typical year, nearly 360,000 pedestrians enter the heart of Times Square each day.

The evacuated area is home to the Disney Store, Forever 21, Levi's, Sephora, and T-Mobile among others.

Friday's bomb scare comes nearly a month since a crowd outside the Disney store ran in fear after a report of "shots fired."

Police responding to the reports outside of the Disney Store on the night of Aug. 29 confirmed that it was not gunfire, but a dispute between two people.

Over the summer, the tourist destination encountered multiple shootings.

A 21-year-old marine was shot in the back by a stray bullet in the area in June.

In May, a 4-year-old girl and two women were also struck by gunfire in the area. 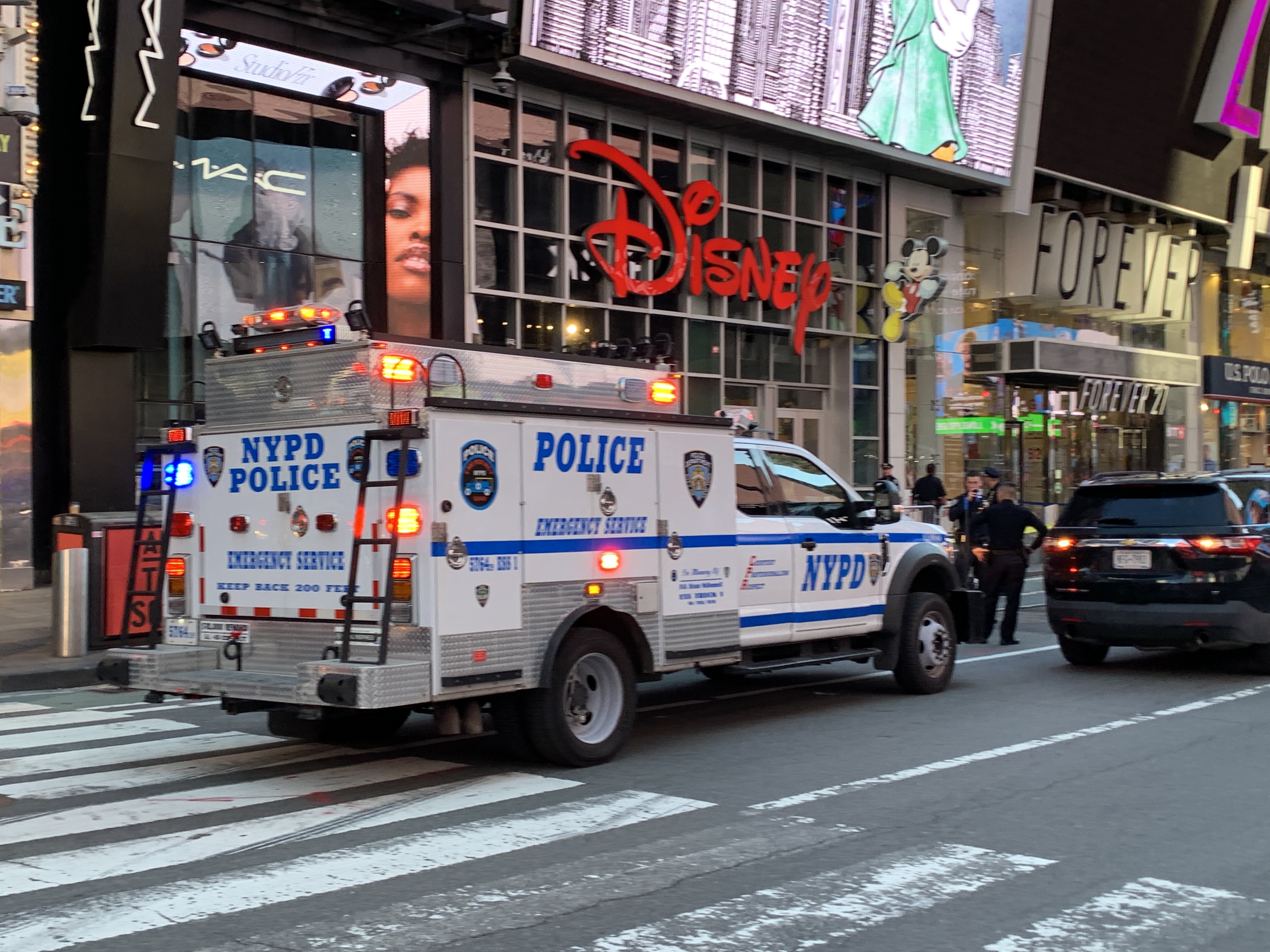