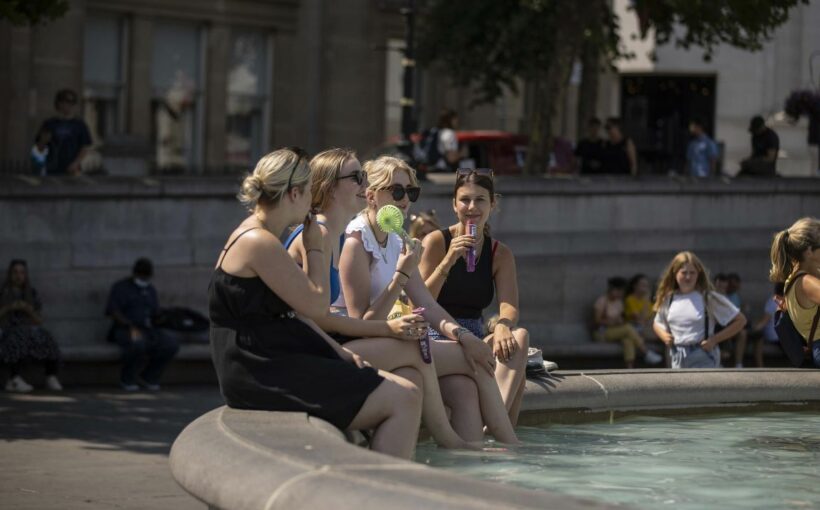 The Met Office has issued a red weather warning alongside two amber warnings lasting until 23:59 on Tuesday. Thankfully for Brits, the weather is set to cool by Wednesday to provide some relief following potentially 40C temperatures.

The Met Office red warning warns of population wide adverse health effects which can impact more than just the vulnerable.

The warning added that daily routines such as work situations must be altered while the warning is in place.

Once again traffic and other transport services are expected to be impacted alongside power supplies and heat-sensitive equipment.

The Met Office said on Friday: “Exceptional, perhaps record-breaking, temperatures are likely on Monday, then again on Tuesday. 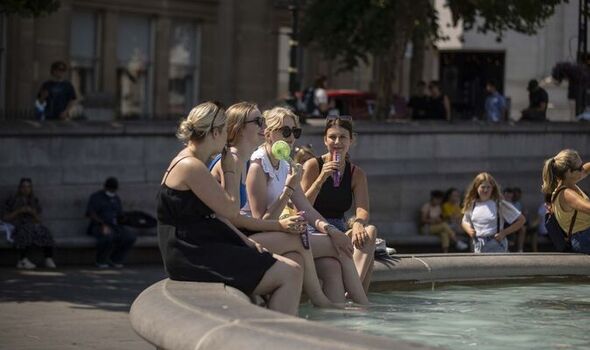 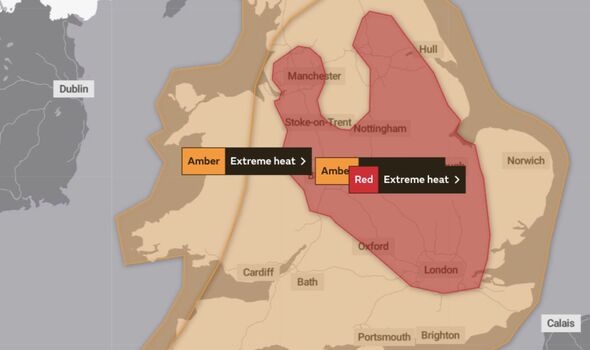 “Nights are also likely to be exceptionally warm for the UK, especially in urban areas.

“This is likely to lead to widespread impacts on people and infrastructure.

“Temperatures are expected to drop away from Wednesday onwards.” 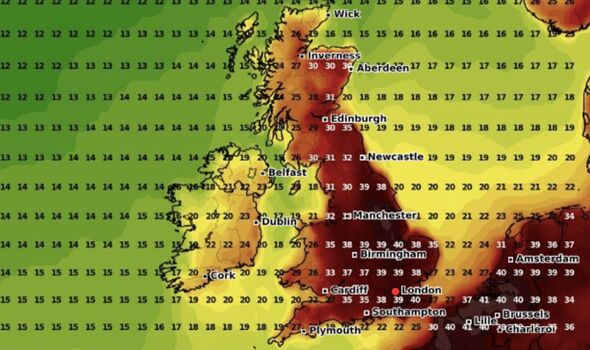 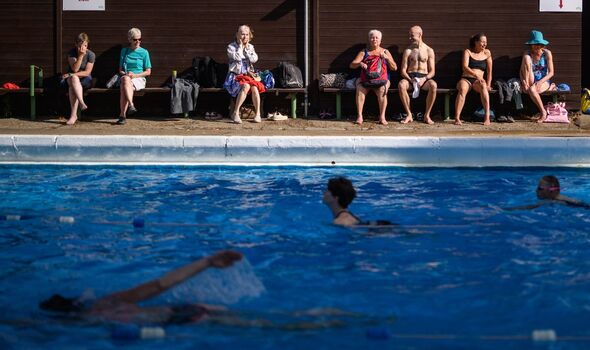 Monday night saw temperatures in the mid-twenties rising the heat levels for Tuesday with some models suggesting 41C in Yorkshire and 40C in London.

The previous heat record was set in 2019 at 38.7C but according to the Met Office some models are forecasting highs of 43C in some areas.

Luke Miall, a Met Office meteorologist said: “I’ve been a qualified meteorologist for 10 years and telling people about 41C in the UK doesn’t seem real…It’s been quite an eye-opener to climate change with all these temperatures in the UK.” 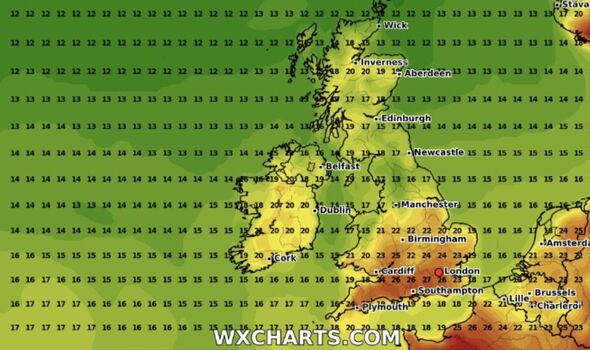 Brits have been advised to stay indoors on Tuesday between 11am and 4pm and to wear sun protection such as sun cream and a hat and to remain hydrated and in the shade.

According to WXCHARTS, temperatures in Southern England will begin to dip to highs of between 25C and 30C.

In the north of England it may even feel slightly chilly with temperatures averaging in the low twenties before the end of the week sees highs of 20C and most areas in the high teens.