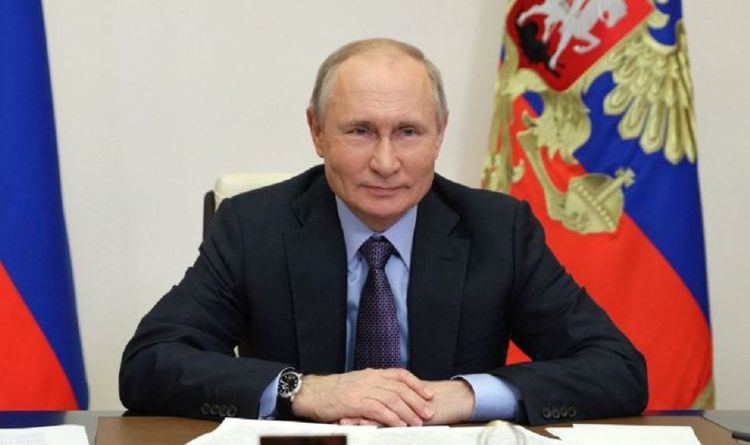 In a furious discussion with GB News’ Tom Harwood on Tuesday, the MP for Thanet South suggested the UK must instead begin exploring its own gas and nuclear reserves to become more self-sufficient and less reliant on adversaries such as Vladimir Putin. His comments come amid a chaotic gas shortage that has sent energy prices soaring in Britain, while industry experts warn continued gas shortages will impact the food supply of Britain.

Mr Mackinlay said: “We are sitting on a good deal of gas, if we were to embrace it, not just in the North Sea, [there are] other fields that could be exploited.

“Even if we are on this trajectory of reducing our reliance on fossil fuels… they are going to be part of out fuel mix for at least another generation.”

But in a seething attack on the Russian President Vladimir Putin, the MP hammered how he could not see the sense of buying “Putin’s gas” which requires the transfer of billions of pounds, euro’s and dollars “to a regime which seems hellbent on being fairly beastly to us”.

He added how that money is now being funnelled into beefing up Russia’s military through the constriction of ships and aircraft which can be used against the west.

JUST IN ‘But wages are rising!’ Boris Johnson rows with GB News over tax hikes and food shortages

As a result Mr Mackinlay slammed how the situation “has got to be mad” when the UK has the potential to source its own gas from under Britain’s feet.

He went on to claim how the fallout of Britain not exploring its own gas potential is the gas shortage being faced currently.

The Conservative slammed: “I do not think the lights will be going out but there will be a  huge cost to the taxpayer and a lot of businesses will be going bankrupt on the back of it.”

He concluded how the UK has got their energy industry wrong and instead needs to forge a different path whereby the country produces more of its own nuclear and gas energy.

Cleverly on ‘protecting integrity of supply’ amid gas price spike

Europe and the UK partly rely on importing gas from Russia’s state-owned gas company Gazprom which exports huge quantities abroad but the company has recently been accused of meddling with price of gas amid the worldwide shortage following soaring demand post-Coronavirus.

The gas market is crucial to the UK’s energy supply because of its role in heating, industry and power generation.

More than 22 million households are connected to the gas grid, the UK government says.

It comes as in 2020, 38 percent of the country’s gas demand was used for domestic heating, 29 percent for electricity generation, while 11 percent is ploughed into industrial and commercial use which is where concerns over food shortages are simmering.

It come as Prime Minister Boris Johnson dismissed concerns over the growing gas crisis and fears over food shortages in the UK as he insisted he had “every confidence in our supply chains” before adding how he felt the UK “can manage the situation very, very well”.

He stressed how the gas shortages are a “symptom” of the pandemic and how surging demand for gas has led to energy chaos.

But he suggested as a result Britons should “pick their benefits” on energy this winter.

He gave examples of not all putting the kettle on “after the Cup final” or refraining from using energy to thaw out frozen pipes.