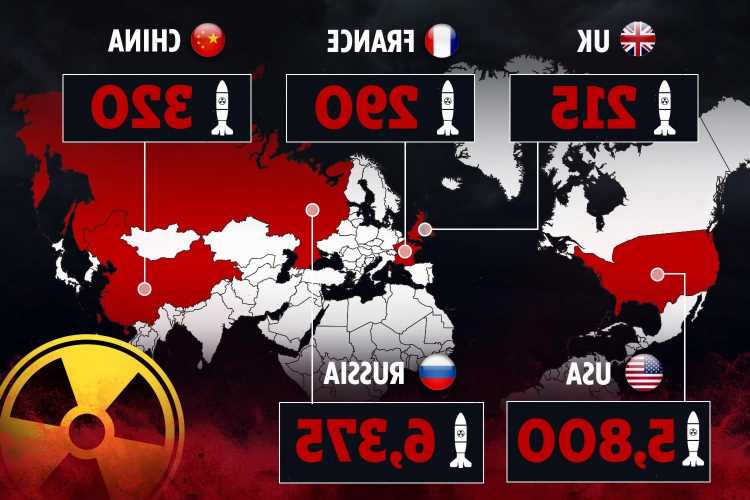 THE UK, Russia, US, China and France have admitted "no one can win a nuclear war" in a stark and rare joint warning amid mounting fears World War 3 could erupt.

The superpowers put aside their differences and pledged to stop the spread of atomic weapons to avoid a catastrophic nuclear Armageddon. 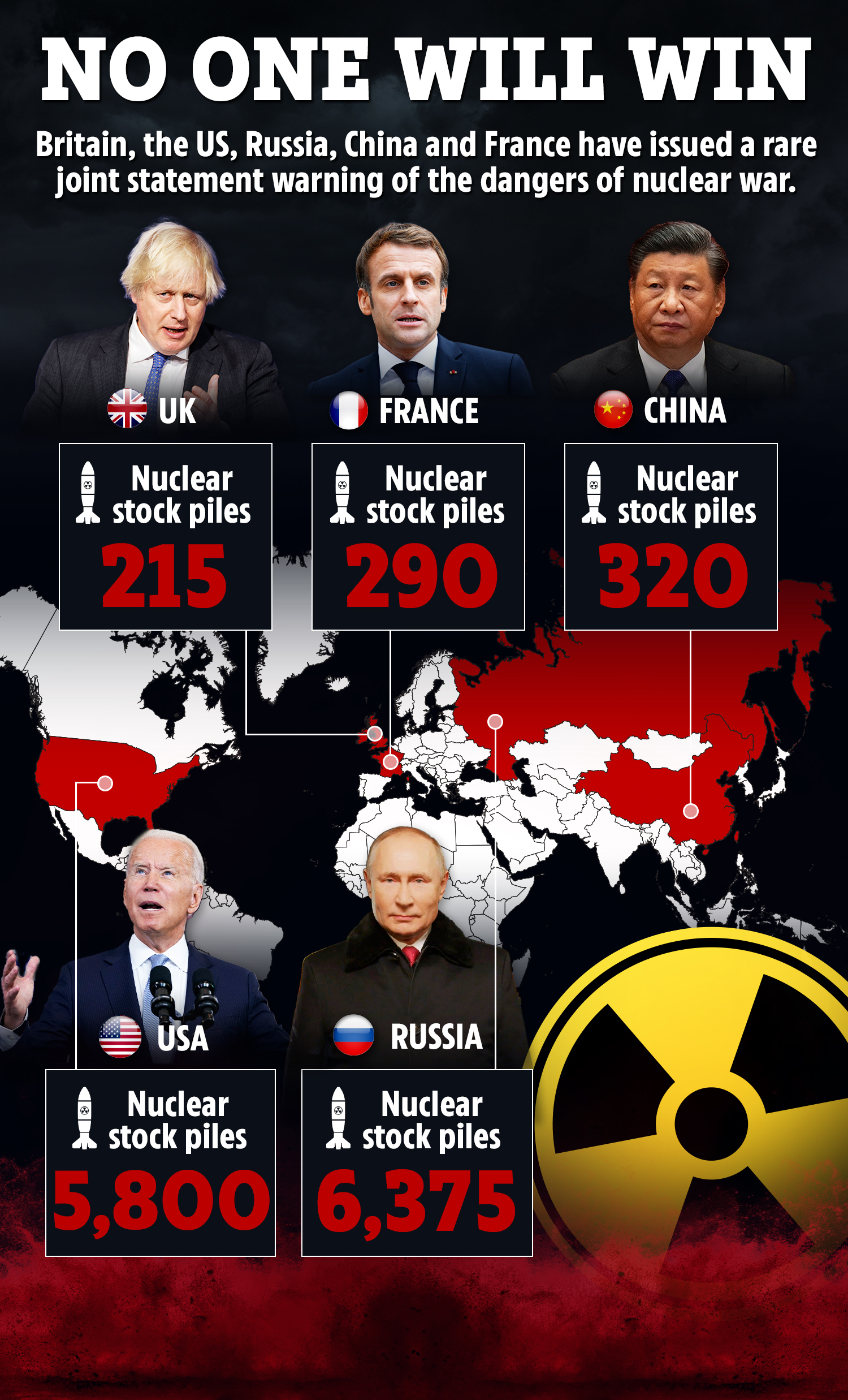 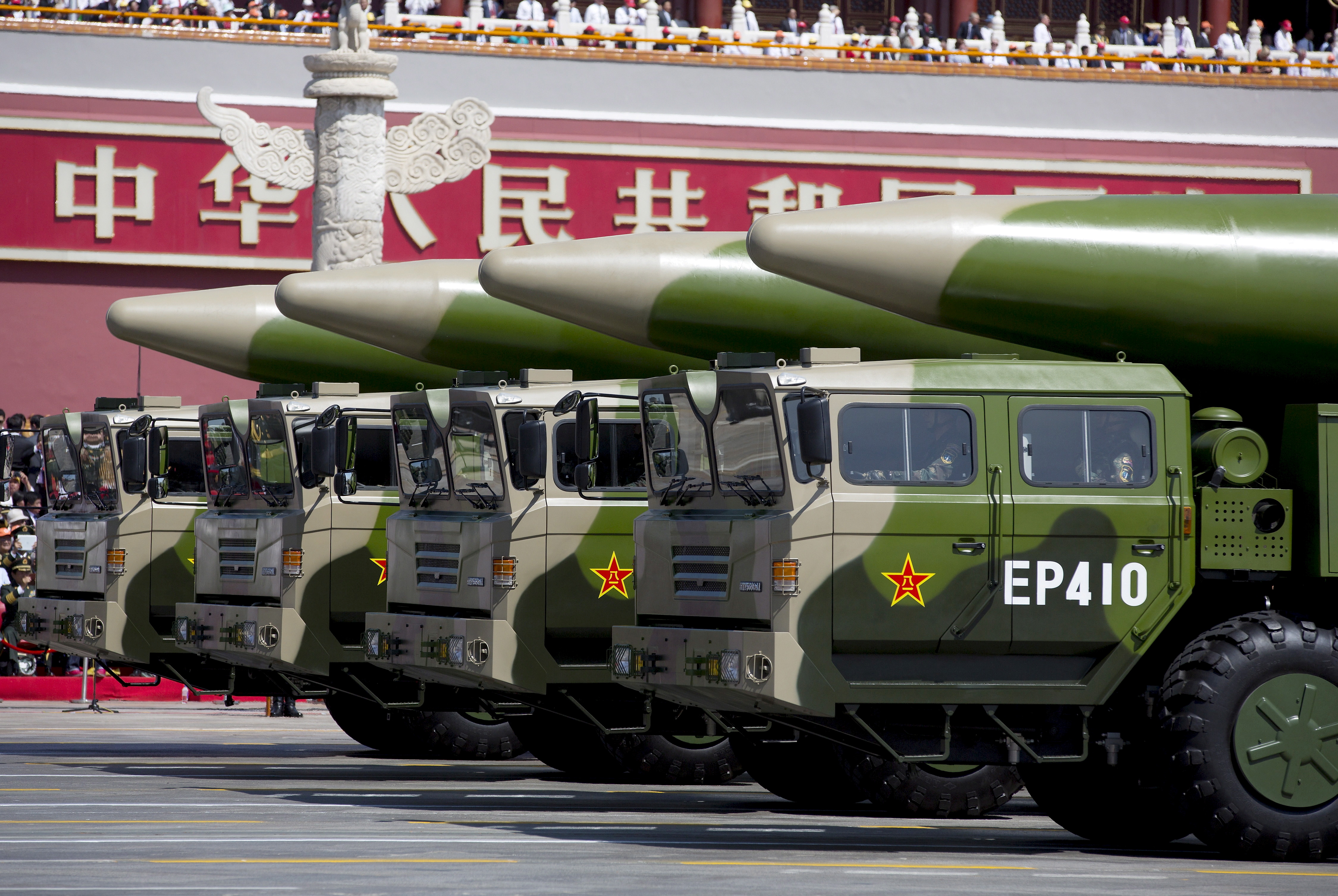 In an explosive statement released by the five countries, who are all permanent members of the UN Security Council, they calmed fears of an incoming deadly fallout despite bubbling tensions across the globe.

The Kremlin published the joint declaration on Monday, which read: "We affirm that a nuclear war cannot be won and must never be fought.

"As nuclear use would have far-reaching consequences, we also affirm that nuclear weapons — for as long as they continue to exist — should serve defensive purposes, deter aggression, and prevent war."

The English-language version of the statement released by the White House went on to discuss the countries united goal of creating an atmosphere of security.

It also cited the importance of addressing nuclear threats and of preserving and complying with non-proliferation, disarmament and arms control agreements.

"We each intend to maintain and further strengthen our national measures to prevent unauthorised or unintended use of nuclear weapons," the statement continued.

"We underline our desire to work with all states to create a security environment more conducive to progress on disarmament with the ultimate goal of a world without nuclear weapons with undiminished security for all."

France also released the statement while stressing the joint efforts for nuclear arms control and disarmament.

They would continue bilateral and multilateral approaches to nuclear arms control, it said.

The announcement comes after a key meeting on nuclear weapons was postponed by the UN amid rising coronavirus cases.

Diplomats had been set to review the 1970 nuclear Non-Proliferation Treaty to limit the spread of atomic arms.

All nations were granted dispensations to maintain stockpiles as long as they continued working toward the eventual elimination of nuclear weapons.

Russia leads the board with a stockpile of 6,375 nuclear weapons while the US follows closely behind with 5,800.

The two rivals are splashing billions of dollars on state-of-the-art weapons systems, raising fears squabbles could spill into nuclear conflict.

But the five countries have vowed to stick by their earlier agreements to work towards a world without nuclear weapons.

The global powers said they want to "prevent an arms race that would benefit none and endanger all".

The statement's release was welcomed as international relationships continue to become increasingly strained.

The UK and US have rallied behind Ukraine and promised to support them if Russia invaded, amid a mass build-up of troops on the border.

But experts warned President Putin could strike and spark World War 3 if Joe Biden bows down to the Russian strongman's demands, with the pair set to hold crunch talks on Thursday.

Russian wargames have continued to ramp up while Putin’s satellite-destroying S-550 missile that’s capable of shooting down “space weapons” was reportedly put into service.

But Biden warned making any moves on Ukraine will draw sanctions for the powerhouse and an increased US presence in Europe.

Washington also has its hands full with tensions with China – most notably over Taiwan – again sparking fears it could trigger a world war.

Beijing have promised to one day seize Taiwan, by force if necessary, as they see it as part of its territory, while the US have continued to support their independence.

China's foreign minister warned just last week that US encouragement "not only puts Taiwan into an extremely dangerous situation but also exposes the United States to an unbearable price".

Russia and China then formed a "deadly" alliance in the face of hostility with the US, sparking concerns they could team up for a takeover.

The amounting conflicts have seen experts warn the world is teetering on the edge of a devastating war.

Russia applauded the news of the statement, with the foreign ministry saying they hope " the approval of such a political statement will help reduce the level of international tensions." 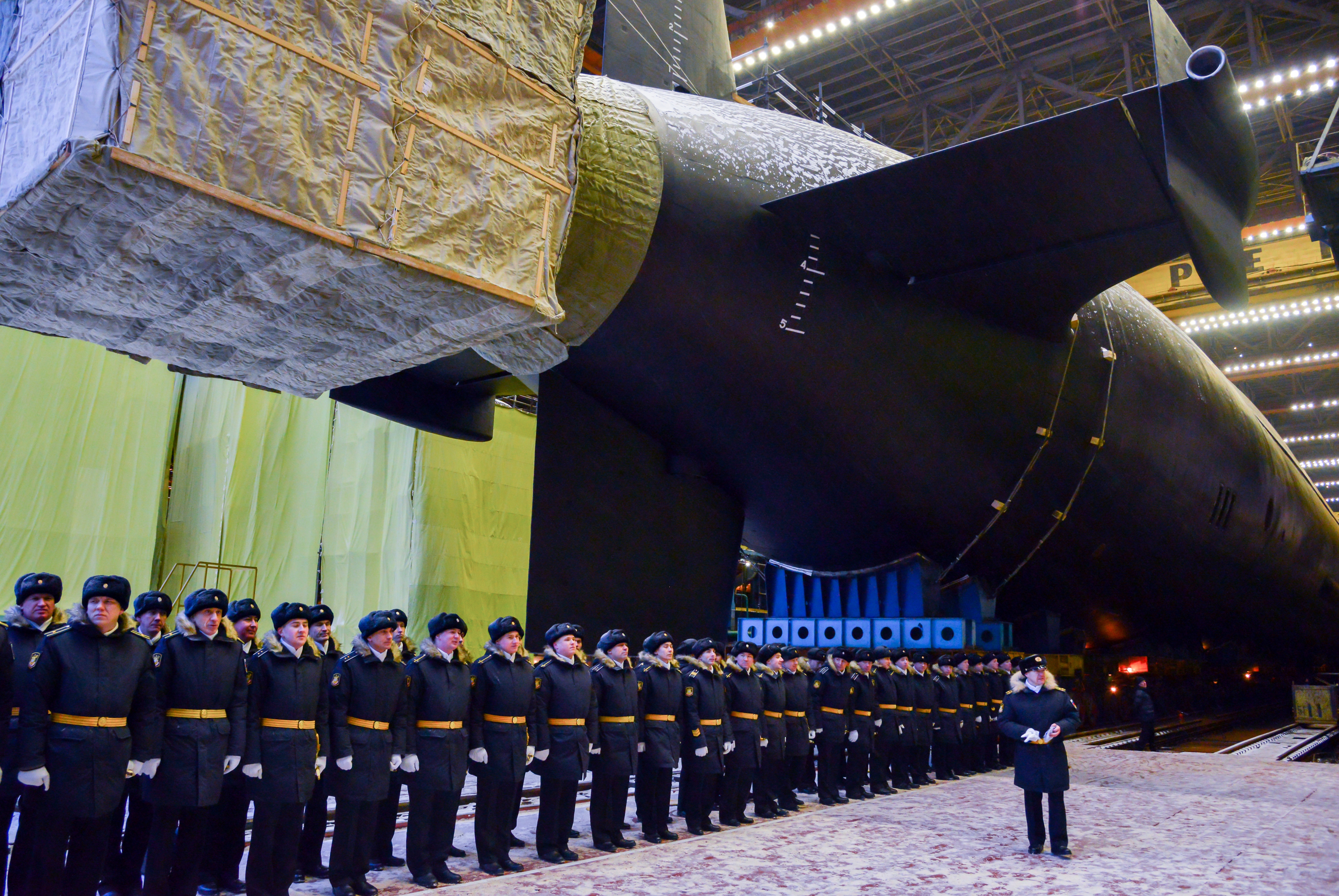 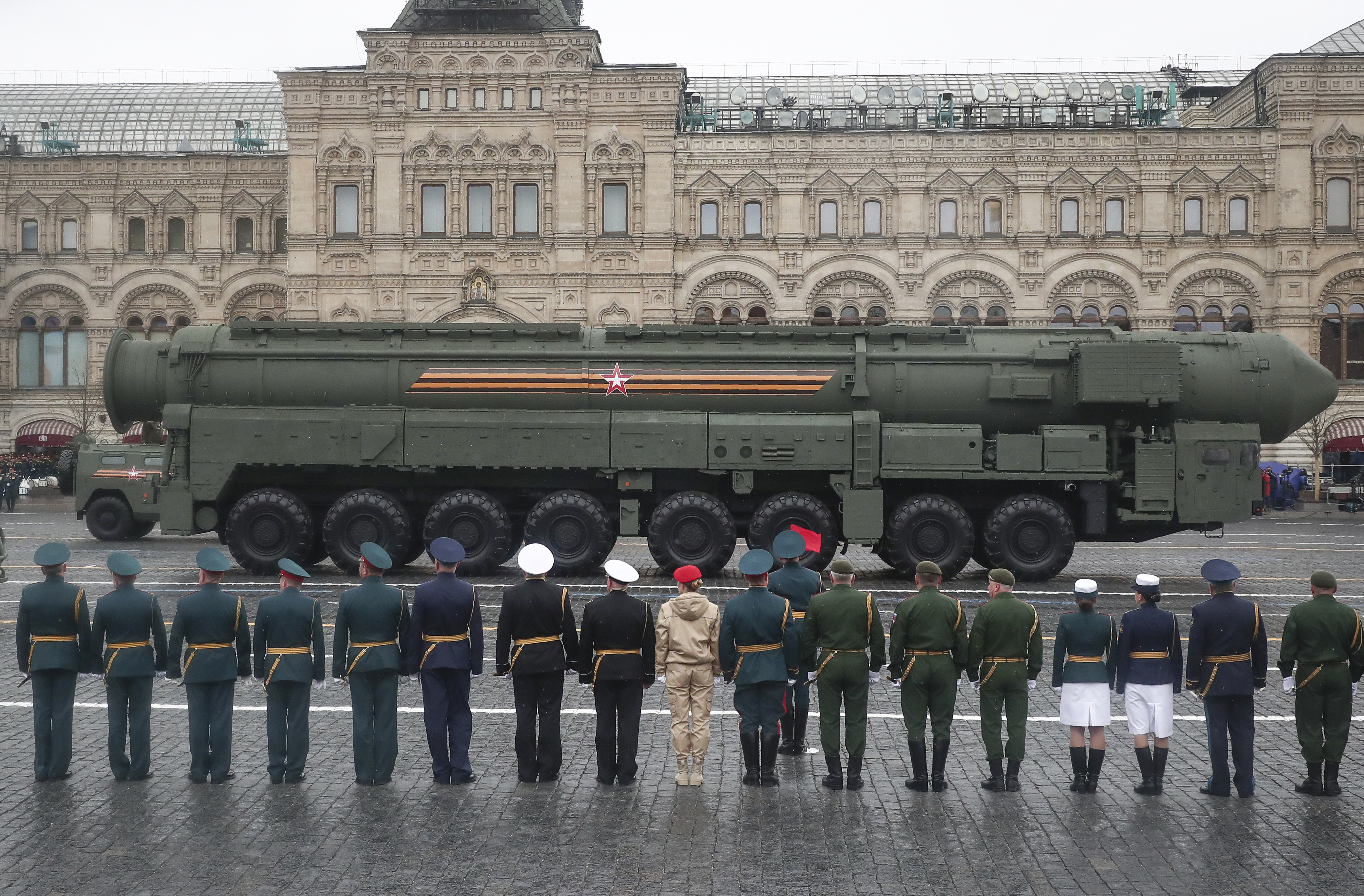