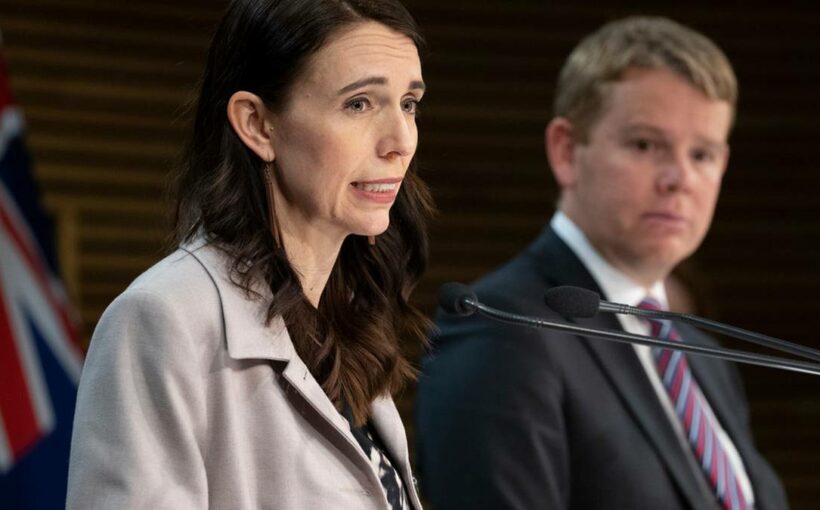 Kiwis in Melbourne are likely to get further guidance on what they should do as Covid-19 Response Minister Chris Hipkins talks to Newstalk ZB host Mike Hosking this morning.

The pair are due to chat at 7.30am as concerns grow that Victoria may report a higher number of new Covid-19 community cases today.

Hipkins has already told Kiwis in Melbourne worried about whether the transtasman bubble for Victoria might pause that they should come home as soon as possible.

Melbourne registered seven locally-acquired cases yesterday, sparking concerns the Delta variant may have travelled there from New South Wales and is yet to be contained.

In a statement, Hipkins said the bubble with Victoria remained open and he was awaiting further information.

“There are also a growing number of locations of interest that are of concern, including a sports stadium on Saturday and several pubs.

“Public health officials are currently reviewing the situation in Victoria and will provide advice to me in due course. In the meantime I want to encourage anyone with concerns about the potential of a pause to quarantine-free travel, to organise to get home as soon as possible.”

Travellers from Victoria would still need a negative pre-departure test, he said, and to fill out a travel declaration form including whether they had been to a location of interest.

“I will provide an update once I receive further information from public health officials.”

Earlier, Hipkins responded to frustrations from Kiwis stuck offshore due to not being able to get MIQ spots.

The Government has faced increased anger in recent weeks from New Zealanders who have been unable to return home from places such as Europe, Asia and America because they have not been able to secure bookings for post-arrival isolation.

But speaking today, Hipkins said regardless of what system the Government introduced to allocate MIQ spots to returning New Zealanders, demand will continue to outstrip supply.

“There is a reason I stood here several months ago and said to New Zealanders who need to come home ‘now is good’ – it’s because we had space and because we knew that there was a likelihood at some time in the future demand would once again build to outstrip supply,” he said.

“New Zealanders abroad wanting to come home were forewarned of that potential quite some time ago.”

The MIQ booking system has also been criticised after it emerged websites are now offering up to $2415 to use bots and scripts to quickly snap up an MIQ room, while one tech-savvy person is now voluntarily helping people book MIQ rooms with the help of a script that partially automates the process.

Some people wanting to get home from overseas have been unable to book any of the 2000 MIQ spots for November after they were quickly snapped up.

Joint Head of Managed Isolation Megan Main said today in regards to bots assisting with bookings for MIQ slots, the tech could help but a person still needed to do the actual booking.

This was not a system problem so much as a demand versus supply problem, Main said.
The aim was to make it as equitable as possible. A US-style green card lottery ballot system has been considered, as well as introducing a waiting list, she said.

Main said the Government needed to be careful they kept the system stable.

In April and May rooms were available to September, where supply exceeded demand, while now they had moved back the other way.

One of the challenges with a wait list was it pushed the problem further up the pipeline. They did not want people staying on the wait list when they did not need their booking anymore.

In terms of aligning flights with MIQ slots, as with the NSW situation, Main said they had set up a whole new situation to manage returns. They could do this for a short period of time, but it was quite complicated and involved hourly conversations with airlines. This was sustainable for a short burst but was not a long-term situation.

In other developments today, amid criticism for allowing international mariners infected with Covid-19 onshore putting the country at risk, Prime Minister Jacinda Ardern said New Zealand “has an obligation” to help those in distress.

She was, however, asking more questions about obligations to help with re-crewing efforts for similar foreign-flagged vessels that had no economic interest and were “against our environmental interests”.

Auckland University professor Des Gorman told Newstalk ZB he was “very concerned” and said they should never have been allowed onshore in the first place.
The whole point of the quarantine system was to leave the virus offshore, with measures like pre-departure testing, he said.

“Here we have shifted the risk from offshore to onshore. Now we have 15 highly infectious people sitting in a building in Wellington. This is not how you do business.”
He said it was “very likely” they had the highly infectious Delta variant and said they should be confined to their hotel rooms to prevent any outbreak.

Ardern said the crew aboard the Viking Bay fishing ship should not have been kept at sea.
New Zealand had an obligation to those who “may be in distress or need medical assistance” within the country’s geographical boundaries, she said.

The mariners are at the Grand Mercure in Wellington, which has opened up a second floor to isolate them. The 5-star hotel is a dual-use managed isolation facility which houses both infected and non-infected returnees.

Ardern said the Government had done all it could to ensure there would be no transfer of the virus.

Despite the Grand Mercure not being a dedicated quarantine facility, Ardern said it did adhere to the same standards.

“We do everything we can around infection control. We have had Covid cases in Wellington facilities before, we maintain the same infection controls in any facility where people might have Covid regardless if someone has tested positive.”

The Spanish-flagged vessel hasn’t been fishing in New Zealand waters and was not operating on behalf of a New Zealand fishing venture, MPI says.