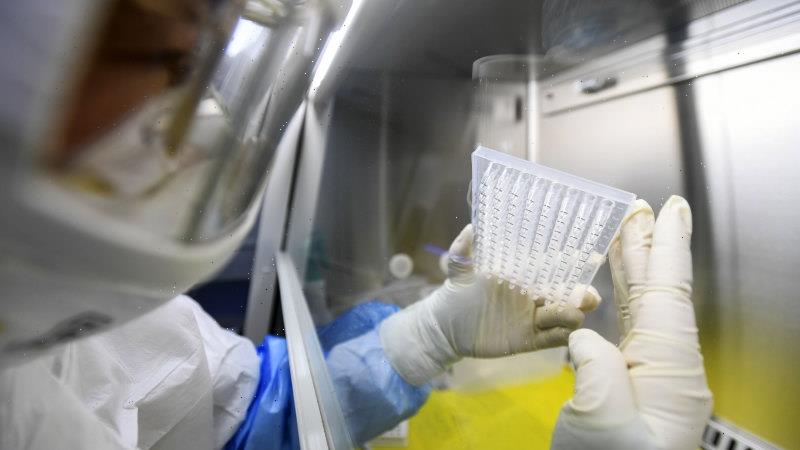 Washington: The US intelligence community is unsure whether the coronavirus originated in a Wuhan laboratory or emerged naturally through animals, but most agencies believe it was probably not engineered in a lab.

The findings were contained in a much-awaited unclassified version of an intelligence report commissioned by US President Joe Biden to probe the origins of the virus. 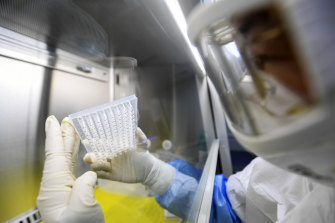 An employee studying coronavirus in a laboratory in Wuhan in February, 2020, during the first outbreak. Credit:AP

A classified version of the report, prepared by the office of the Director of National Intelligence, was delivered to the White House earlier this week.

The inconclusive nature of the report will likely only heighten, rather than end, the increasingly heated and partisan debate in the US about the origins of the coronavirus.

Prominent Republican politicians have been adamant the virus originated from a lab leak and have sought to tie infectious disease expert Dr Anthony Fauci to funding for so-called “gain-of-function” research (which alters biological organisms to enhance their property) into coronaviruses.

Following the release of the report Biden blasted China for stymieing probes into the origins of the virus by blocking investigators from accessing crucial lab records and samples.

“To this day, the PRC [People’s Republic of China] continues to reject calls for transparency and withhold information, even as the toll of this pandemic continue to rise,” Biden said in a statement.

“We needed this information rapidly, from the PRC, while the pandemic was still new.”

Biden said that nothing less than a “full and transparent accounting of this global tragedy” would be acceptable.

“The world deserves answers, and I will not rest until we get them,” Biden said. “Responsible nations do not shirk these kinds of responsibilities to the rest of the world.”

The two-page summary states that most US intelligence agencies believe that SARS-CoV-2 was probably not engineered in a lab.

Two other agencies said they did not have enough evidence to make a call either way given China’s efforts to block any independent investigation into the origins of the virus.

“All agencies assess that two hypotheses are plausible: natural exposure to an infected animal and a laboratory-associated accident,” the unclassified report states.

The report says there is broad agreement in the intelligence community that the virus was not developed as a biological weapon and that Chinese officials did not have advance knowledge before the initial outbreak in Wuhan. 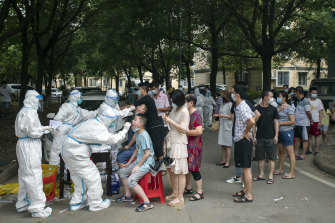 Residents line up to be tested for COVID-19 in Wuhan, China, this month.Credit:AP

Four elements of the intelligence community and the National Intelligence Council assessed that the initial outbreak was most likely caused by natural exposure to an animal infected with SARS-CoV-2 or an extremely similar virus.

“These analysts give weight to China’s officials’ lack of foreknowledge, the numerous vectors for natural exposure, and other factors,” the report states.

The assessment is classed as “low confidence”, meaning that while analysts believe this is the most likely scenario, they have questions about the credibility or plausibility of some information underlying the assessment.

One element in the intelligence community said they believed the first human infection was probably the result of a laboratory-associated incident. This likely involved experimentation, animal handling or sampling by the Wuhan Institute of Virology.

“These analysts give weight to the inherently risky nature of work on coronaviruses,” the report states.

This assessment is classed as “moderate confidence”, meaning the analysts believe the underlying information is plausible and comes from credible sources.