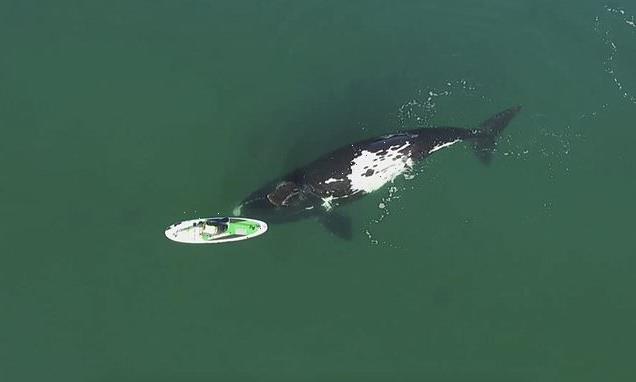 A drone pilot captured incredible images of a large southern right whale ‘playing’ with a paddleboarder off the Argentinian coast.

The encounter, near Puerto Madryn, saw the 50ft whale nudge the woman’s paddleboard before diving below her.

Witness Oscar Comes, who runs a local water sports business, said: ‘They are rare moments, it is something that is prohibited.

‘It isn’t like you can go in a kayak, standup board, a boat, or whatever, to look for the animal.’ 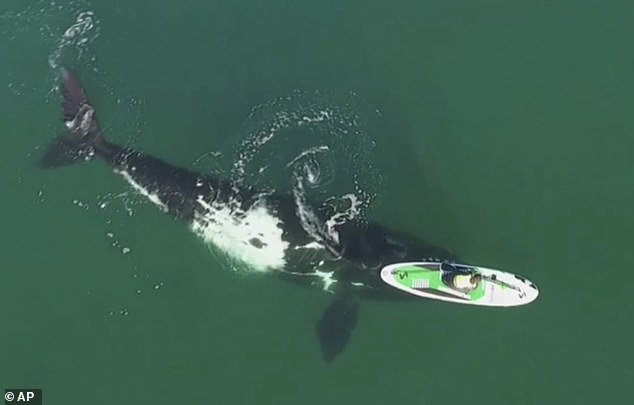 After nudging the paddleboard, the massive whale swam below the woman, pictured, off the coast of Puerto Madryn, Patagonia 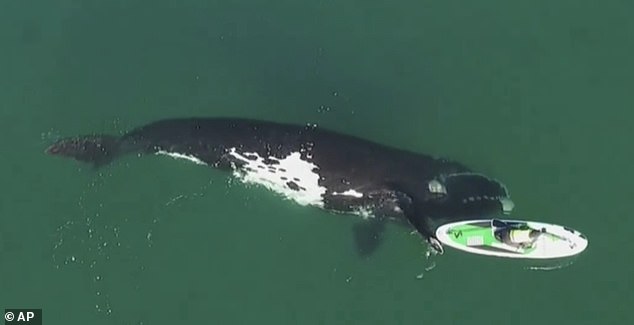 Southern right whales are making their annual migration off the Patagonian coast, drawing many tourists to the region to watch the magnificent creatures – from a distance.

Puerto Madryn’s tourism secretary Marcos Grosso said there an estimated 1,600 southern right whales in the region, and the whale watching season runs between May and December.

Southern right whales are making their annual migration off the Patagonian coast, drawing many tourists to the region 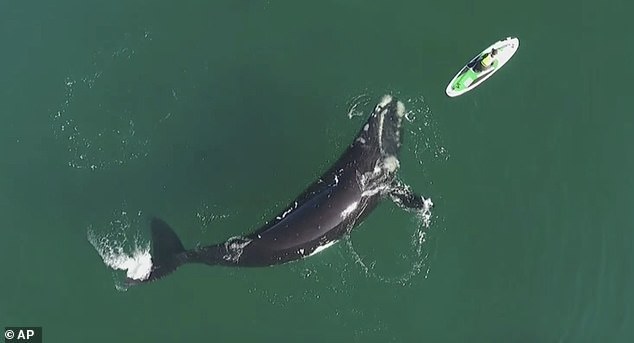 The southern right whale is a species of baleen whale which was once hunted to the brink of extinction by humans.

Hunting of the ocean giants was banned in 1935 but illegal Russian whaling operations continued until the late 1970s.

The whales are slow swimmers and naturally full of blubber, oil, meat and baleen (whalebone), all of which combined to make them prime targets for whalers.

Southern right whales live all over the southern hemisphere of the Earth and migrate every year to warmer waters to breed, often off the coast of South America, South Africa, Australia and New Zealand.

Their bodies are mostly black with patches of white on their underbelly and chin, and they lift their huge tails out of the water when starting to dive beneath the surface.