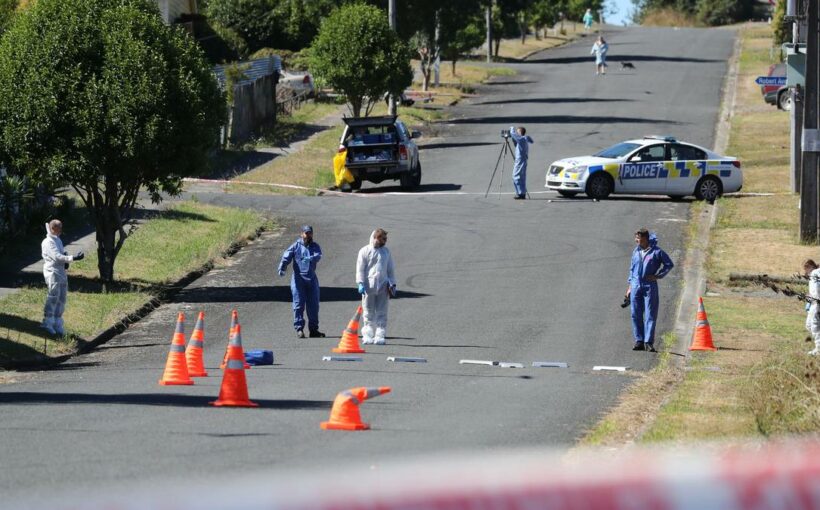 A man found guilty of killing a man with an axe in rural Waikato has been jailed for six years.

Rydell Martin was in March found not guilty of Phillip Macpherson’s murder and instead found guilty by a jury of his manslaughter, in a decision which upset his family at the time who said striking someone with an axe was “murder”.

Macpherson died after an incident in Pukemiro on March 1, 2019 where Martin fatally struck him with the axe during the fight.

The Crown claimed that Martin wielded the axe with intention of causing his death or at least injure him, knowing it could kill him.

But his defence lawyer, Philip Morgan QC, successfully argued that his client had no intention of killing him and had only wanted him to stop fighting with his two cousins.

He was also acquitted on a second charge of assault with an axe on one of those cousins, Hanuere Fisher-Williams.

Crown prosecutor Rebecca Mann said the violence handed down by Martin was “extreme” due to the repetitive blows using the back of the blade and also the fatal and “king hit”, using the blade, which ultimately took his life.

“It was the blow using the blade of the axe that caused his death.”

He disputed that the Crown had proven which blow was the fatal blow, however Mann later told the judge that they had a witness give evidence who saw Martin turn the axe in the last part of the attack.

In her sentencing, Judge Mary Peters said the fact that Macpherson would not be able to “see and help his children grow up is a particular tragedy”.

She told the court how Martin had been visiting an uncle earlier on in that fateful day before meeting up with a cousin, Alazay Fisher, and began drinking and partying.

Meanwhile, Jonothan Shand had been drinking with his girlfriend Sonia Macpherson, her brother Phillip Macpherson and another man, Shane Matangi, at their Robert St property in Pukemiro.

Not long after Macpherson had left the house, Shand said he heard yelling from down the road and was worried his friend was in trouble.

Shand picked up an axe and vacuum pipe which would later end up in the hands of Martin who was at that point in a fight with two of his cousins.

Justice Peters gave Martin a variety of discounts – including his “violent” upbringing before coming to an end sentence of six years’ prison.

'There will be no forgiveness for you'

Macpherson’s sister, Veronica, told Martin in her victim impact statement that she would never forgive him for killing her brother.

“I felt disgusted to hear you used an axe multiple times on an unarmed man.

“I felt disgusted when I heard Philip had begged for his life for you to stop as he had two young children.”

It had also exacerbated their father’s illness, given approximately 12 months to live prior to his death, their father was faced with burying his only son and would soon after die himself.

“Philip’s father passed away only a few months after his son was killed instead of the expected 12 months he had to live, the grief and loss took a significant toll.

“It was soul-destroying to see.”

She said Martin had shown no remorse.

“You chose to use an axe multiple times despite him begging you to stop and trying to get away.

“Instead of calling an ambulance straight after you killed Philip, you called a mate – in your words, a Bloods gang member.

“You never called for an ambulance or medical help at all. You didn’t try to help Philip, medically, in any way.”